Miami Beach has opened a major eleven-block expansion of its beachwalk.

The newly opened beachwalk brings the city one step closer to having a bicycle and pedestrian path that spans the entire length of the city, from South Beach to North Beach (around seven miles).

Last week, contractors completed a span from 53rd street in Mid-Beach to 64th street. It connects to an existing beachwalk north of there, which runs all the way to 79th street.

Phase 2 of the project is already under construction and will connect the new link at 53rd Street to an existing beachwalk which now ends at 46th street. Completion is scheduled for March 2019.

Also in 2019, the existing wooden boardwalk in Mid-Beach will be demolished and replaced. A small missing link in South Beach is also (controversially) under construction. 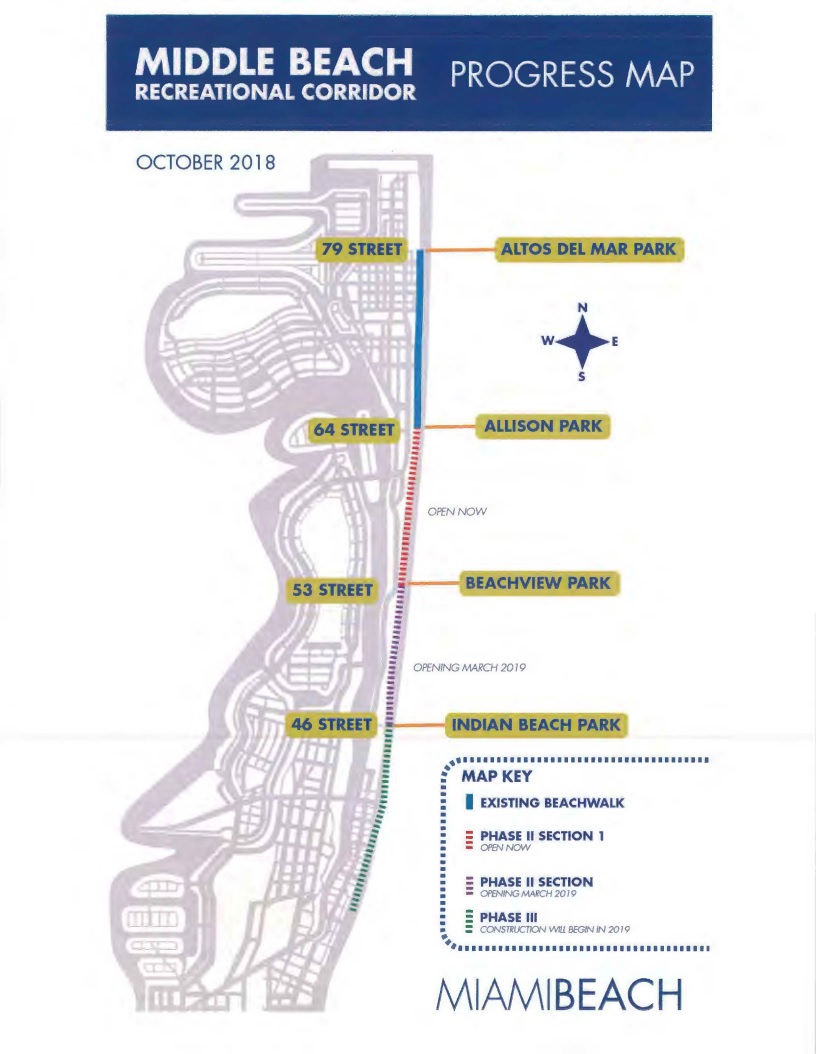 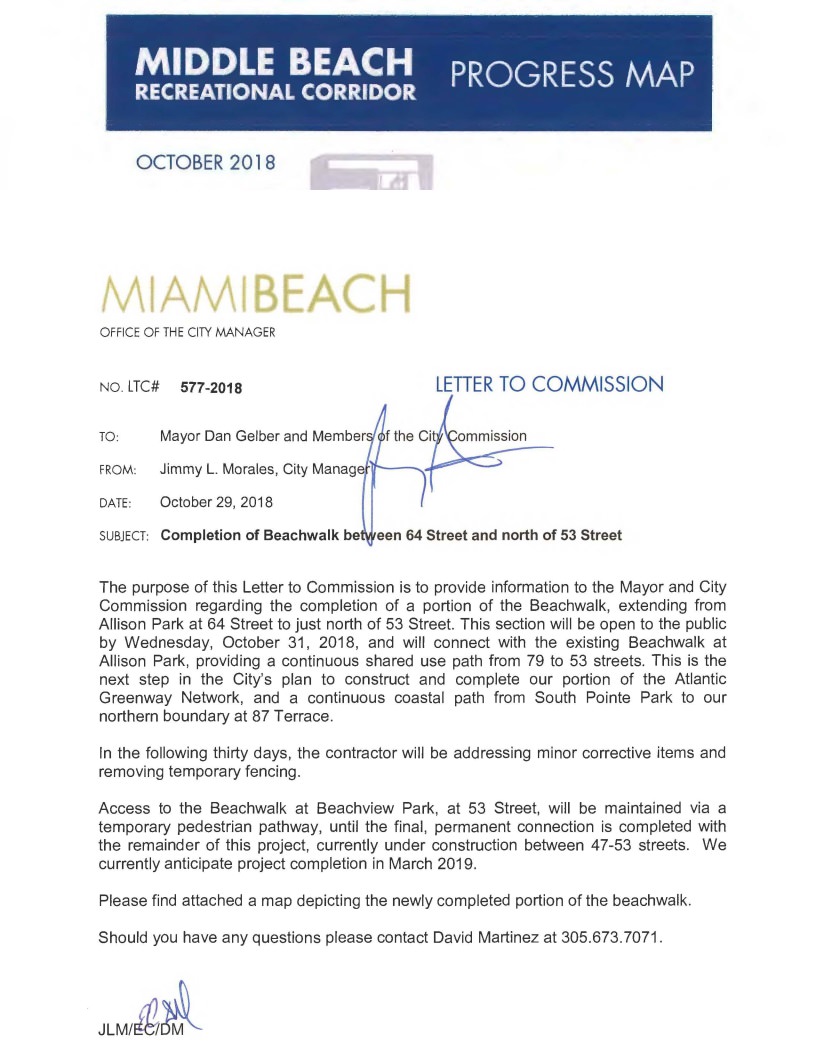