A transportation tunnel has been proposed in North Miami Beach by Elon Musk’s The Boring Company, according to Business Insider.

The February 1 proposal was made in response to a request for information from the city, Bloomberg reported.

The tunnel is proposed to run 6.2 miles, from the Golden Glades Intersection to the Intracoastal Mall.

Tesla vehicles would drive passengers in the underground tunnels. The system will have an initial capacity of 7,500 passengers per hour, but it can be scaled to 15,000 per hour.

Three other extensions are possible, including an additional 3 mile extension to Hard Rock Stadium, another to Sunny Isles, and a 1.8-mile link to Sole Mia and FIU Biscayne in North Miami.

The proposed stations are:

Total cost of the 6.2 mile route is estimated at $185 million to $220 million. That is a fraction of what a traditional mass-transit system would normally cost to build.

Financing could come from the recently passed Infrastructure Investment and Jobs Act, and the federal government is likely to rate the project favorably, the proposal says.

In addition, The Boring Company itself is willing to finance a portion of construction and operation.

The proposal says it would take 36 months to plan and build, assuming permitting is expedited. However, a North Miami Beach commissioner told Bloomberg it would need approval from other nearby municipalities and the Army Corps of Engineers, which could take additional time. 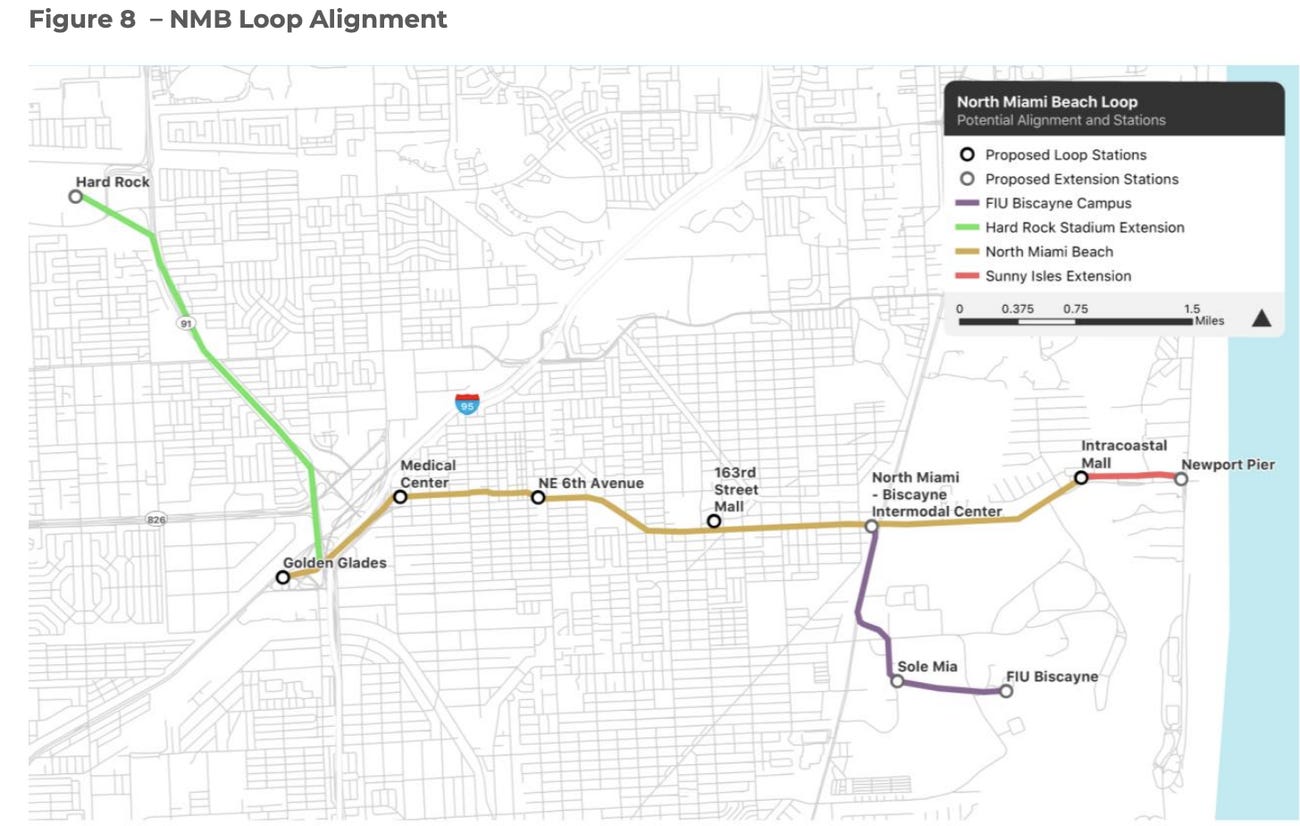