According to statistics newly released by the airport, a total of 15,904 passengers flew to or from MIA on Emirates in July. Qatar Airways carried 16,396 passengers in the same period.

Emirates actually surpassed Qatar by arriving passenger count for the month, with 9,091 arrivals at MIA, compared to Qatar’s 8,749.

July was the first month that Emirates served MIA daily.

Qatar launched service to MIA in 2014, giving it a seven year head start on Emirates at the airport.

Emirates flies a Boeing 77W daily to MIA, while Qatar also operates daily with an Airbus A359.

An Emirates 77W being moved from its parked position next to the South Terminal at MIA in July: 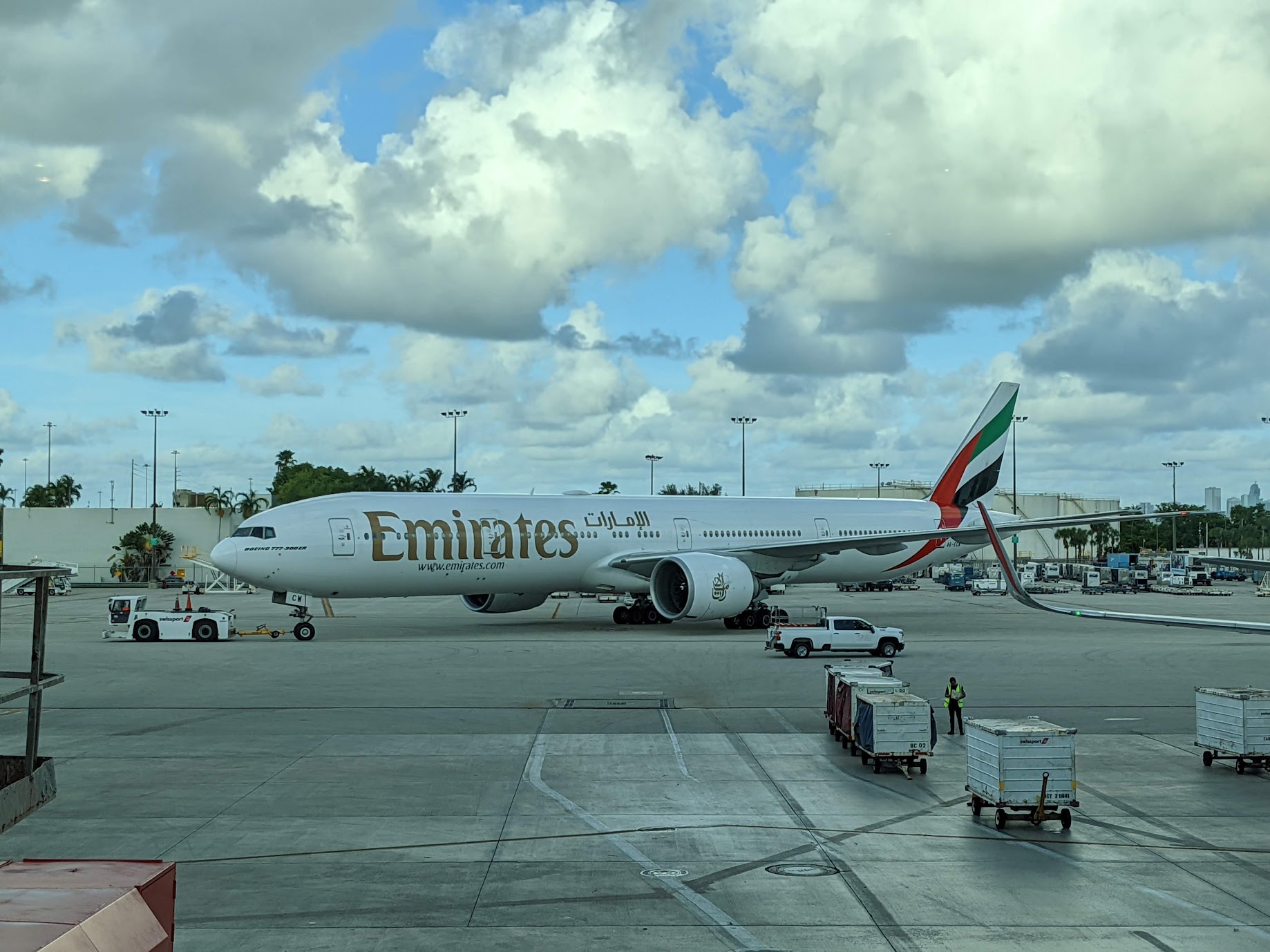