Every Day, Over 20 Percent Of Dade Bus Drivers Don’t Show Up To Work

Bus drivers for Miami-Dade Transit simply don’t show up for work on many days.

According to an internal document obtained by The Next Miami, absenteeism of bus drivers was above 20 percent almost every month in 2016, with the rate reaching nearly 25 percent during certain months.

Mayor Carlos Gimenez has been citing the statistic as he pushes to cut, privatize and add driverless buses.

Even those who do show up aren’t exactly very efficient workers, with frequent complaints about bus drivers who stop during their route to run personal errands like visiting the local pharmacy.

Miami-Dade Transit spends more than two-thirds of its budget on labor costs. Employee count and salary costs skyrocketed following a half-percent sales tax increase approved in 2002, with a hiring process that was then criticized as being corrupt, leading to the ousting if its director. 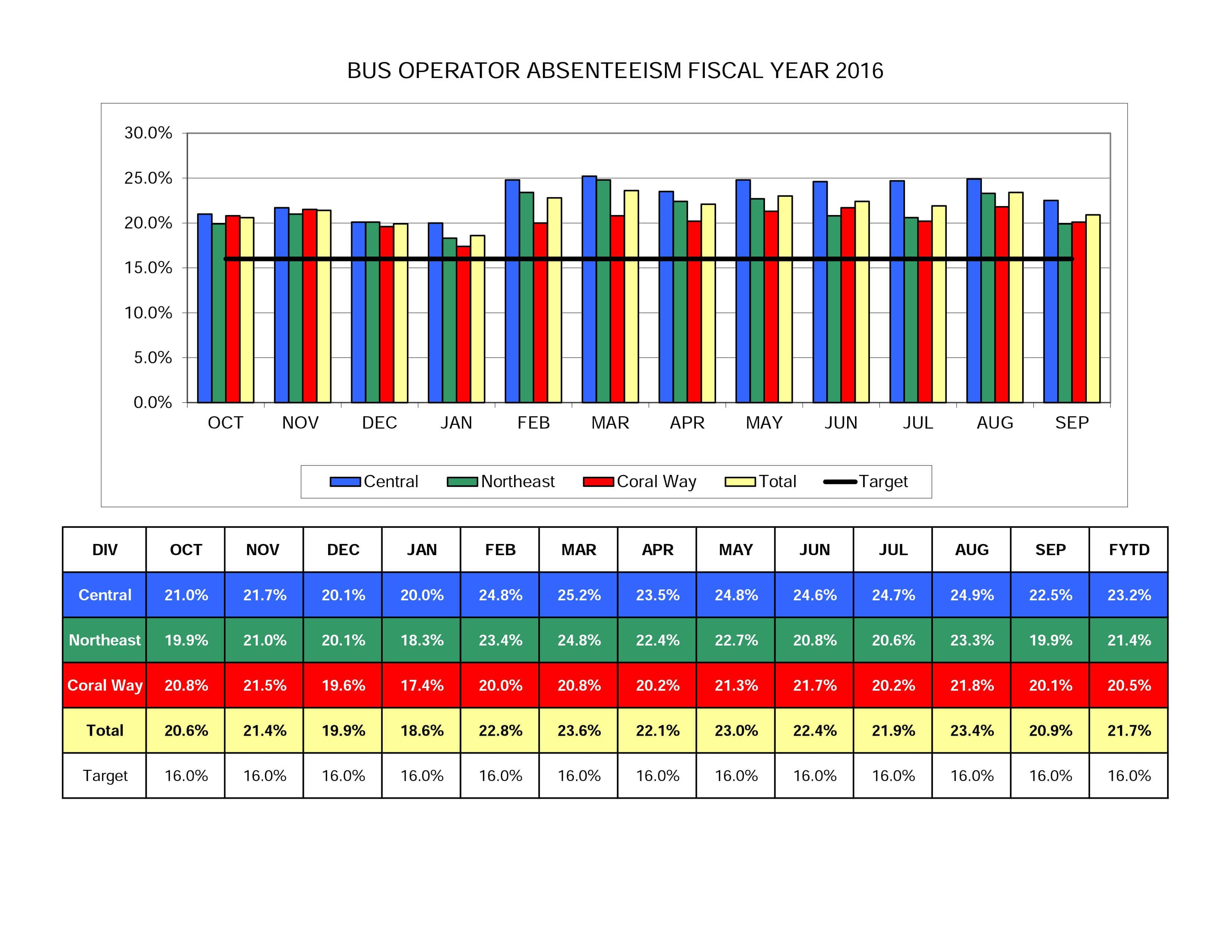