Downtown Miami’s One River Point towers have been granted approval by the Federal Aviation Administration – again.

The project includes two 60-story towers connected at the top.

According to a letter issued by the FAA on January 16, the towers are permitted to rise to a height of 788 feet above ground, or 797 feet above sea level.

In 2014, the FAA approved a building height of 928 feet above ground on the same property (that approval expired in September 2018).

Then in 2019, the FAA issued another approval for the towers.

In November 2022, a partnership to build the towers was announced between developers Shahab Karmely of KAR Properties and Edgardo Defortuna of Fortune International Group.

The new partnership purchased the site from the original developing entity for $58.85 million.

Rafael Viñoly will remain as the architect, with adaptions from the original design for today’s market and lifestyles, a press release said.

The developers recently obtained a $38 million loan to be used for sales and marketing of the project, according to The Real Deal.

The project is expected to include 386 luxury condo units, with sales launching this year, the report said. 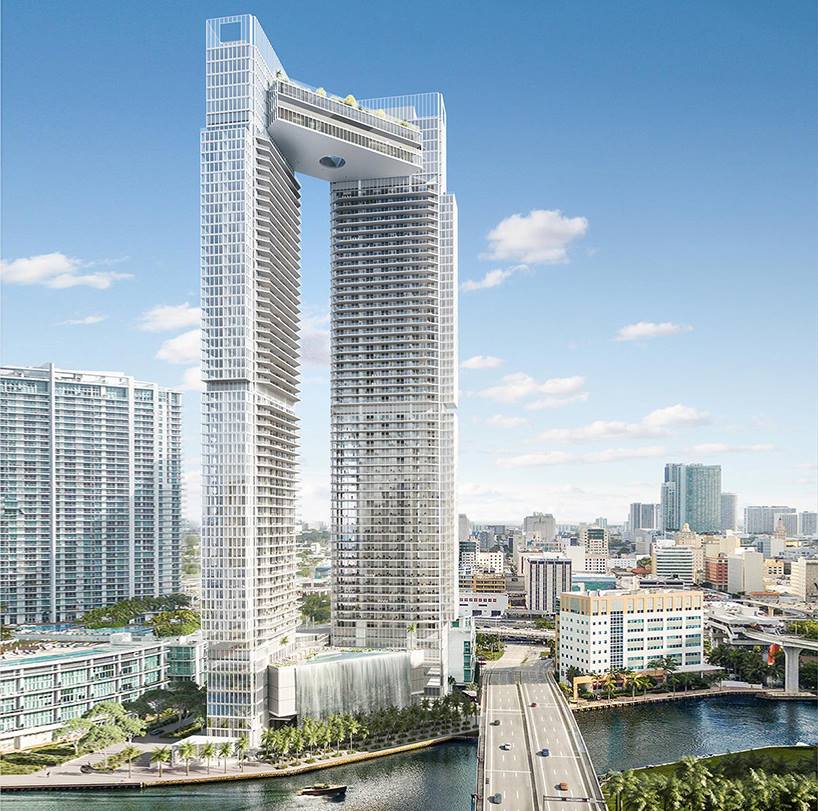