Swire Properties received a Notice of Presumed Hazard letter from the FAA last week for One Brickell City Centre.

After ten months of study, the FAA’s preliminary determination is that the tower’s proposed height of 1,040 feet above ground level and 1,049 above sea level (reduced from a previous request of 1,102 feet above ground) would alter required flight altitudes at MIA.

If Swire decides to continue to pursue the 1,040 foot height, the developer faces an uphill battle. FAA officials tell exMiami that flight altitudes at airports are ‘protected like gold’, as once they are lost they cannot be regained. Swire has 60 days to respond to the notice, but still had not contacted the FAA as of this morning.

The FAA also issued two other Notice of Presumed Hazard letters last week, for the 570-foot Brickell Heights and the 554-foot Brickell Bayview Center. However, those buildings haven’t been determined to have an affect on flight altitudes at MIA, and are more likely to be approved after further study.

FAA officials are also continuing to study Tibor Hollo’s One Bayfront Plaza, proposed to be built at 1,005 feet. Hollo submitted those plans last December, and no determination has been issued yet.

If Swire does manage to gain approval at 1,040 feet, One Brickell City Centre would become the tallest building in the U.S. outside of New York or Chicago. Other towers are currently under construction in San Francisco, Los Angeles and Philadelphia that exceed the 1,000 foot mark using spires or other ornamental features, but have a roof line that is below 1,000 feet. 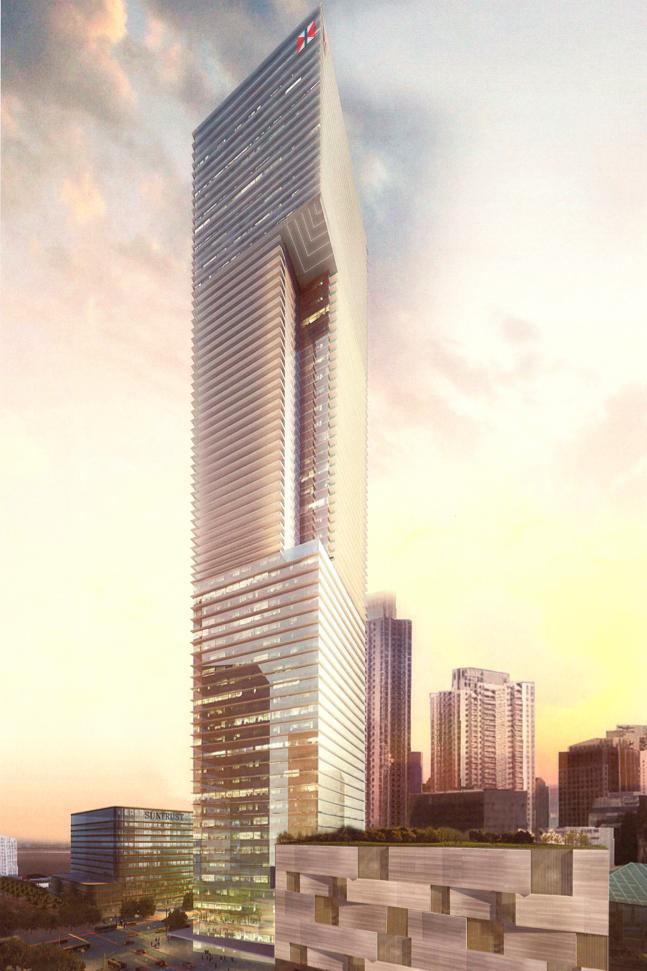