A plan to incorporate the historic Versailles Hotel into the Faena District while adding a new condo tower has been revealed.

The Versailles Hotel would be converted into an exclusive condo building, and a new 16-story luxury tower would rise next door, if Miami Beach officials approve.

Plans calls for the restoration of the original 1940 Versailles tower, which originally included 141 hotel rooms and will be reduced to just 22 residential units. A 1955 addition that added another 132 rooms would be completely demolished, and replaced with a 45-unit condo tower. Both the original 1940 tower and the subsequent addition in 1955 were designed by Chicago architect Roy F. France.

The new condo building is being designed by Brandon Haw of Leitersdorf Haw Architecture, who also designed the neighboring Faena House while he was employed at Foster + Partners. Raymond Jungles is handling landscape architecture, and Studio Sofield is tasked with interior design. Miami’s NBWW & Associates is the architect of record.

Miami Beach’s Historic Preservation Board must approve the plan. Last year, an informal poll of the board indicated that most members would not be opposed to demolition of the 1955 structure. However, it remains unclear how the board will react to the new tower, which would stand about 28 feet taller than the original 1940 Versailles building.

Units at the neighboring Faena House are said to be sold out at prices that were around $3,000 per square foot. The penthouse in the building is reportedly in contract after being listed for $50 million.

Although the project is known as Faena District, 100% of the Versailles is actually owned by billionaire Leonard Blavatnik. 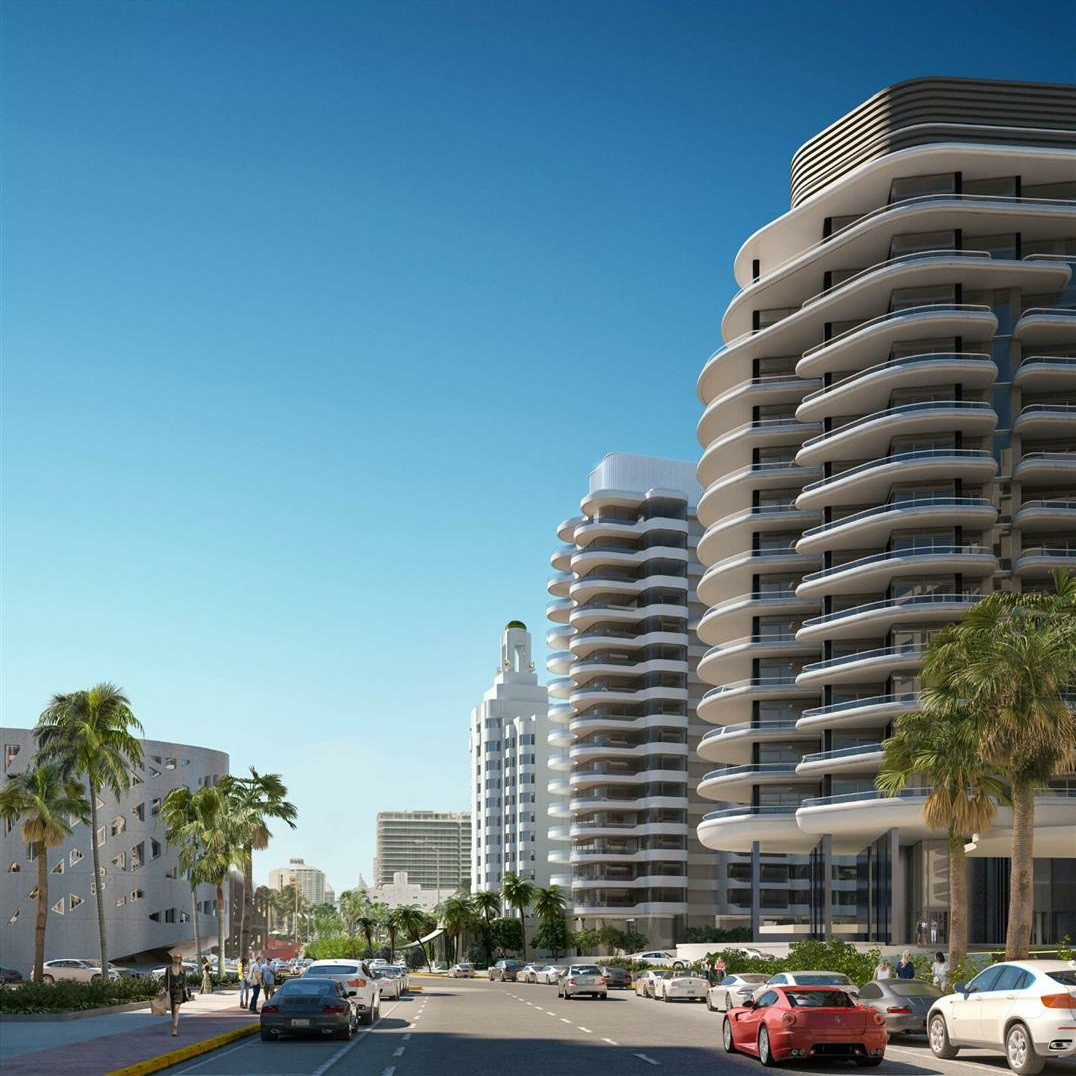 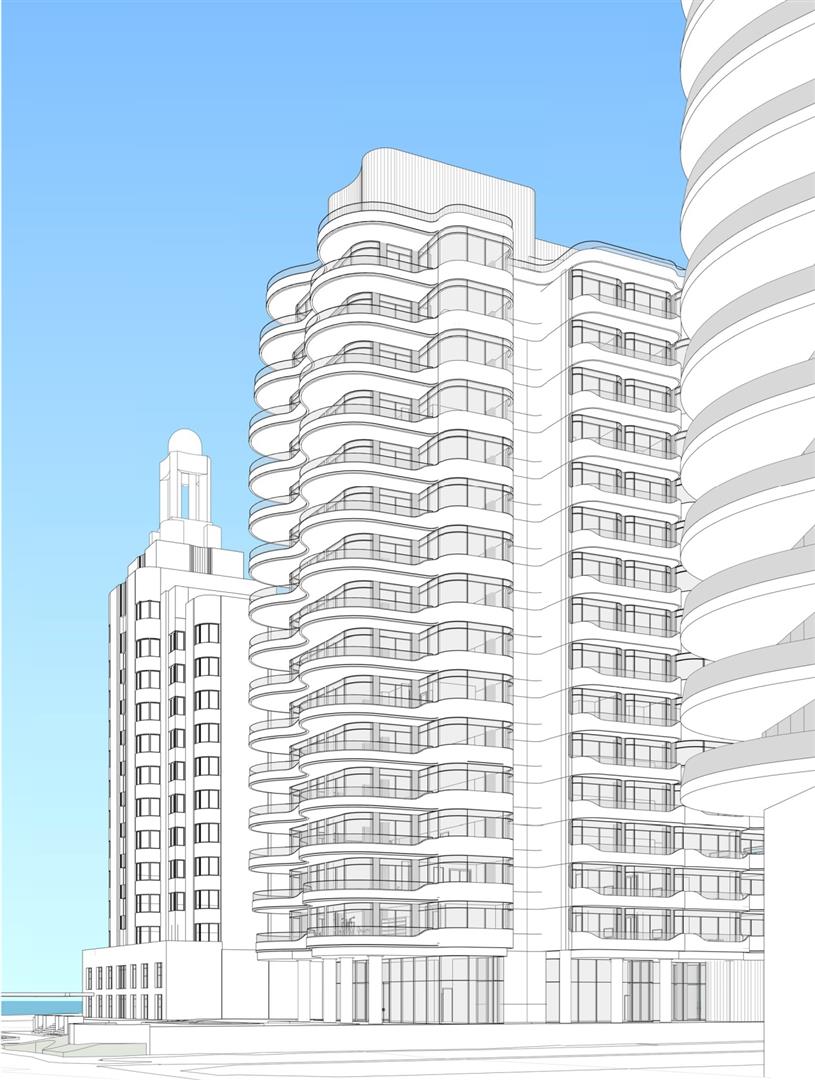 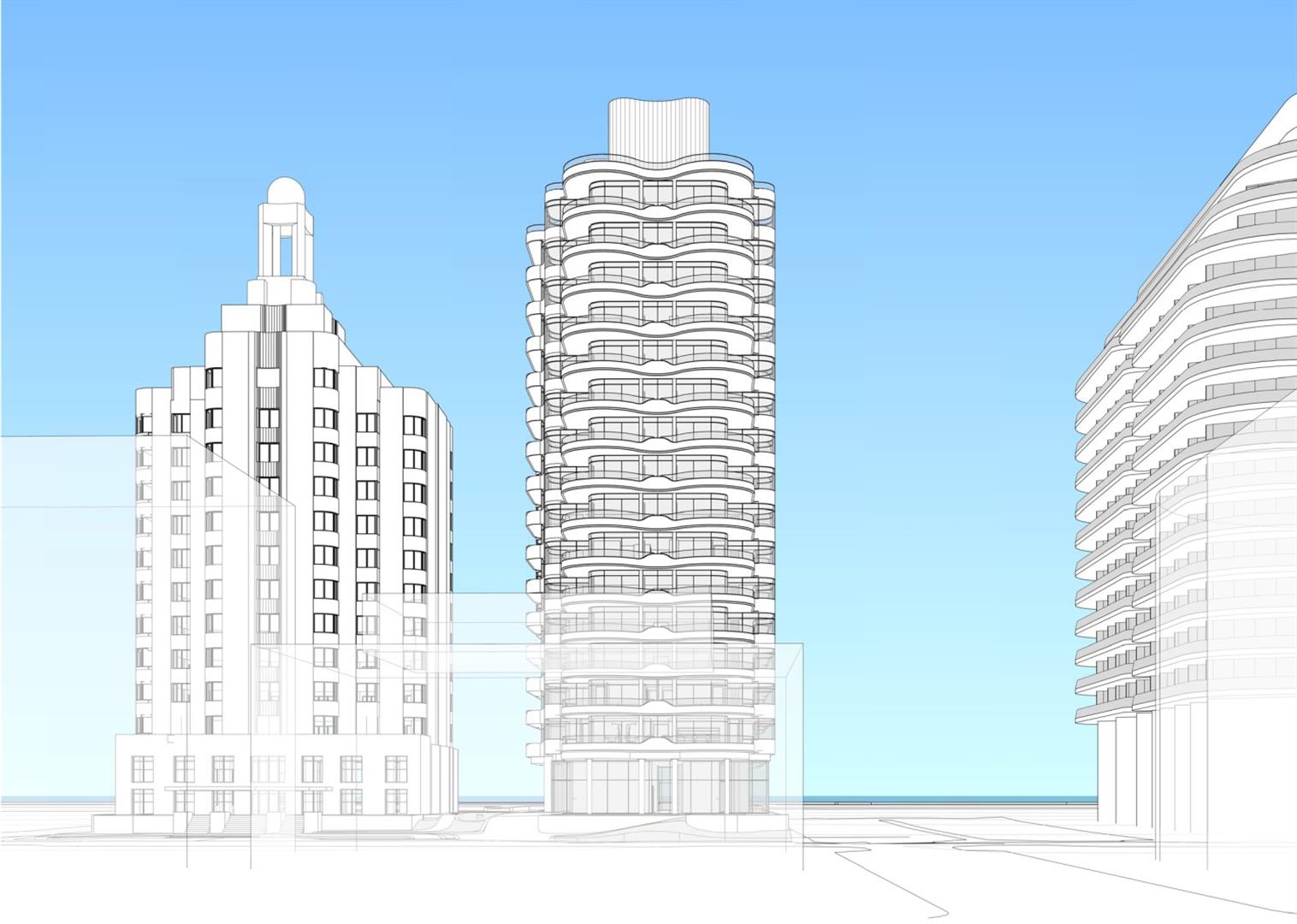 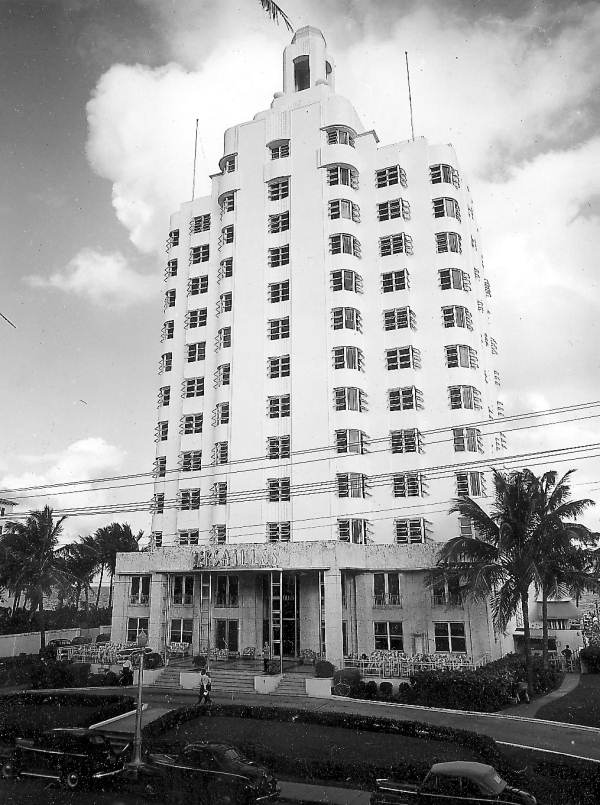