How different would Miami look if this fictional Metrorail expansion shown on the map below was ever actually built?

The map was created by an unknown user of metromapmaker, where it was discovered by a Redditt reader.

It shows a total of eight Metrorail lines, compared to what is just one today.

Miami Beach would get three separate lines, and even PortMiami would get a stop.

Several lines would even run west, including stops at FIU and an “Everglades” stop.

Miami’s most recent Metrorail expansion was the 2.4-mile Airportlink, which opened in 2012. Construction began in 2009, and total cost was $506 million – or over $200 million per mile.

According to CityLab, rail can cost as much as $1 billion per mile to build in the U.S. – much more than other parts of the world. 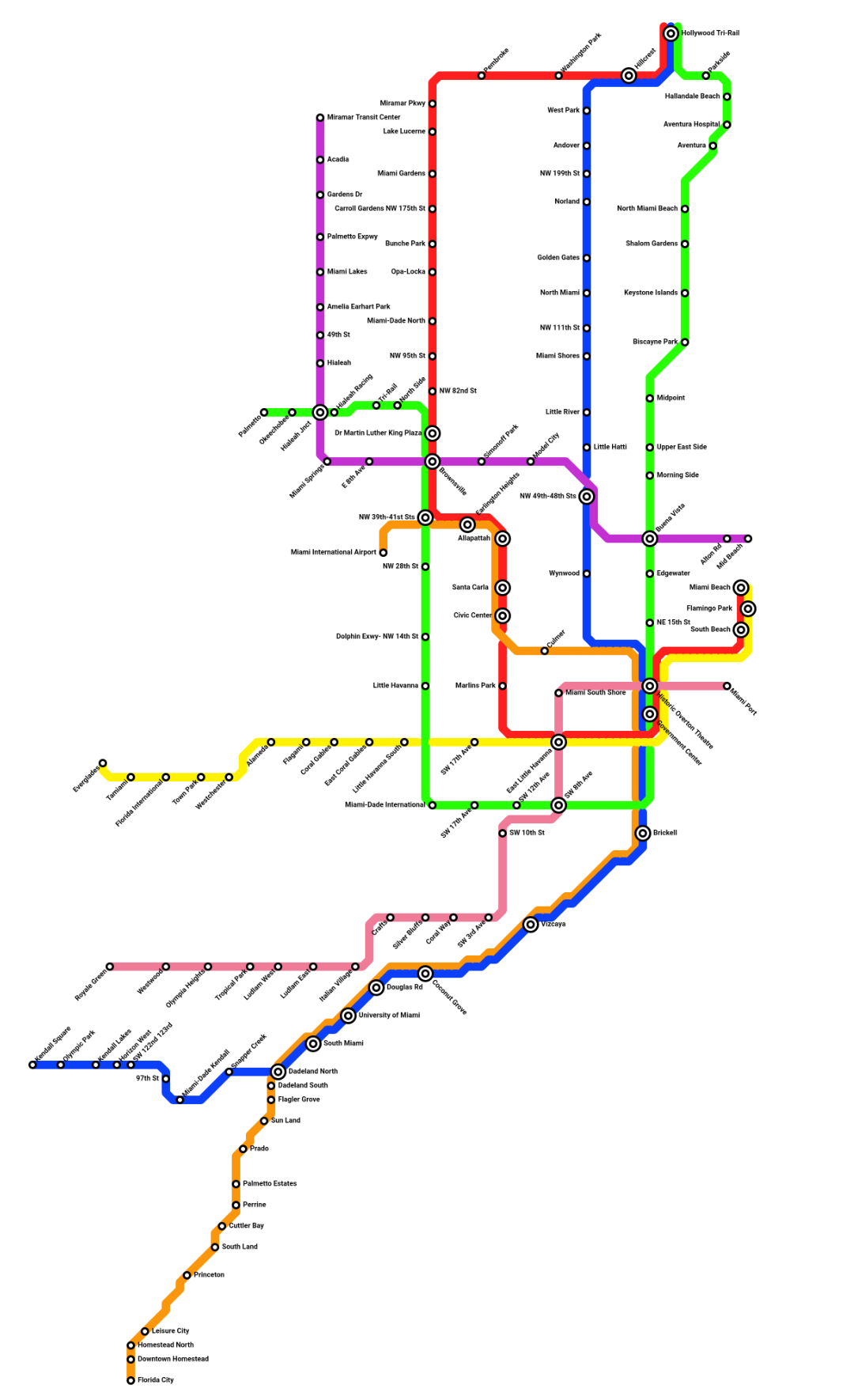