Fastest Ever: 52-Story Towers In Downtown Miami Top Off In Just 47 Weeks & Will Complete Construction In Record Time, Contractor Says

Downtown 5th second and final tower has topped off at 52 stories.

Completion will be the fastest ever for a project of this magnitude, L&R wrote. The Temporary Certificate of Occupancy allowing move-ins to begin will be issued in record time, the contractor predicted.

Foundation work for the project’s east tower began in December 2019, with a foundation pour in February 2020.

The foundation pour for the west tower which just topped off took place in March 2020 – about nine months ago.

When complete, the two 52-story towers will have a combined 1,042 apartments, making it the biggest residential project ever in Miami’s Central Business District. 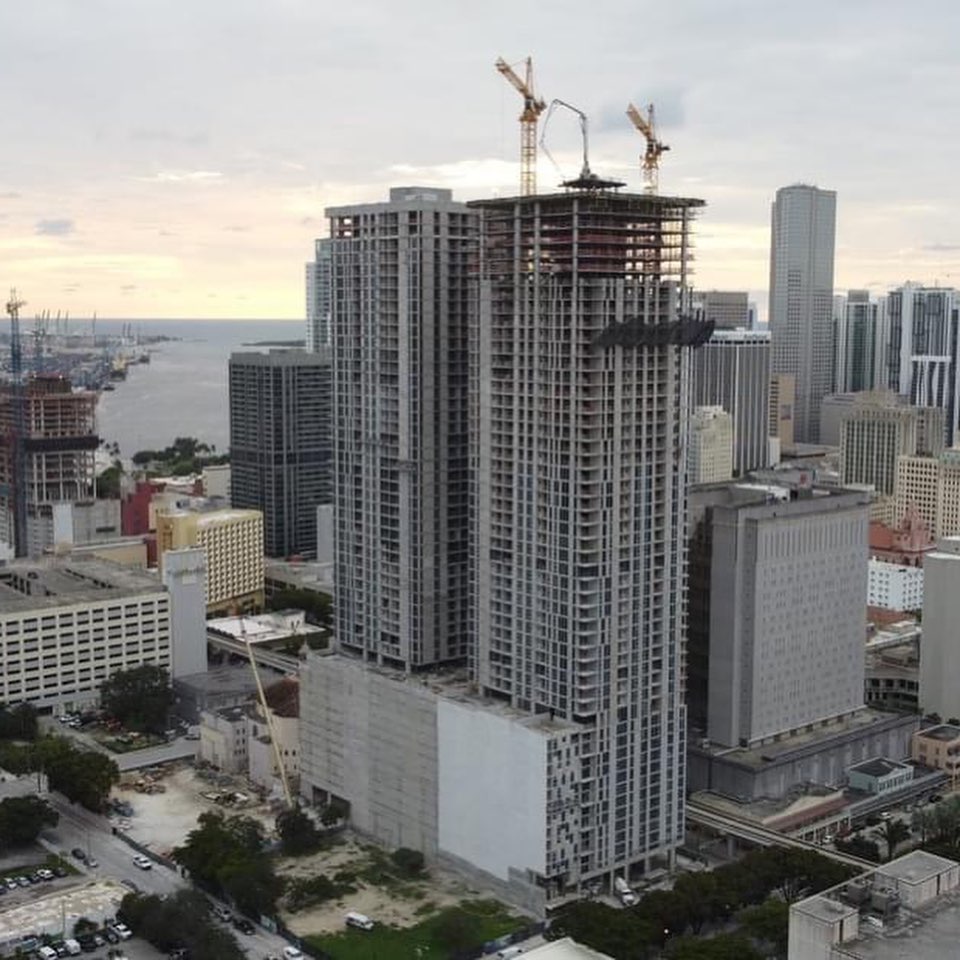 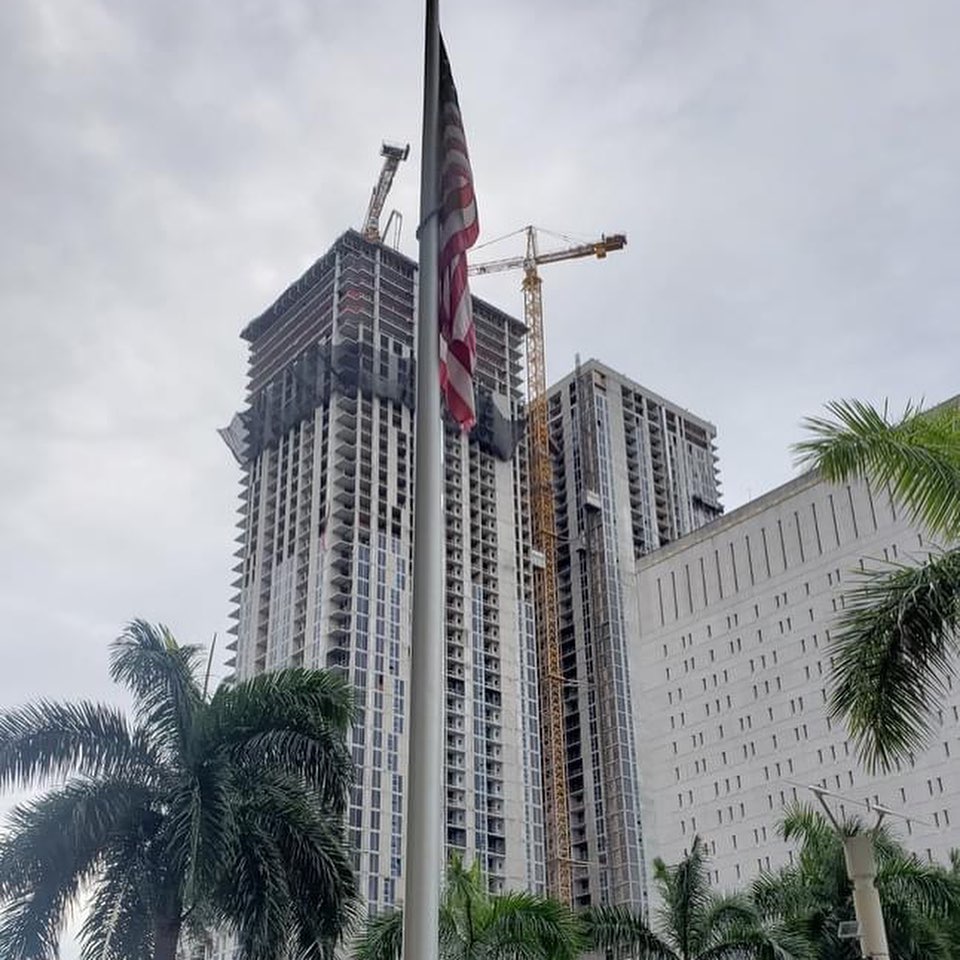