The Florida Department of Transportation has agreed to provide $74.2 million towards construction of a Broward commuter rail line, according to a tweet from County Mayor Michael Udine.

The rail service is expected to be similar to Tri-Rail in station spacing, headways, and ticket pricing, but will run through eastern areas that are much more densely populated on tracks shared with Brightline.

It will begin in Aventura (tying in Miami-Dade’s Northeast Corridor) and run to downtown Fort Lauderdale.

Construction on the $300m+ project is expected to begin in 2025, according to a newsletter produced by FDOT.

On August 25th the Broward County Commission adopted a locally preferred alternative for the line, with stations recommended at:

Brightline is said to have told officials it no longer plans a station at FLL, leaving only the commuter rail station.

Additional infill stations will be considered once the system is in operation.

Officials will work to unify the Broward system with Miami Dade’s Northeast Corridor, which should allow commuter trains from downtown Miami to downtown Fort Lauderdale and FLL.

They are also working on a northern extension to Palm Beach. 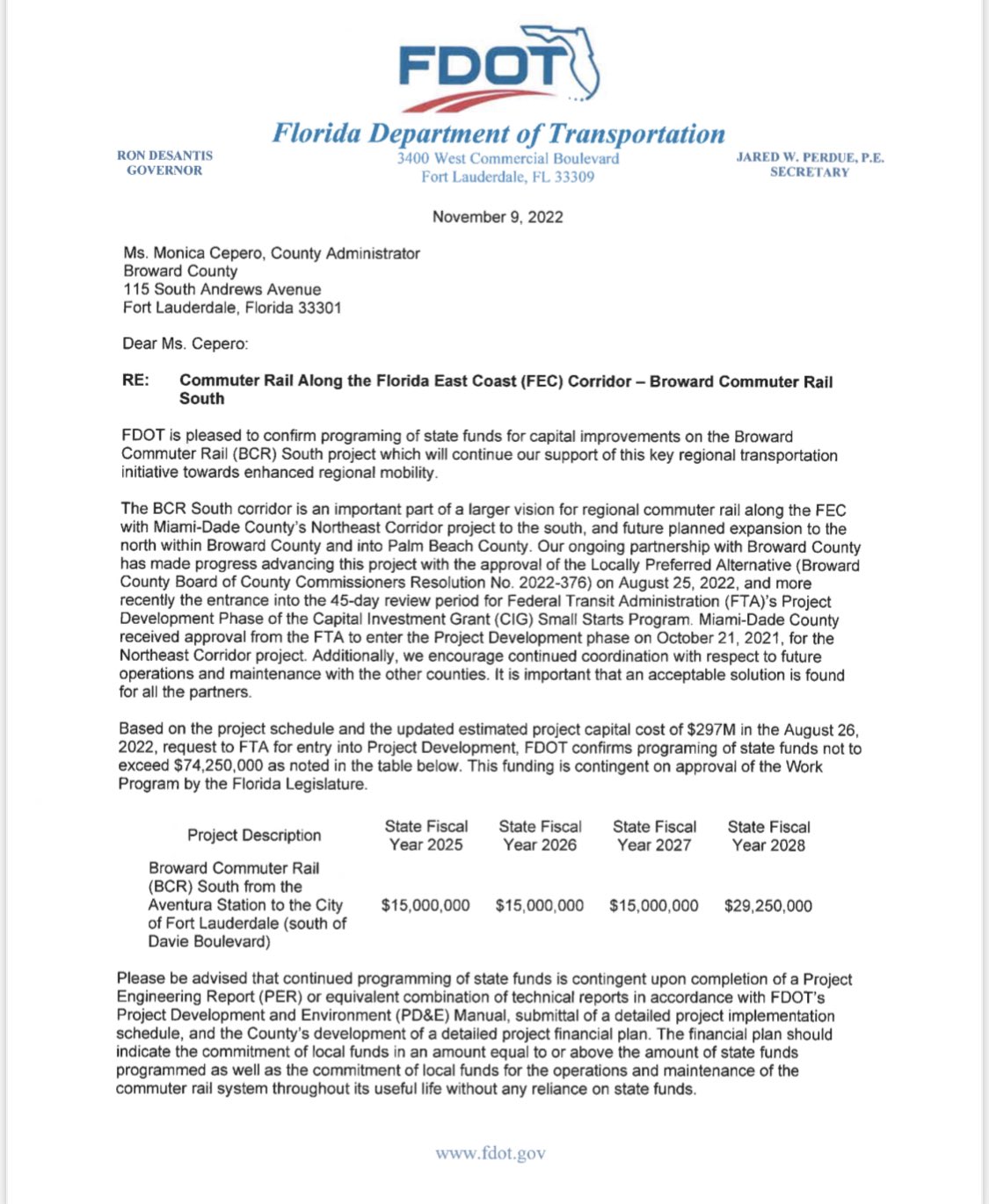