Brightline must prepare a study calculating how much toll revenue would be lost to the state if they expand to Tampa and compensate the government for it, according to a March 1 letter from FDOT to the company.

The company is currently more than halfway complete building a rail line from Miami to Orlando, and hopes to further extend the line from Orlando to Tampa.

The letter was first obtained by the Orlando Sentinel. Brightline president and CEO Patrick Goddard, signed the agreement on Monday, the paper said.

Both the state and the Central Florida Expressway Authority would need to be compensated for the loss of revenue that may occur from cars being removed from the road if the train service is built.

Brightline needs space along the Central Florida Expressway Authority’s toll-road system in order to build the expansion from Orlando to Tampa.

FDOT is demanding Brightline complete the following in order to move forward with the Orlando to Tampa route:

FDOT’s deadline for Brightline to complete the agreement is mid-summer. 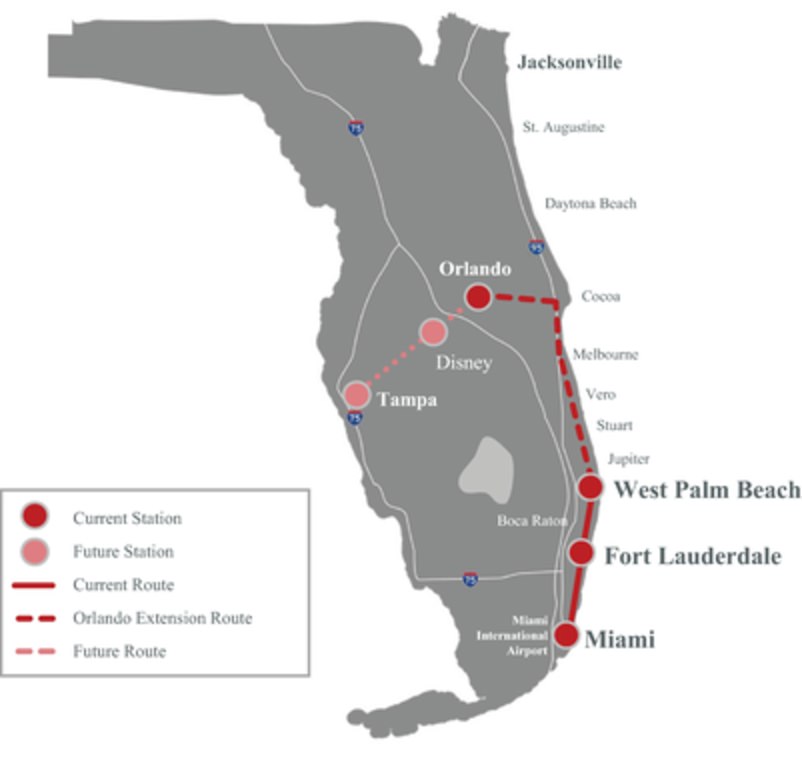