The Florida Department of Transportation has agreed to provide funding to help plan for a people mover system at Fort Lauderdale Airport, the Broward County Aviation Department announced.

The agency agreed to contribute $12.95 million for preliminary planning work that will help move the project to the design and development phase, and will also fund construction of a pedestrian bridge between the proposed system and the airport’s new Terminal 5.

A monorail similar to the one at Disney is likely to be used, but plans have not yet been finalized, a Broward commissioner told the Sun Sentinel.

The people mover would have stops at the airport’s rental car area, parking garage, and future Intermodal Center.

In total, the airport system alone is estimated to cost $600 million.

The people mover is proposed as an elevated guideway and train system 60-65 feet above ground level, with six stations in a u-shaped closed loop. The loop would become bi-directional as part of a second phase.

Eventually, there could be an extension from the Intermodal Center to Port Everglades and the Broward County Convention Center, but it would be spearheaded by a separate department in Broward, likely the Transit Department.

Brightline’s tracks run pas by the airport’s east side, and the company is also now studying building a station there. 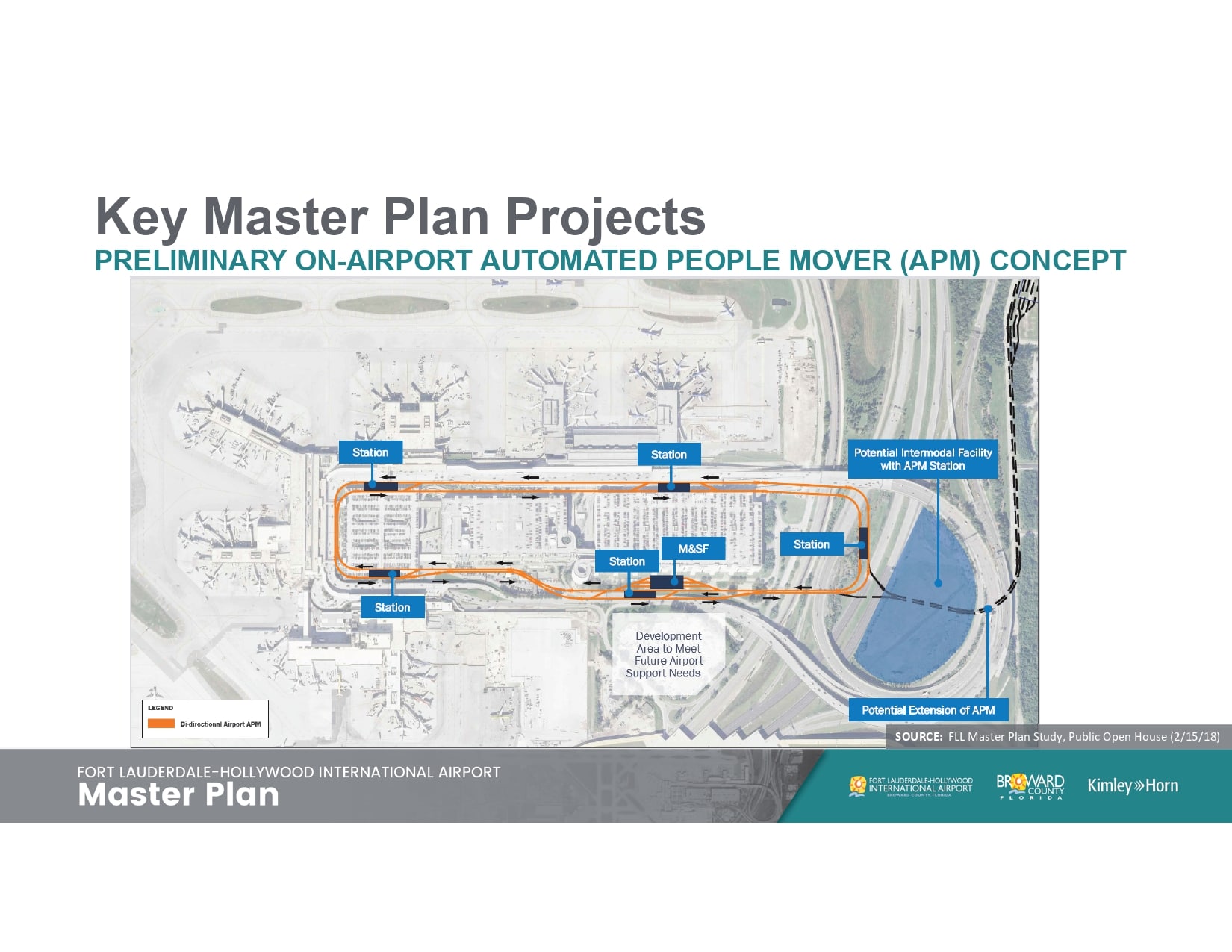