The Florida Department of Transportation’s project to expand the Golden Glades Interchange is set to begin construction in January 2024, according to a memo sent to Miami-Dade commissioners this week.

Several new flyover ramps are planned as part of the project.

There will also be new and widened lanes.

Multiple new on and off ramps will be built, while others will be rebuilt or relocated.

The project cost is estimated at $472 million according to the FDOT website, or $500 million in the memo sent to commissioners.

Miami Dade’s Commission is scheduled to vote on an Off-System Construction and Maintenance Agreement with FDOT for a portion of the project at a November 15 meeting. 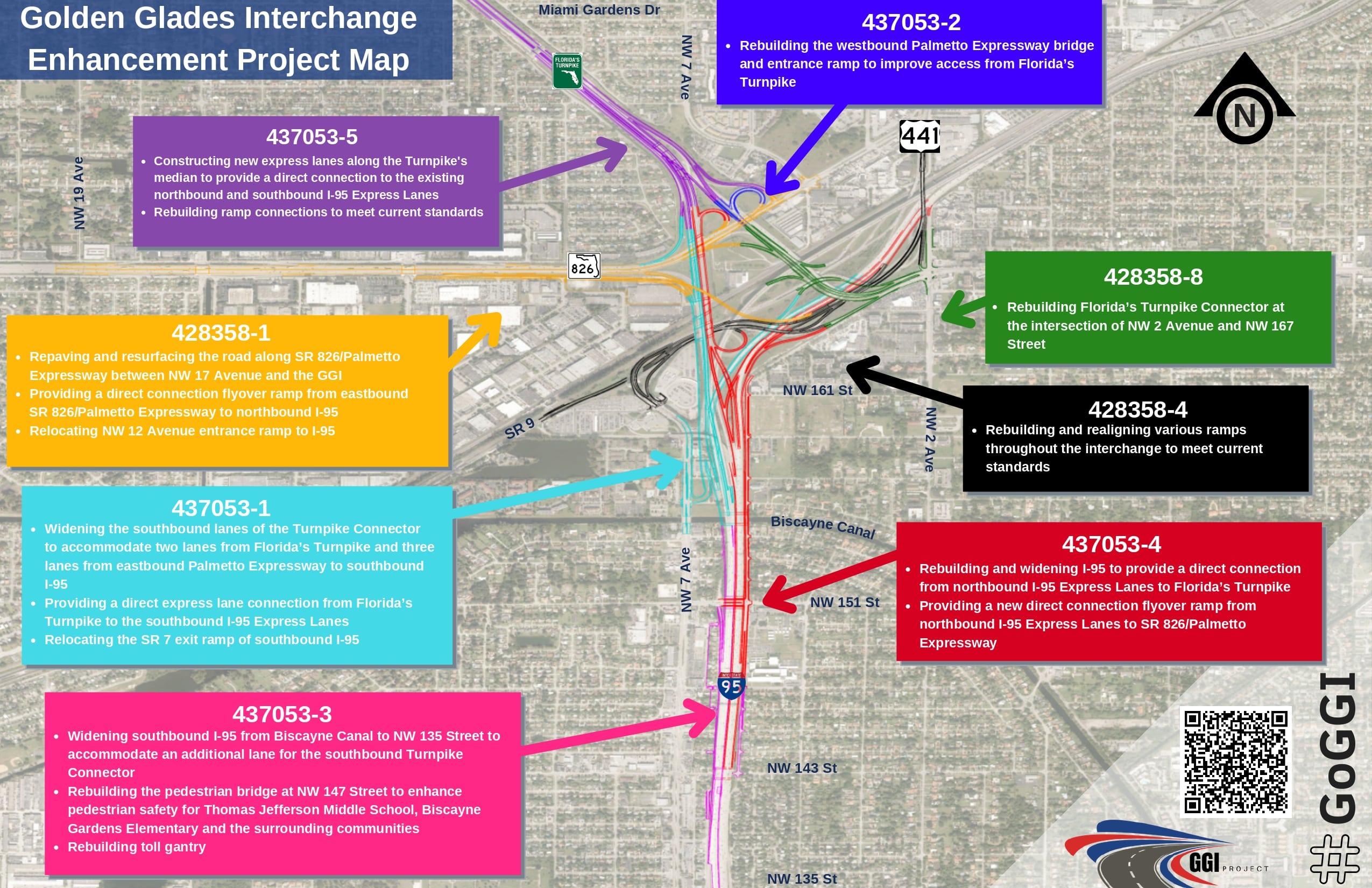 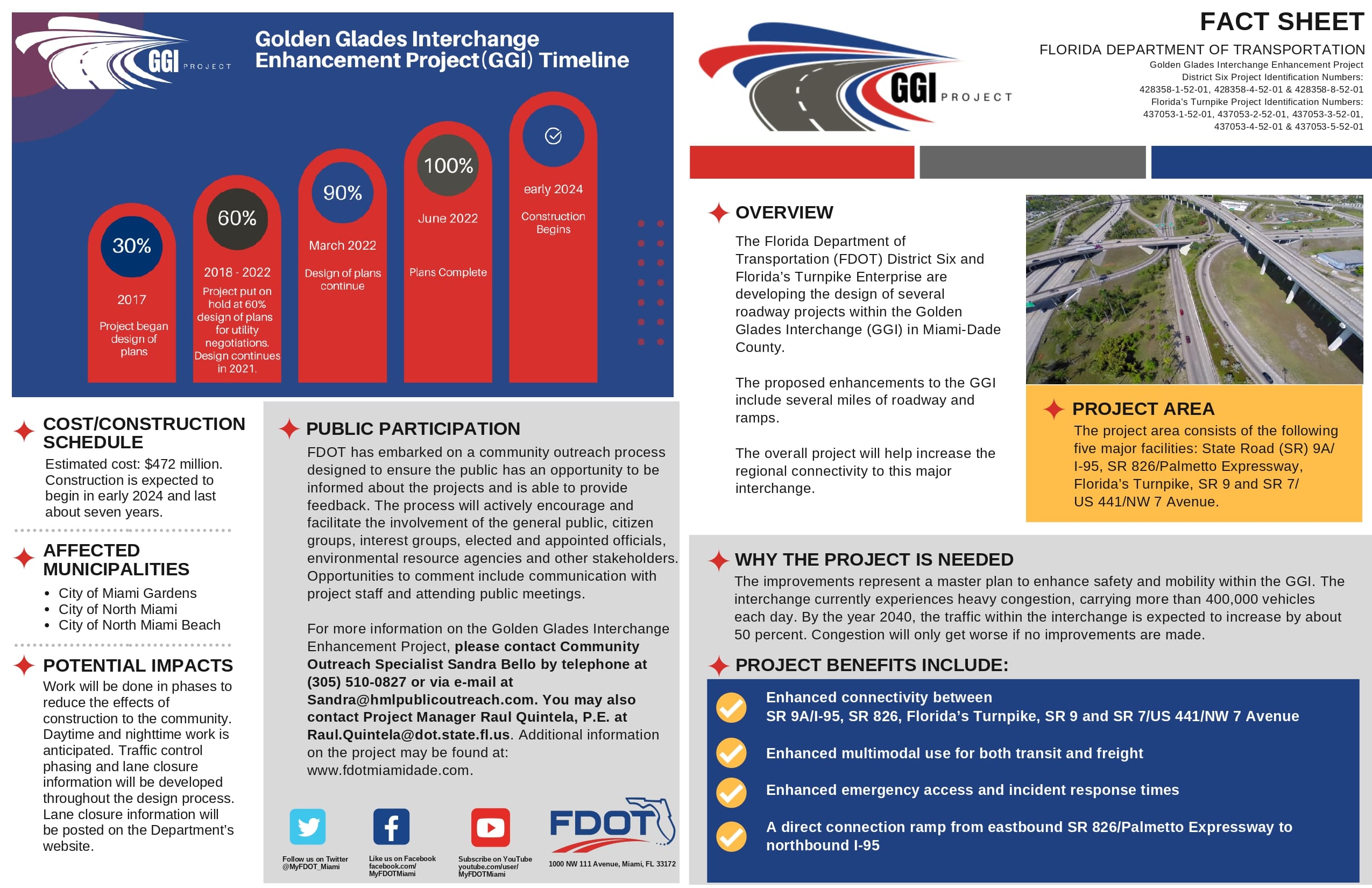