The fifth Brightline trainset has been delivered.

BrightRed is the final trainset that will be delivered for the first phase of the new train service. It will now begin a testing and commissioning process before being placed into service.

Brightline service will begin before the end of 2017, according to a new press release.

MIAMI – September 27, 2017 – Brightline, the new privately funded express inter-city passenger rail service in Florida, will soon take delivery of its fifth trainset, BrightRed, from Siemens USA in Sacramento. Fabrication of the trainset was recently completed, and it is now on its way to South Florida traveling 3,052 miles via rail across eight states. The transcontinental journey is a milestone as it marks delivery of the final trainset for Brightline’s Phase 1 service between Miami, Fort Lauderdale and West Palm Beach. The train was built by employees at Siemens’ 1,000-person, 60-acre rail manufacturing hub and is 100 percent Buy America compliant. Train components were manufactured by 40 different U.S. suppliers from more than 20 states. Upon arrival at Workshop b, Brightline’s 12-acre railroad operations facility in West Palm Beach, BrightRed will soon begin the testing and commissioning process.

“The voyage of BrightRed across the U.S. is an exciting milestone as we gear up to launch service later this year,” said Brightline CEO Dave Howard. “The five trainsets represent thousands of hours of dedication from the Brightline teammates who designed and oversaw the assembly to the 1,000 people who built them in California and the 40 suppliers throughout the country that manufactured components.”

Brightline’s trains are built as integrated trainsets, comprised of two diesel-electric locomotives and four high quality stainless-steel coaches. These clean diesel-electric locomotives will meet the highest emissions standards set by the federal government. The integration improves ride quality and makes for a quiet experience, while the bright yellow locomotive on each end offers high reliability and redundancy.

“It is an exciting honor for Siemens to build trainsets with such historical significance, serving the first privately-funded rail system in over 100 years,” said Siemens Rolling Stock President Michael Cahill. “I salute the Brightline team for their innovative and courageous approach and I am proud of the team of highly skilled employees in Sacramento and the suppliers across the nation for their significant contributions to this great American manufacturing success story.”

Brightline’s trains abound with innovations and comfortable features, from automatic level boarding platforms and aisles that exceed ADA compliance standards to comfortable leather seats with multiple outlets for devices and complimentary robust Wi-Fi, powered by multiple antennas on every car. The interiors were designed by David Rockwell of the Rockwell Group, one the world’s leading architecture and design firms.

Brightline is committed to leading private investment toward transportation infrastructure benefiting the public. Brightline will provide a much-needed, hospitality-driven alternative to South Florida’s congested roadways. The company is anticipating an official launch of its service later this year. 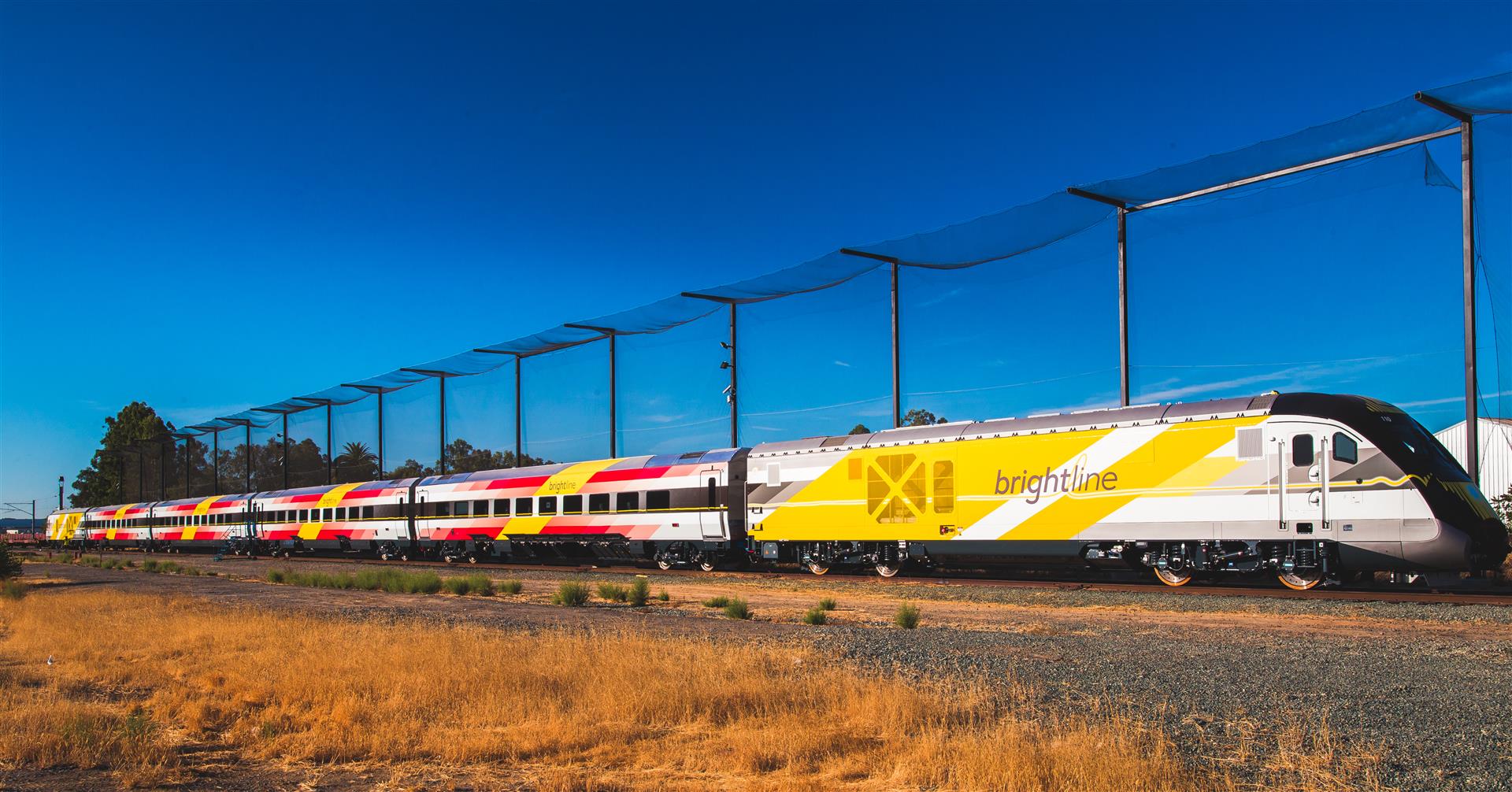