The first conceptual model of the towers has also been released by Gehry.

Ross, who grew up in the area and went on to found Related Companies and become one of the most successful developers in the U.S., said the project would be transformational for the neighborhood.

“As someone who grew up in North Beach, this project holds a special place in my heart,” said Ross.

According to the developer, the project will include a “six star” hotel with 175 rooms, along with 150 condos.

The hotel is planned to have the Equinox name, according to previous reports.

There will also be public benefits including money for a community facility, initial funding for the establishment of a housing relief fund, public beach access, funding for arts education in the area, and an agreement with the local hotel workers union UNITE HERE Local 355.

The project is also estimated to generate $6 million annually to the North Beach Community Redevelopment Association, and produce approximately $3 million in resort tax per year to the City of Miami Beach, the developer said.

With yesterday’s positive commission vote, the plans will now be put to voters in a referendum scheduled for November.

Demolition is already underway at the Deauville, which has been declared unsafe.

A conceptual model of the proposed Deauville project, shown at yesterday’s presentation. Further models and renderings will be released at a later date, the developer said: 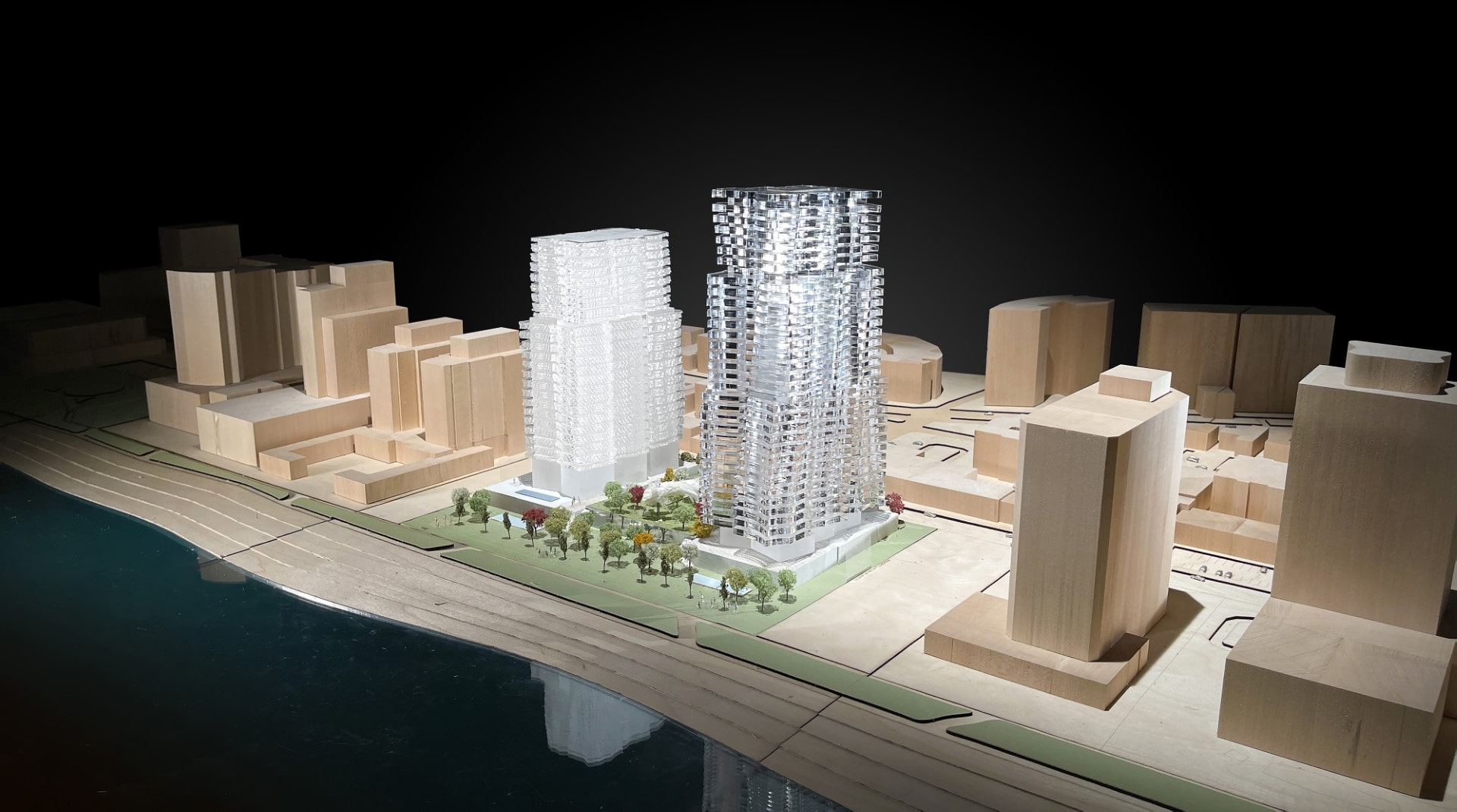