Canopy Park in South Beach is now officially complete, and developers of the project have revealed new details behind the design and sustainability features built in.

The 3-acre public park was built and donated to the city by TCH 500 Alton, LLC, in exchange for zoning increases that allowed a 48-story tower to be built next door (that tower, known as Five Park, is under construction with completion scheduled for 2024).

TCH 500 Alton is a partnership between developers David Martin and Russell Galbut.

“We’ve created a vibrant community asset that brings people together while providing a design experience that rivals public spaces in the world’s greatest cities,” said Galbut.

The playground features a slide inspired by Rosie the Elephant, the city mascot created by Miami Beach founder Carl Fisher.

Landscaping comprises nearly 40 different plant and tree species. There have been 221 trees and 121 palms newly planted in the park, of which 80 percent are native, and 100 percent are low maintenance and tolerant of drought. The varied plant biodiversity will help balance ecosystems, mitigate soil erosion, decrease urban heating effects, provide habitats for threatened animals, and protect watersheds from destructive floods, developers said.

At the north end of the park is the Maritime Hammock. The hammock offers shade, captures carbon and toxins from the air, and diminishes the urban heat island effect. It also restores natural habitats, regenerates roosting areas, and provides feeding opportunities for birds, bats, native bees, and other pollinators. The goal is to replicate the original tropical forests once found in Miami Beach.

The park also has a 25,000-gallon cistern to capture excess runoff during major storm events, controlled by sensors.  The cistern has enough capacity to water the park for a week without replenishment. The park also has bioswales and rain gardens to filter rainwater. The result is that 90% of stormwater is captured and diverted before it ever reaches Biscayne Bay, protecting wild grasses and native species from harmful debris and pollutants.

The Miami Beach Canopy Bridge, designed by artist Daniel Buren, is expected to begin construction in 2023, providing a connection to the Baywalk and South Pointe Park.

Laurinda Spear’s ArquitectonicaGEO was the landscape architect for the park.

A referendum on the name of the park is being discussed at a meeting of Miami Beach commissioners today. 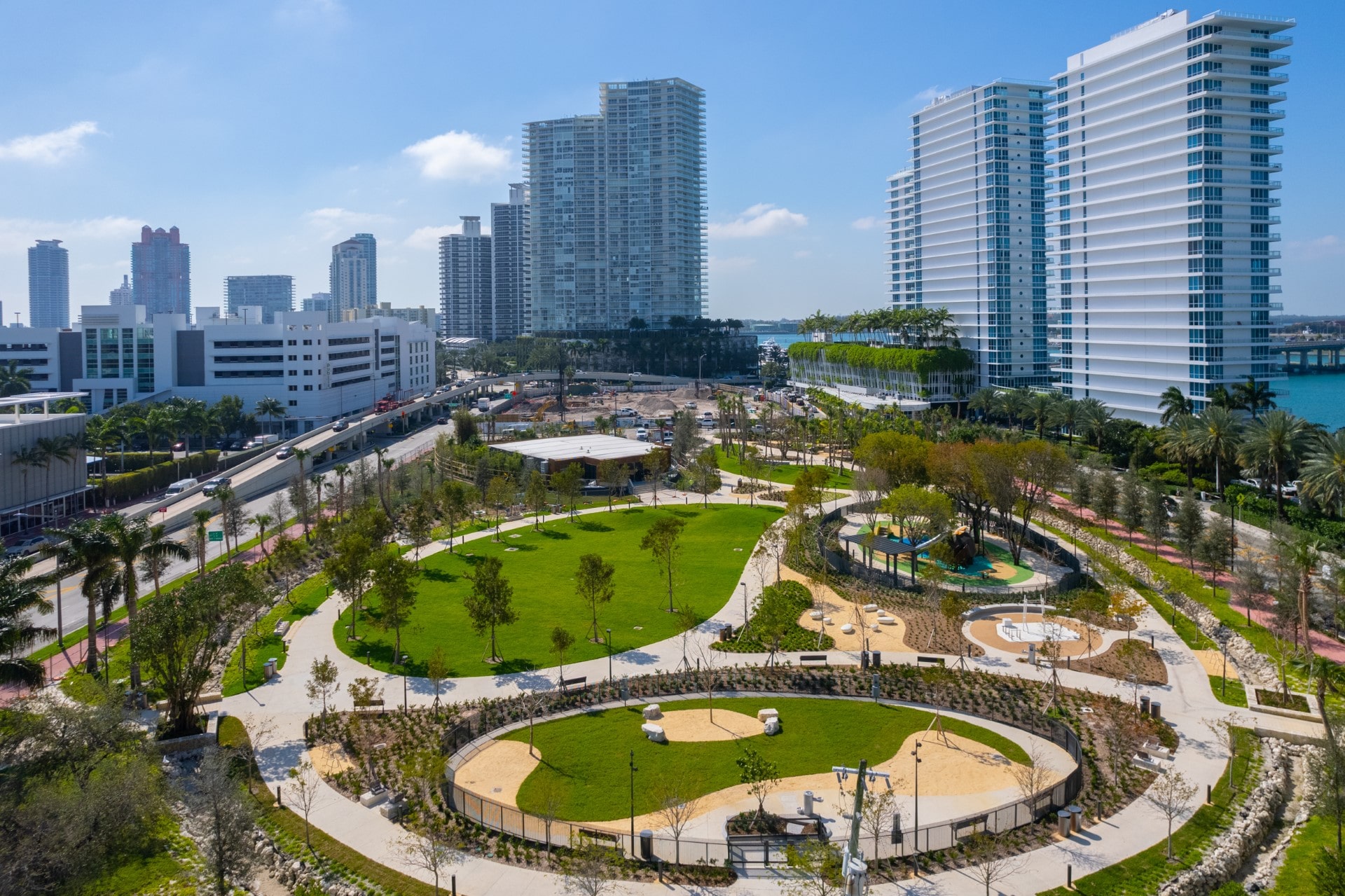 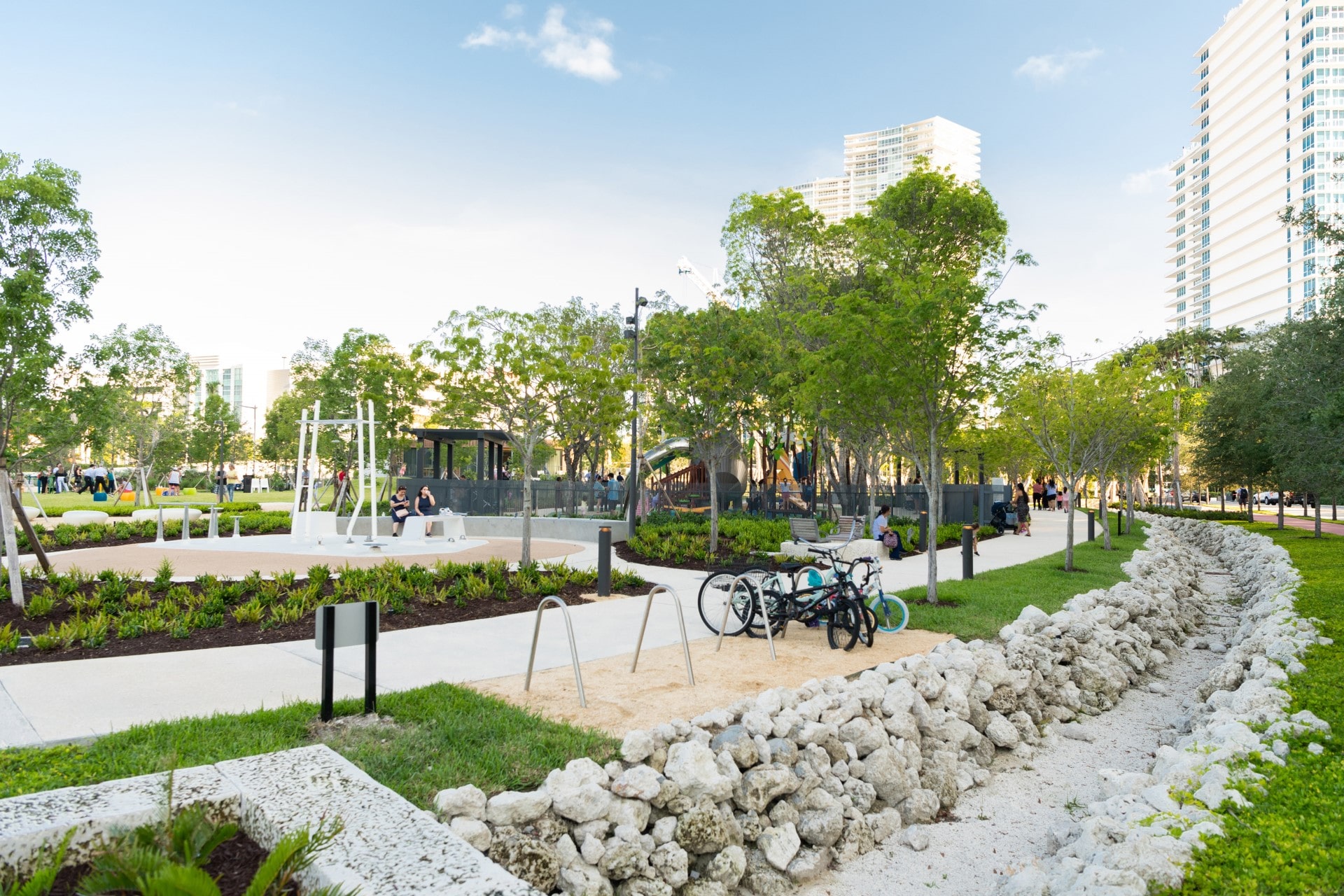 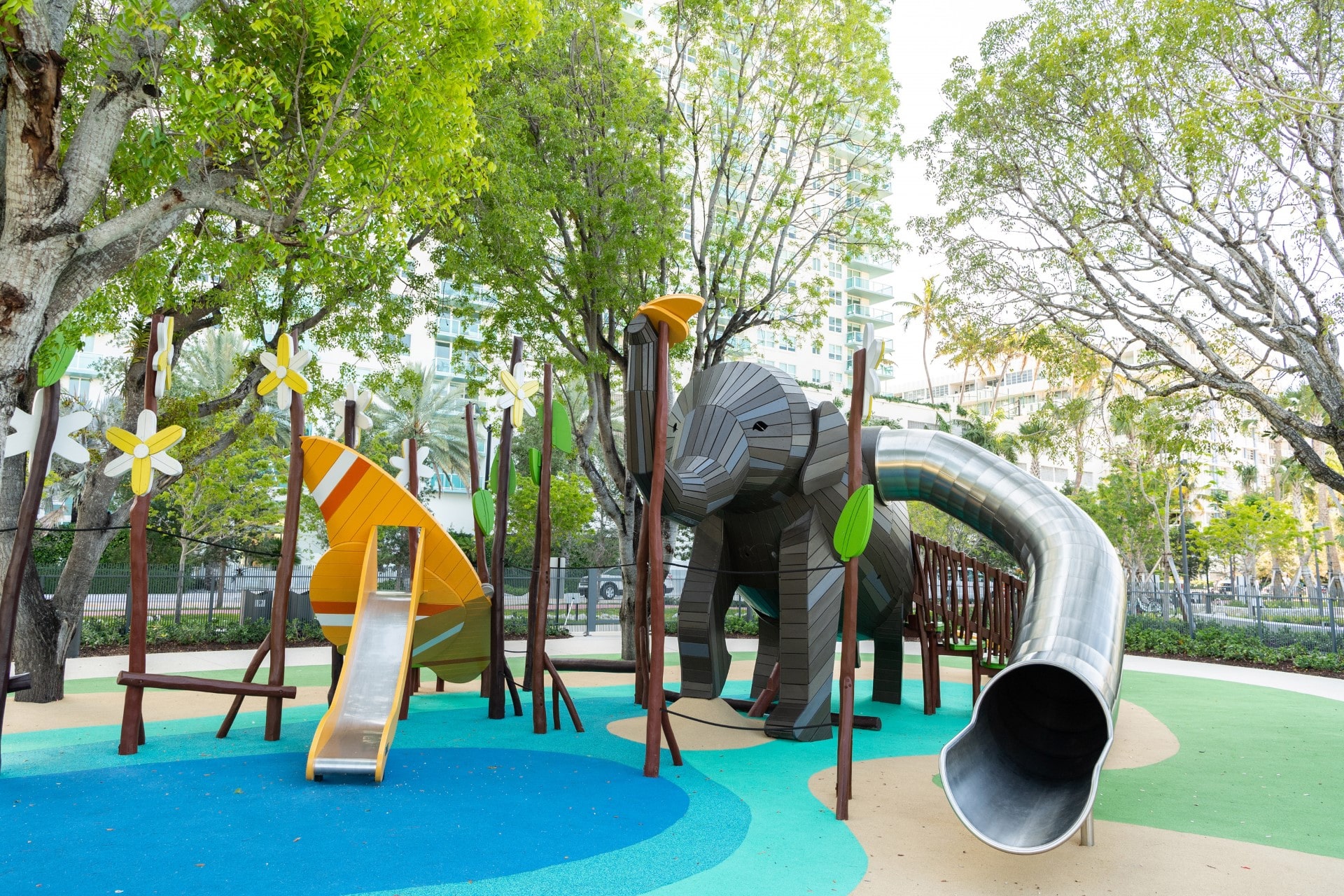 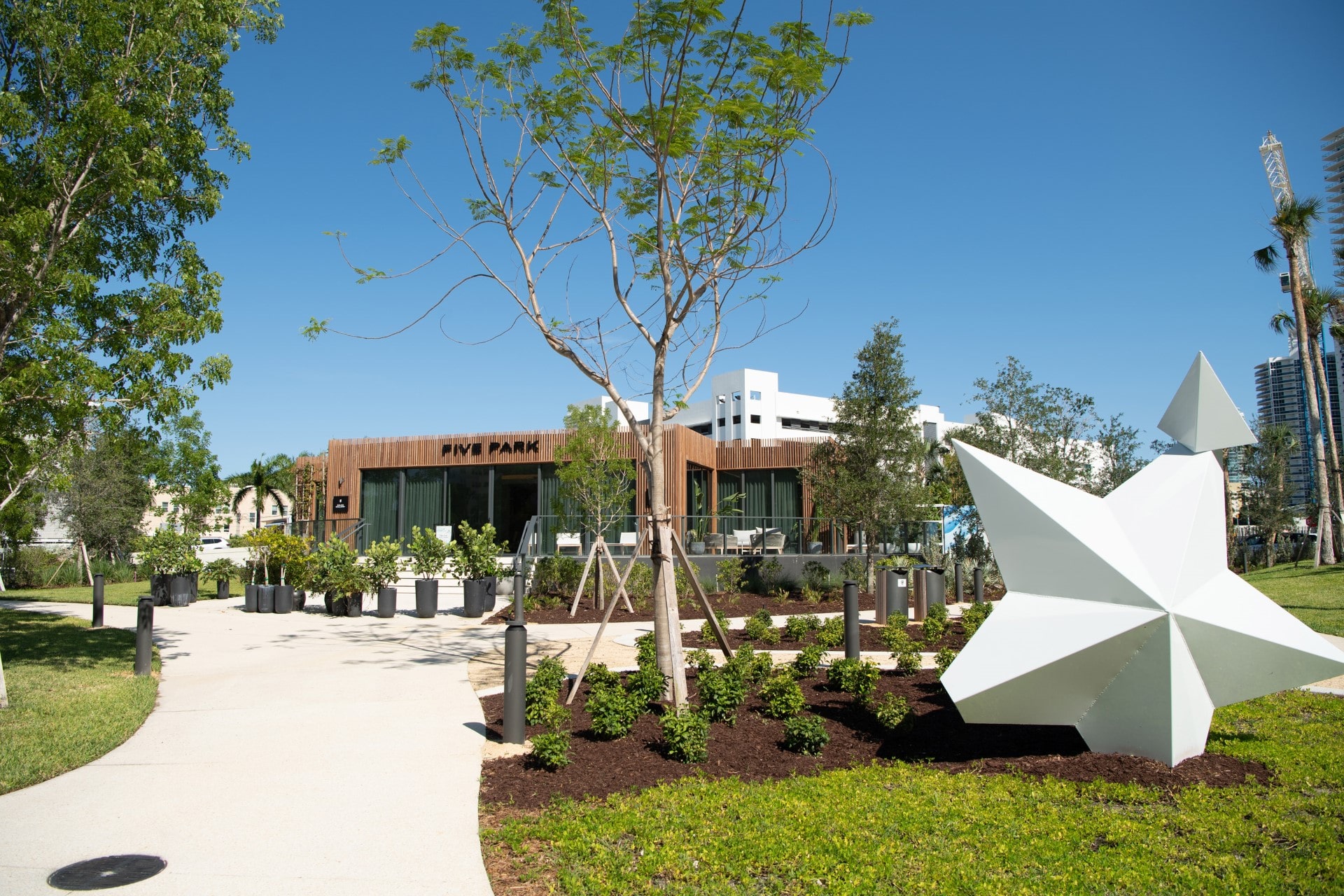 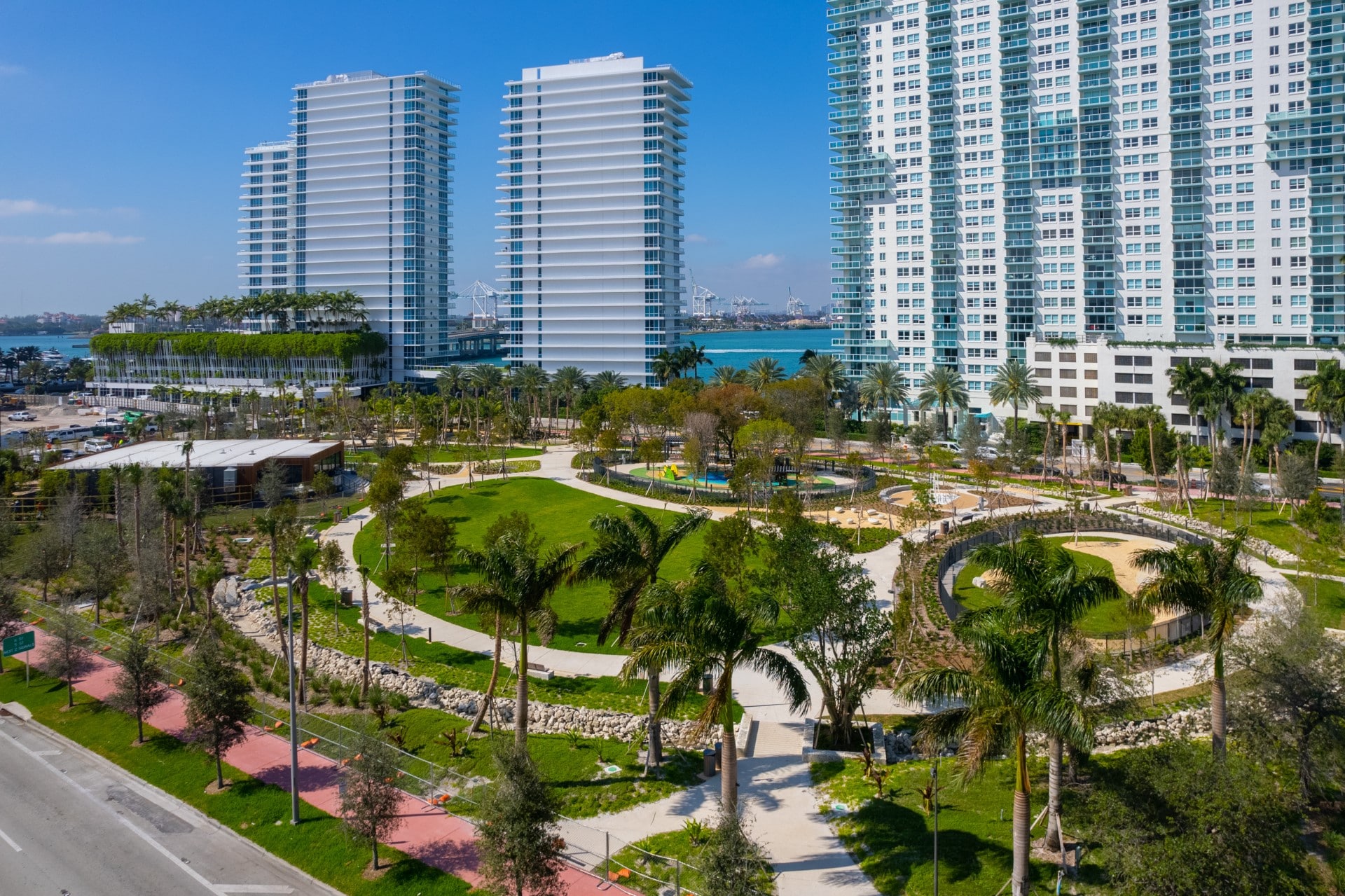 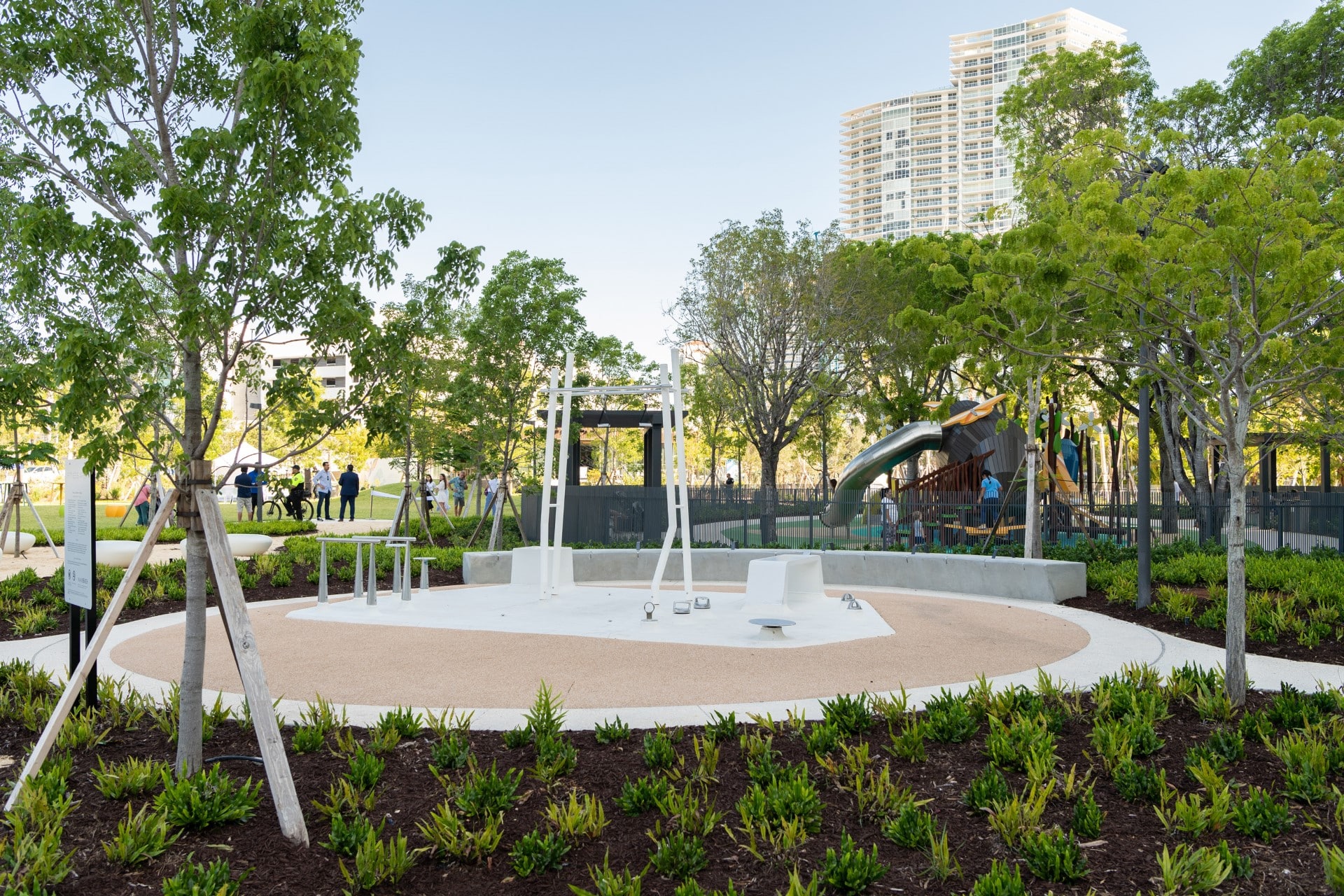 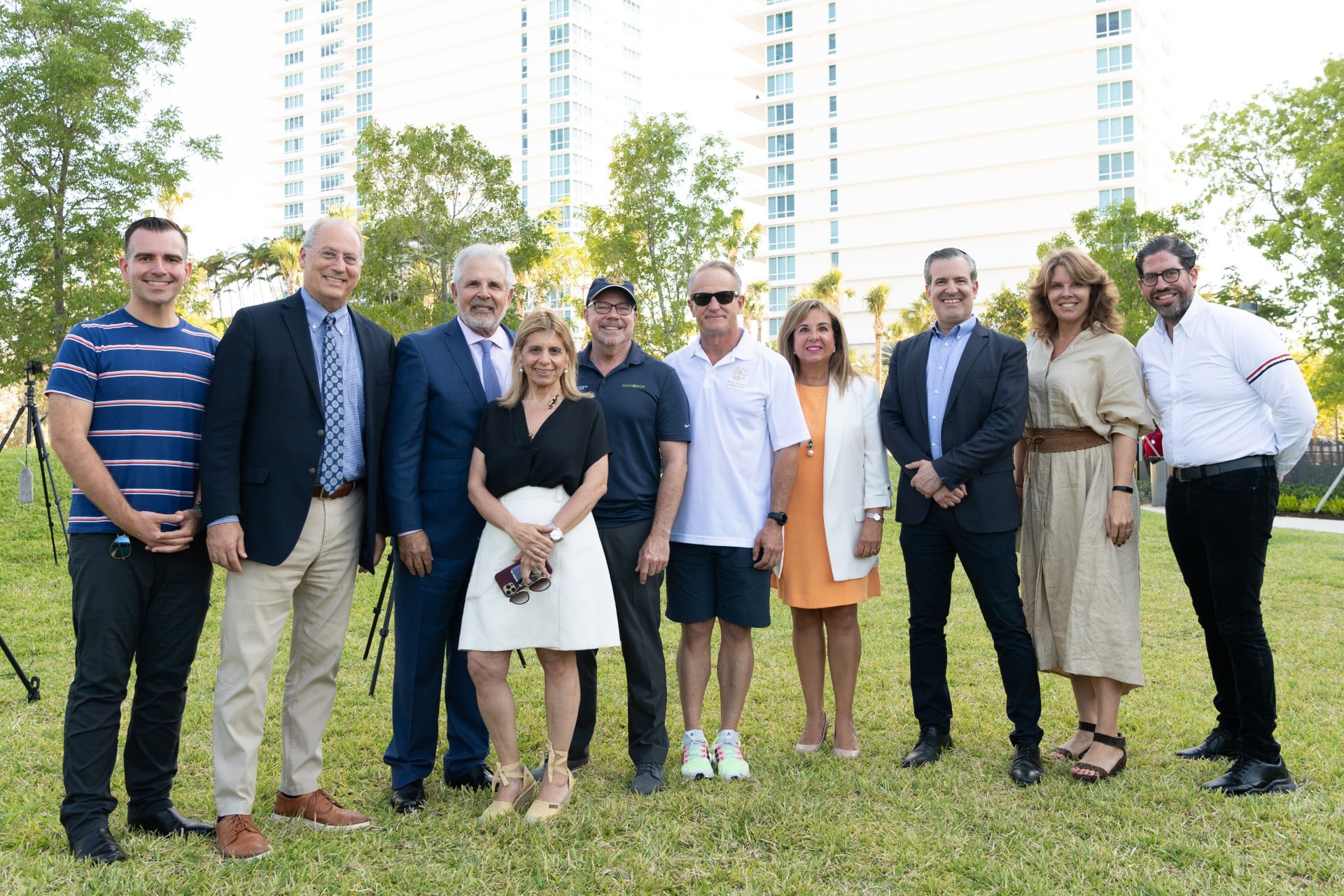 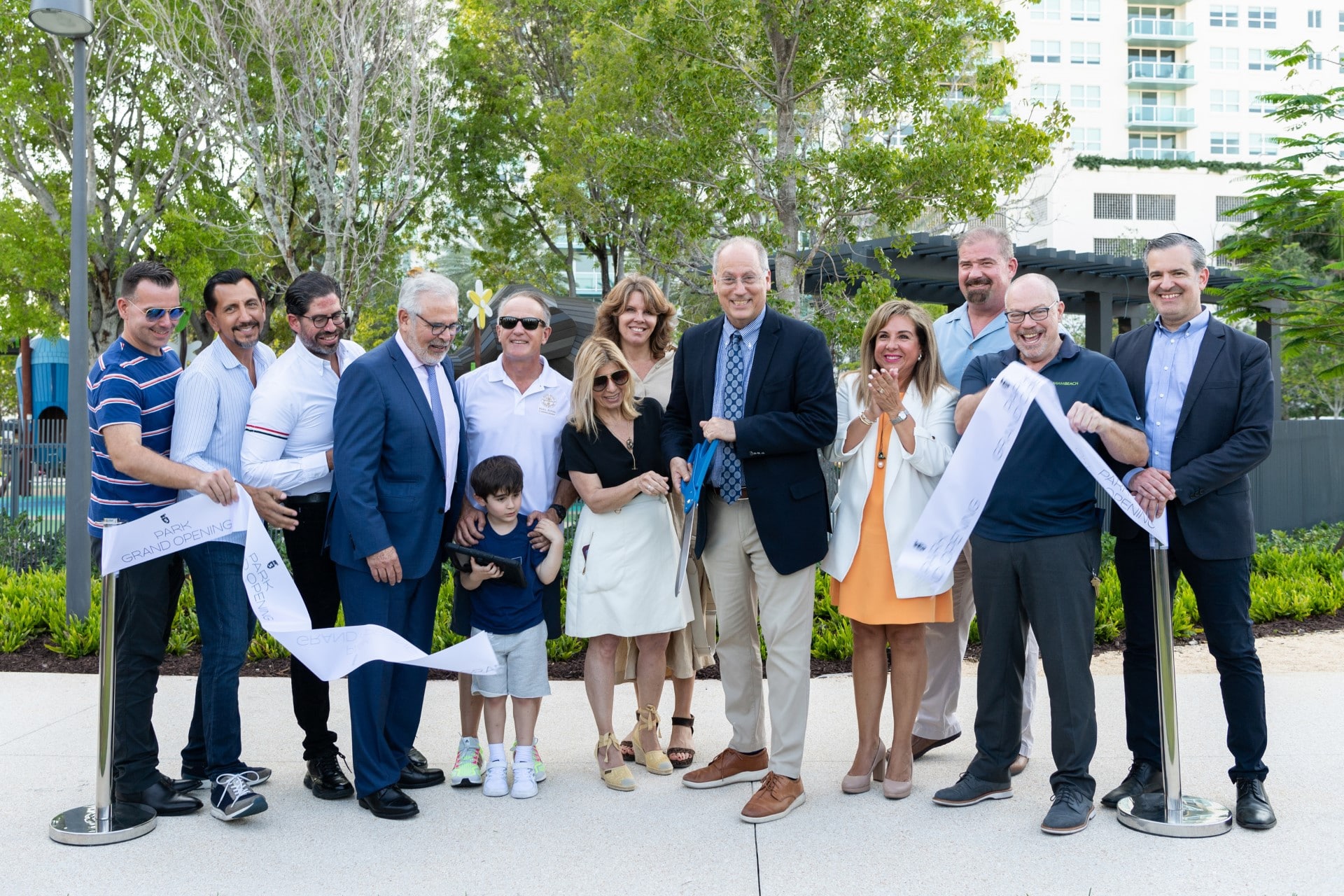