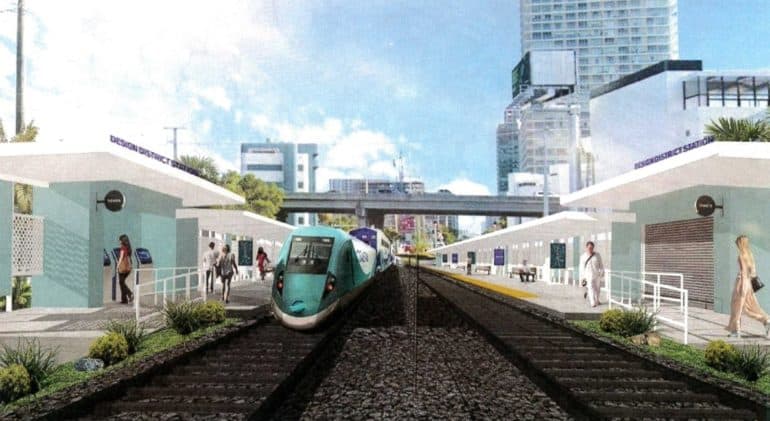 The developer of the Miami Design District is moving forward with plans to develop a signature tower. A new train station on the Brightline tracks is also planned.

A rendering of the new train station was revealed last month in a presentation to city commissioners by Neisen Kasdin, an attorney for the developer.

The Design District station is planned just north of I-195.

The station would be connected to two new towers that would be built, along with the rest of the Design District.

The two new Design District towers are planned to rise 20 stories and 36 stories. The new towers will be architecturally significant, developer Craig Robins has said. Conceptual drawings of the towers were included in the presentation.

Up to 845,000 square feet can be built, likely a mix of office and hotel. Robins said it would make a good corporate headquarters.

Miami-Dade commissioners have approved a deal with Brightline for commuter rail service on their tracks, with details now being finalized.

City of Miami commissioners approved a rezoning to allow for the Design District signature towers last month. A second reading is scheduled on May 27. 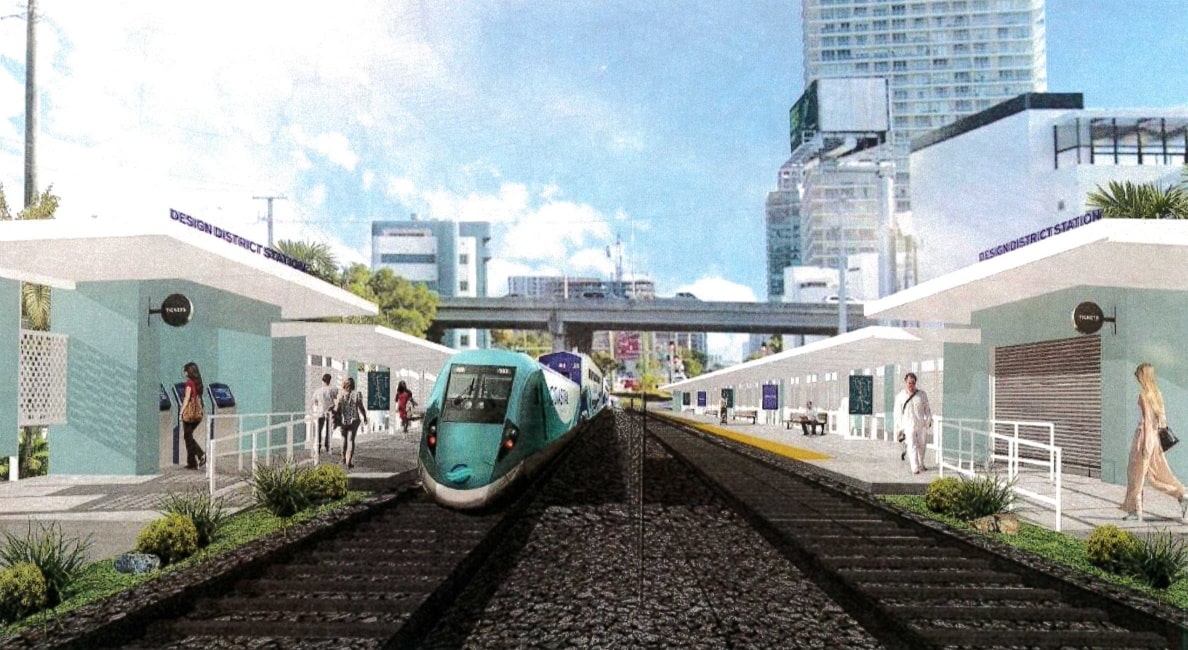 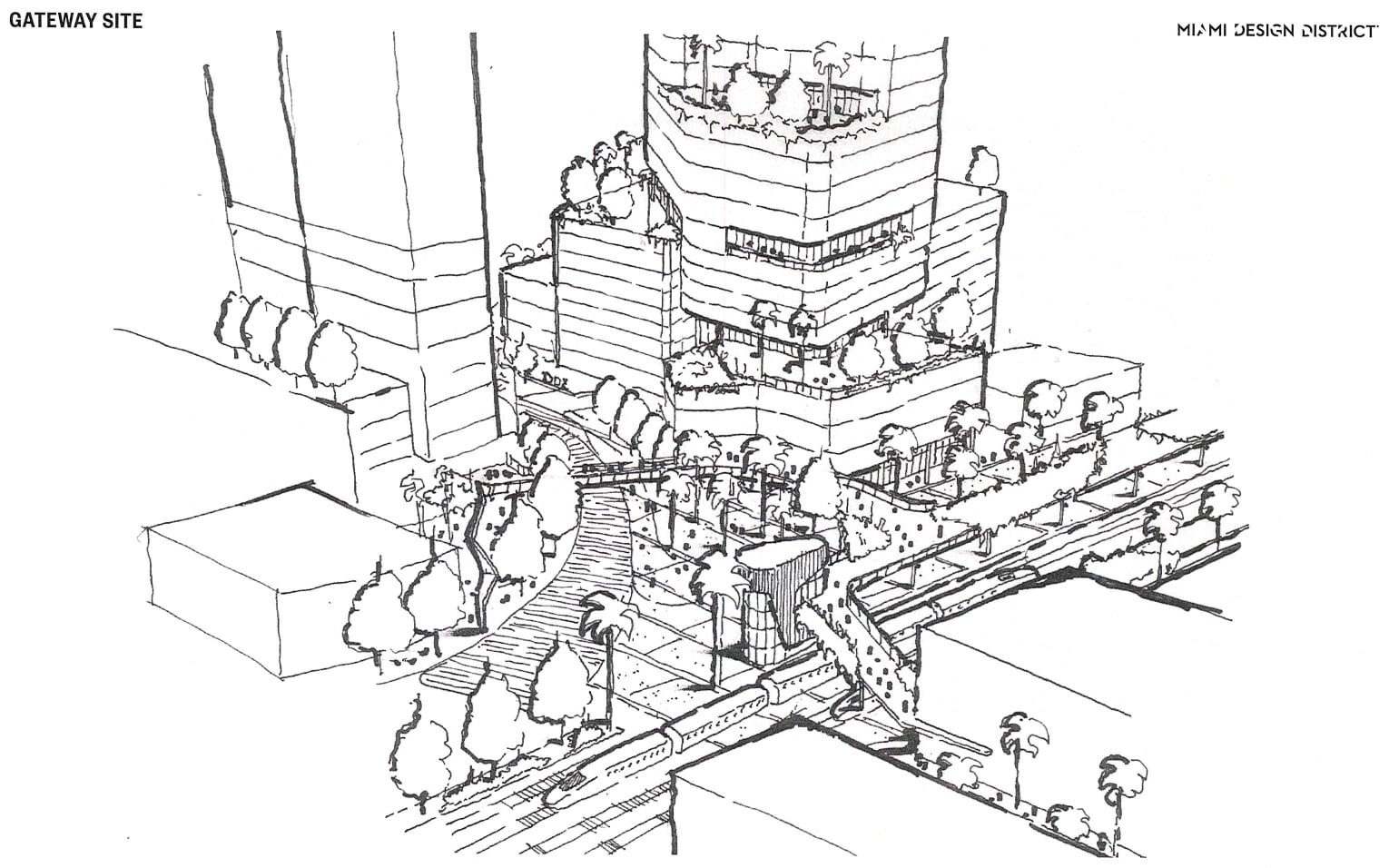 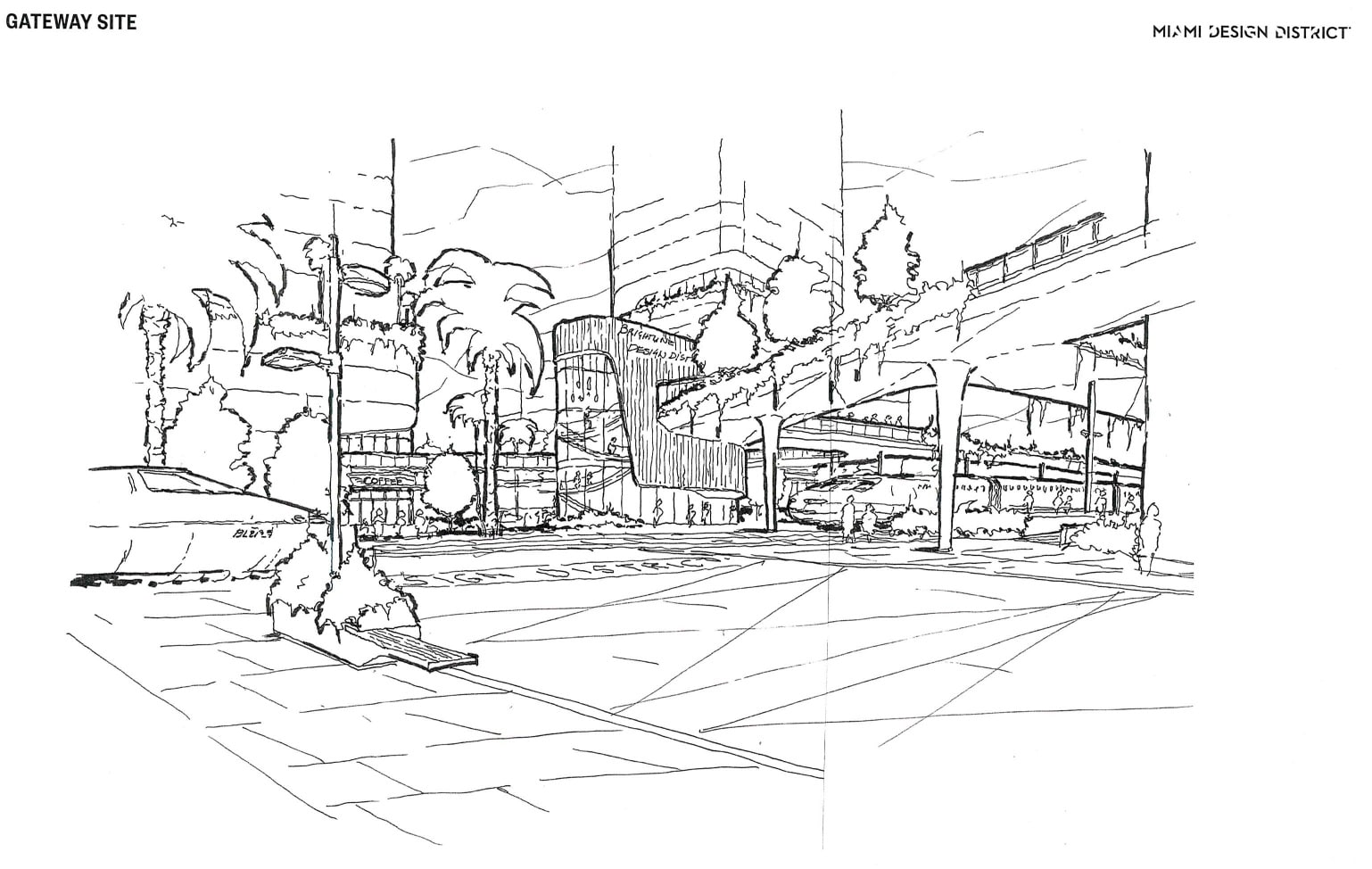 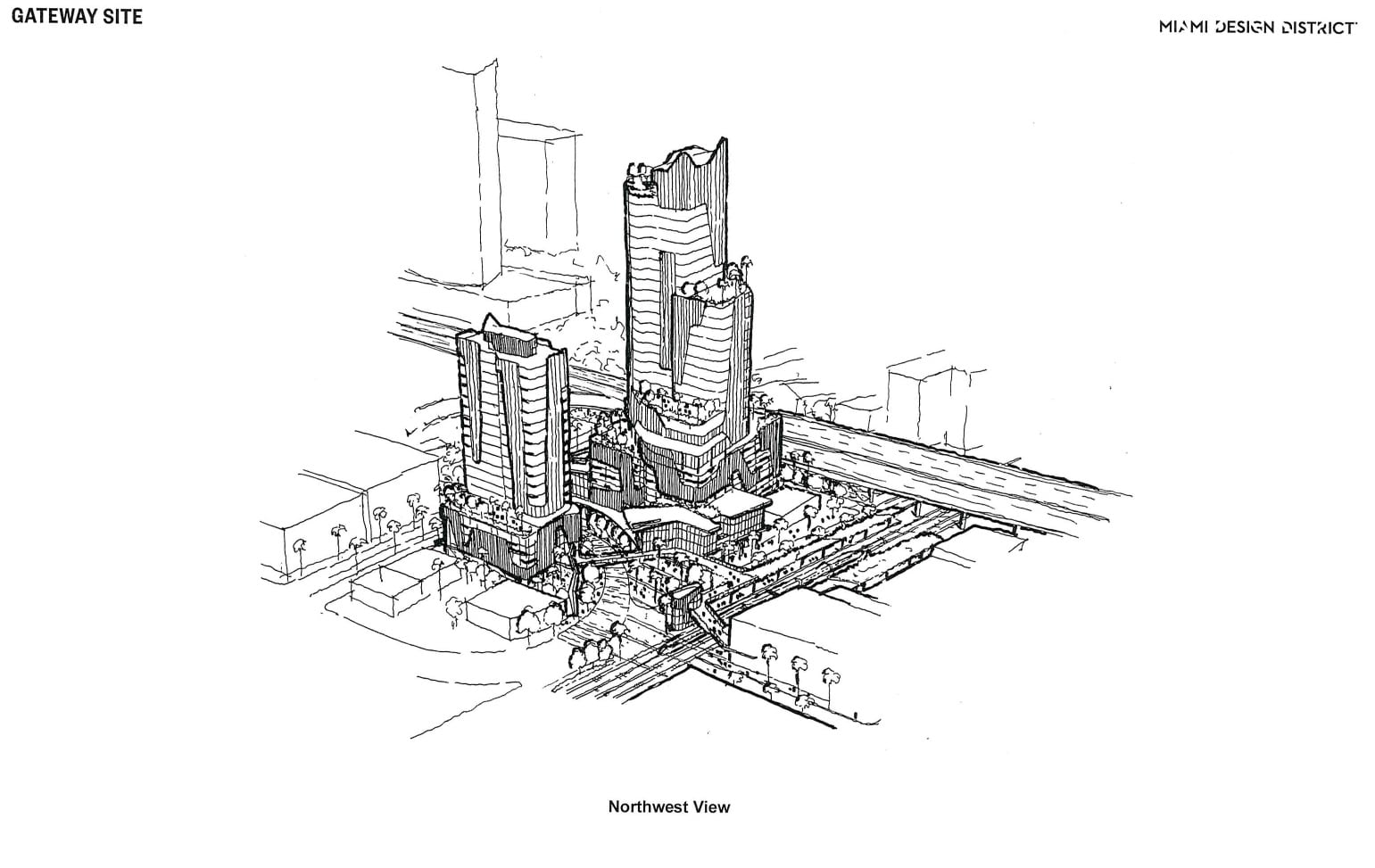 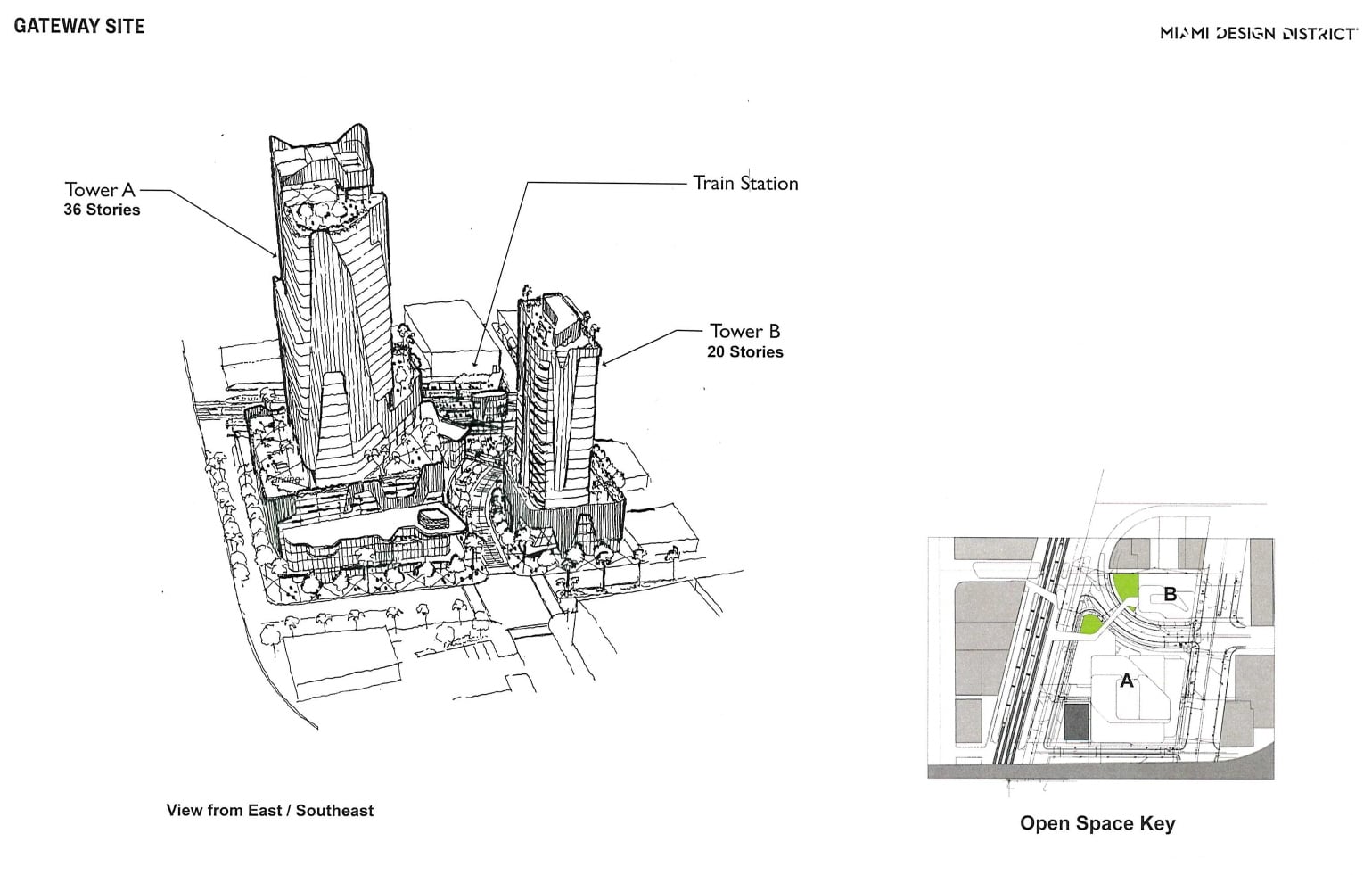