The biggest mall ever built in America will soon begin construction in Miami, and one retailer has revealed that they have plans to open a store there.

It is the first retailer known to have plans for a store there.

IT’SUGAR will open a “candy department store” at American Dream Miami “if and when” the mall opens, the CEO of the candy retailer told the SFBJ.

IT’SUGAR will open a similar store on October 23 at the American Dream mall opening near New York, in East Rutherford, NJ.

It will be the world’s largest non-producing candy store.

The massive NJ store will span three stories and 22,000 square feet, with a 60-foot replica of the Statue of Liberty that can be seen from every level. Instead of a torch, the statue will hold a lollipop.

The first floor will have a pick-and-mix area with 500 options. On the second floor will be merchandise and candy, and a cafe will be on the third floor.

The store will become a destination in itself, able to draw people who come just to see the store, the CEO said.

American Dream Miami will be bigger than the one in New Jersey. The Miami version will include retail and entertainment components, including resort hotels, amusement parks, and an indoor ski facility.

Site work for the mall was expected to begin earlier this summer, an attorney for the developer said, according to a June report. Completion of infrastructure needed to open the complex wasn’t expected until 2025, he said at the time (the SFBJ article says opening could be in 2023). 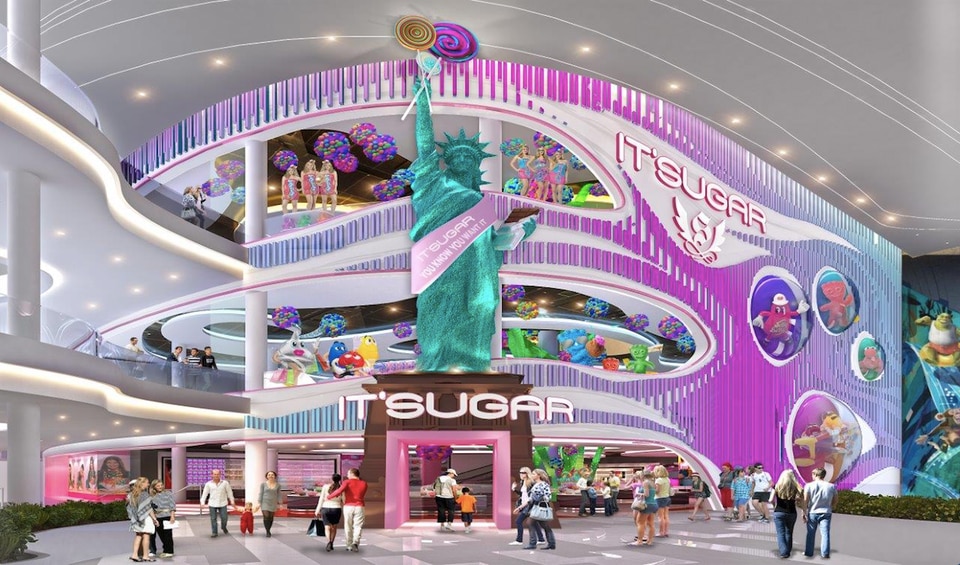