Developers are now preparing to break ground on the tallest tower ever in Miami Beach after they were granted a $345 million construction loan.

Five Park will rise 48 stories, or 519 feet, at the entrance to South Beach. That is taller than any other building in the city of Miami Beach, developers said.

The project will include 280 residential units.

“Five Park will be an iconic landmark for Miami Beach and we look forward to revealing more details about the project and advancing on construction over the coming months,” said Russell Galbut, Chairman of developer GFO Investments.

Terra is a co-developer of the project, together with GFO.

The project also includes three-acre public park, which broke ground in July 2020. The park will include native shade trees, pedestrian and bike paths, an outdoor gym and dog run, a children’s playground, and public art displays.

Completion of the park is scheduled for summer 2021.

A third phase will include a pedestrian bridge crossing over 5th Street, designed by artist Daniel Buren. The bridge will connect the park to the baywalk, South Pointe Park, and the beachfront.

Construction on the pedestrian bridge is expected to begin in 2022.

Completion of the tower is scheduled for 2023.

Arquitectonica is the architect, with interiors by Gabellini Sheppard.

Newly released renderings of the project: 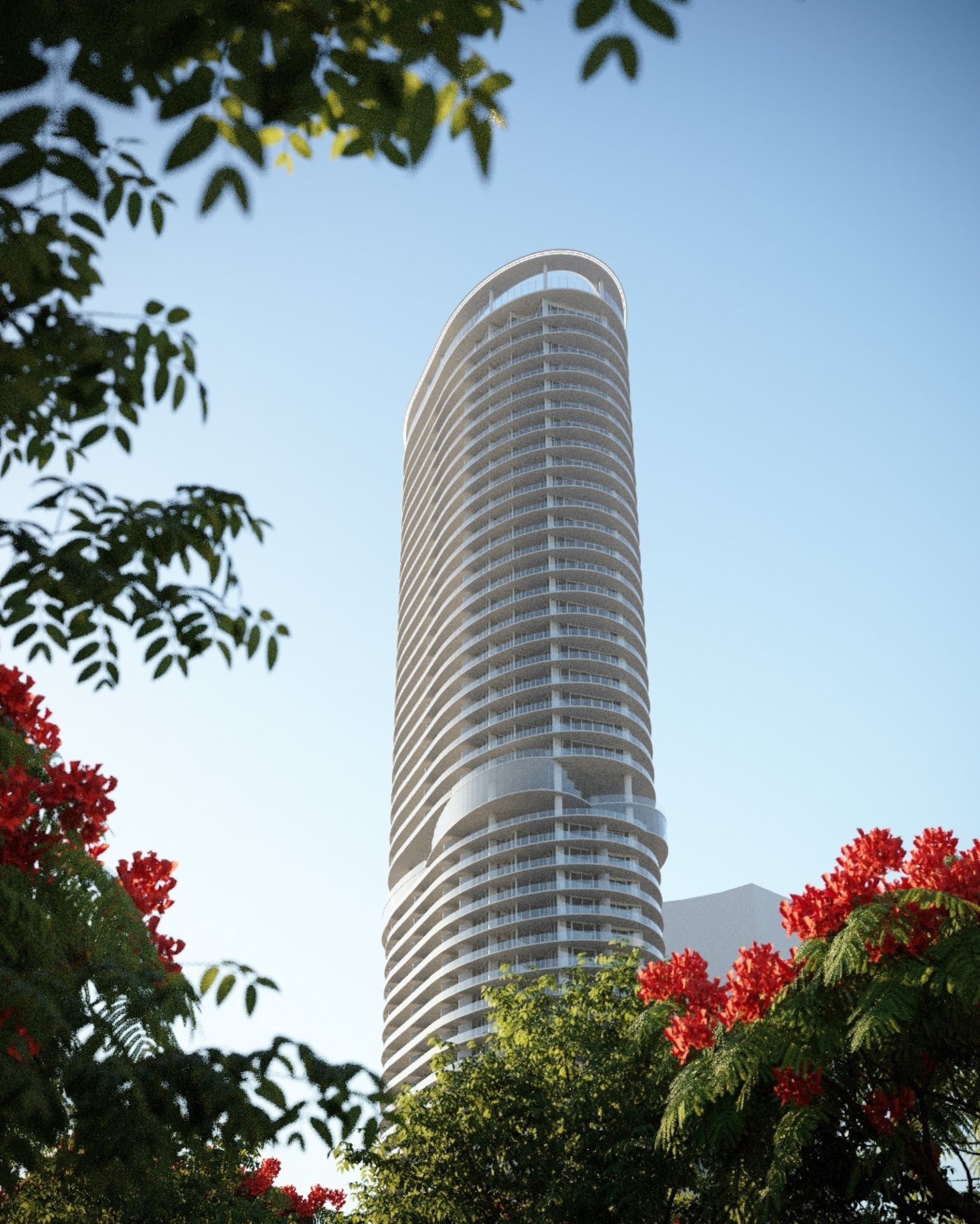