Miami-Dade has released a feasibility report on the installation of floating solar panels in area bodies of water.

FPL has already partnered with Dade on a half-acre, 402-panel floating solar installation at Blue Lagoon next to MIA, which generates 160 kilowatts.

One of the biggest issues is that Florida law permits only utilities such as FPL to generate and sell electricity, the report notes. That limits private companies and the county from building and operating their own solar installations.

However, the county could still power its own facilities with solar.

One potential site is the South Dade Wastewater Treatment Plant. The facility will be included in an upcoming solicitation to install on-site solar systems at several county facilities.

Feasibility of installing a pilot floating solar power plants on an existing manmade retention pond at the facility has been studied.

The plant requires approximately 8-10 Megawatt hours of electricity to process the approximately 100 million gallons of wastewater it receives each day.

The site currently has the capacity to produce 3 MW of energy through the cogeneration of wastewater biogas, and up to 3.84 MW could possibly be generated through floating solar panels. 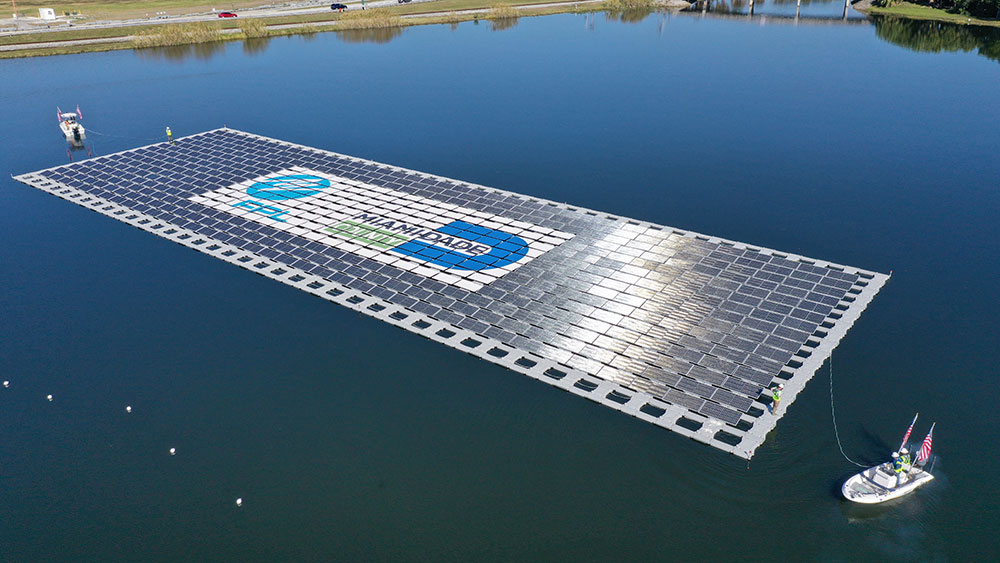