Florida’s homeless population decreased more than any other state since 2007, according to a newly released federal report.

No other state saw as large a decrease during the same period.

The trend continues between 2019 and 2020, when Florida again saw the largest decrease in homeless population nationwide.

Florida’s homeless rate per capita is also below the national average, the report said.

The 2020 Annual Homeless Assessment Report from the U.S. Department of Housing and Urban Development is a report to congress that relies on surveys from around the country.

Of the major cities with high homeless populations, New York and Los Angeles ranked highest by far. Only the top five cities were ranked, and Miami was not listed.

Miami-Dade has had a 1 percent tax on restaurant sales since 1993, of which 85 percent goes towards a homeless trust that helps get people off the street. It is the only place in the country with such a tax.

The number of homeless people living on the street in Miami-Dade County has dropped from 8,000 two decades ago to under 1,000 today as a result of that program. 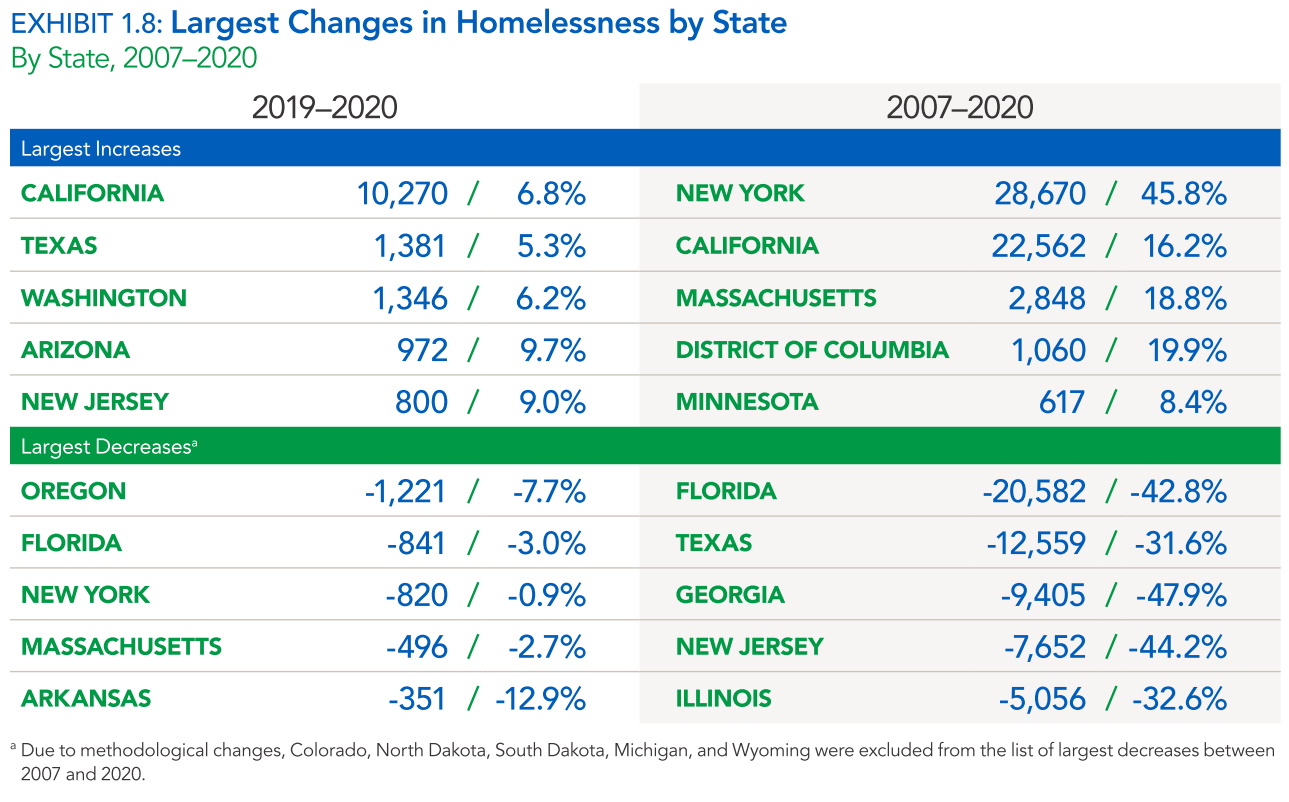