Florida Was The Fastest Growing State In 2022, Census Says

Florida’s population increased 1.9% between 2021 and 2022 – faster than any other state in the nation, according to the Census Bureau.

It is the first time since 1957 that Florida has ranked #1 for growth on a percentage basis, the agency said.

Only Texas added more on a numeric basis, with a population increase of 470,708 (Texas still ranked lower on a percentage basis due to a larger overall population).

Some states lost population during the year. New York was the biggest loser, with its population decreasing 180,341, or 1.9%. 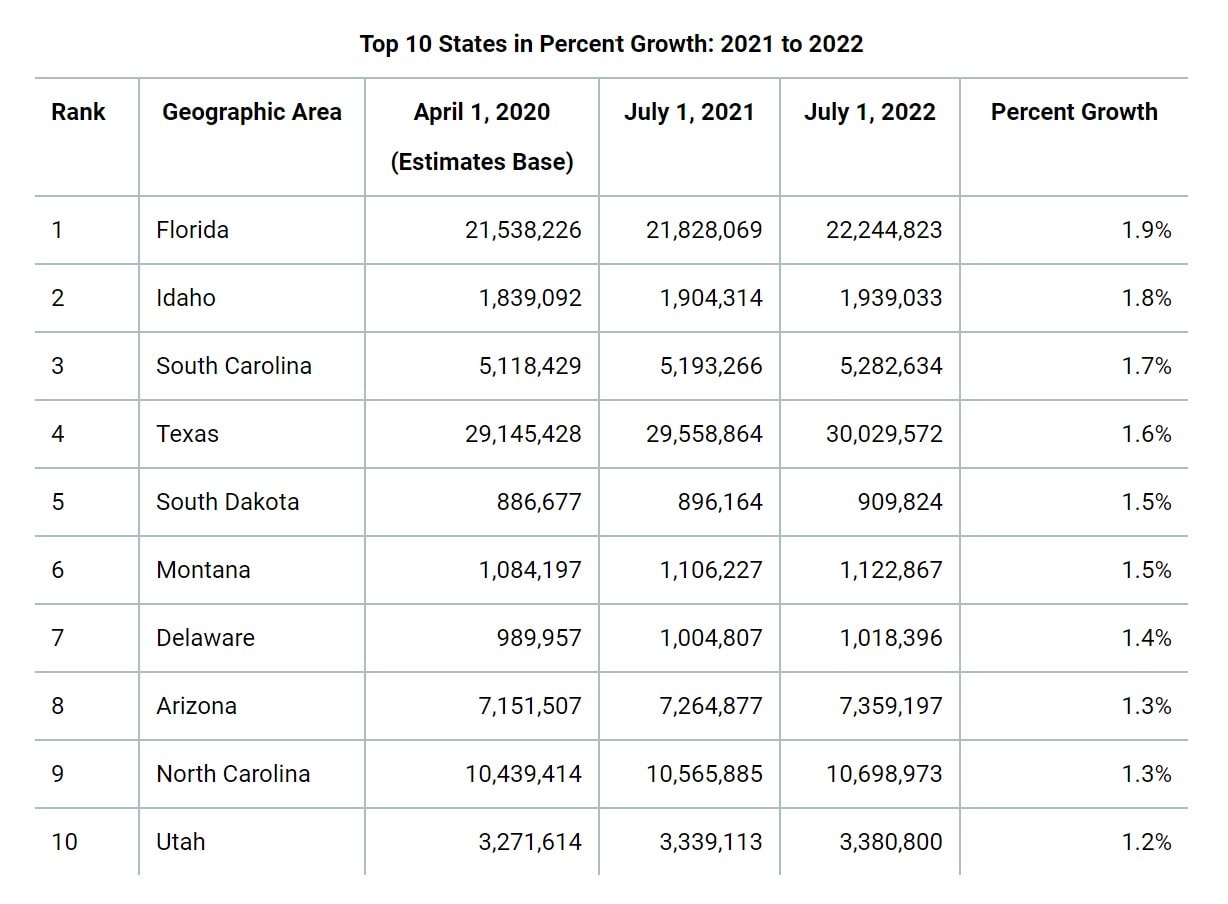