Fort Lauderdale commissioners voted to approve moving forward on a feasibility study for an underground transportation system using a network of tunnels designed by Elon Musk’s The Boring Company, according to the Sun Sentinel.

The city will pay $375,000 towards the study, while The Boring Company agreed to cover any potential costs beyond that if needed for the study.

The system will be known as The Olas Loop, and will initially run 2.7 miles.

It won’t be a traditional mass-transit system, but will instead use Tesla cars that will be open to the public, which will ride through the underground tunnels.

Initially, it is planned to run from downtown to the beach, with a trip expected to take just 3 minutes, at an average speed of 50 miles per hour.

According to the original proposal, potential future stations could include:

The system could also be connected in the future to an underground tunnel system in Miami, the proposal said. 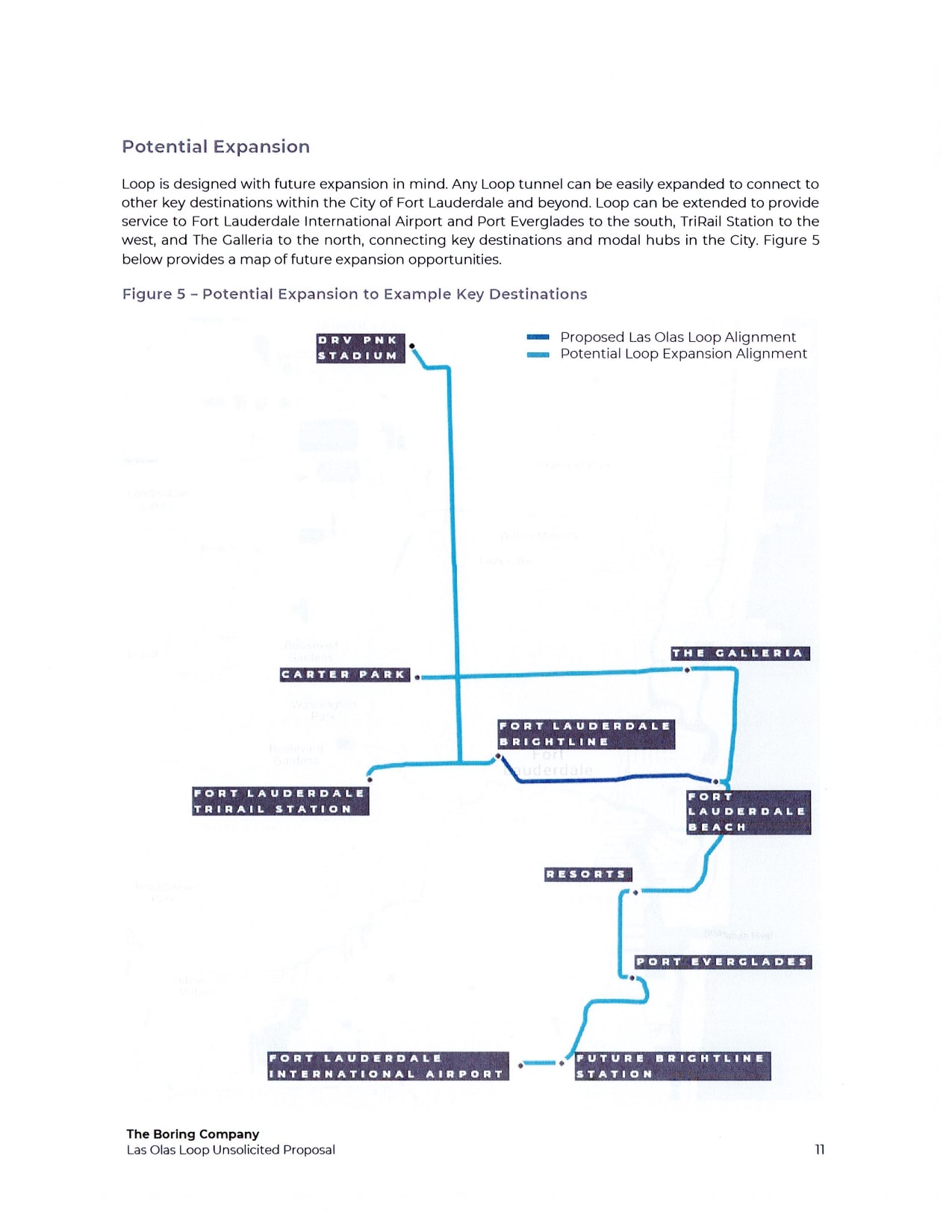