The tallest building ever built in Fort Lauderdale topped off last month.

The 46-story tower will include hotel rooms on the lower 15 floors, and condos starting at level 16 and up.

“Topping off at 499 feet high, 100 Las Olas is now the tallest building in Fort Lauderdale,” said Bob Vail, president of Kolter Urban. “It’s been more than a decade since there has been a residential ownership opportunity downtown. The building will be an iconic landmark on Las Olas Boulevard. We’re incorporating all the latest architectural design elements and the newest interior finishes and fixtures in the building, and our residents will have an incredible home and a walkable lifestyle in this thriving dining and entertainment district.”

100 Las Olas will include 113 private residences in Fort Lauderdale’s urban core. The luxury condominium amenities and residences will begin on the 16th floor, with 238 Hyatt Centric hotel rooms occupying the lower levels. The ground floor lobby bar, restaurant and retail will be open to the public.

Of condo inventory released, 50% of units have been sold.

Completion is set for the first half of 2020. 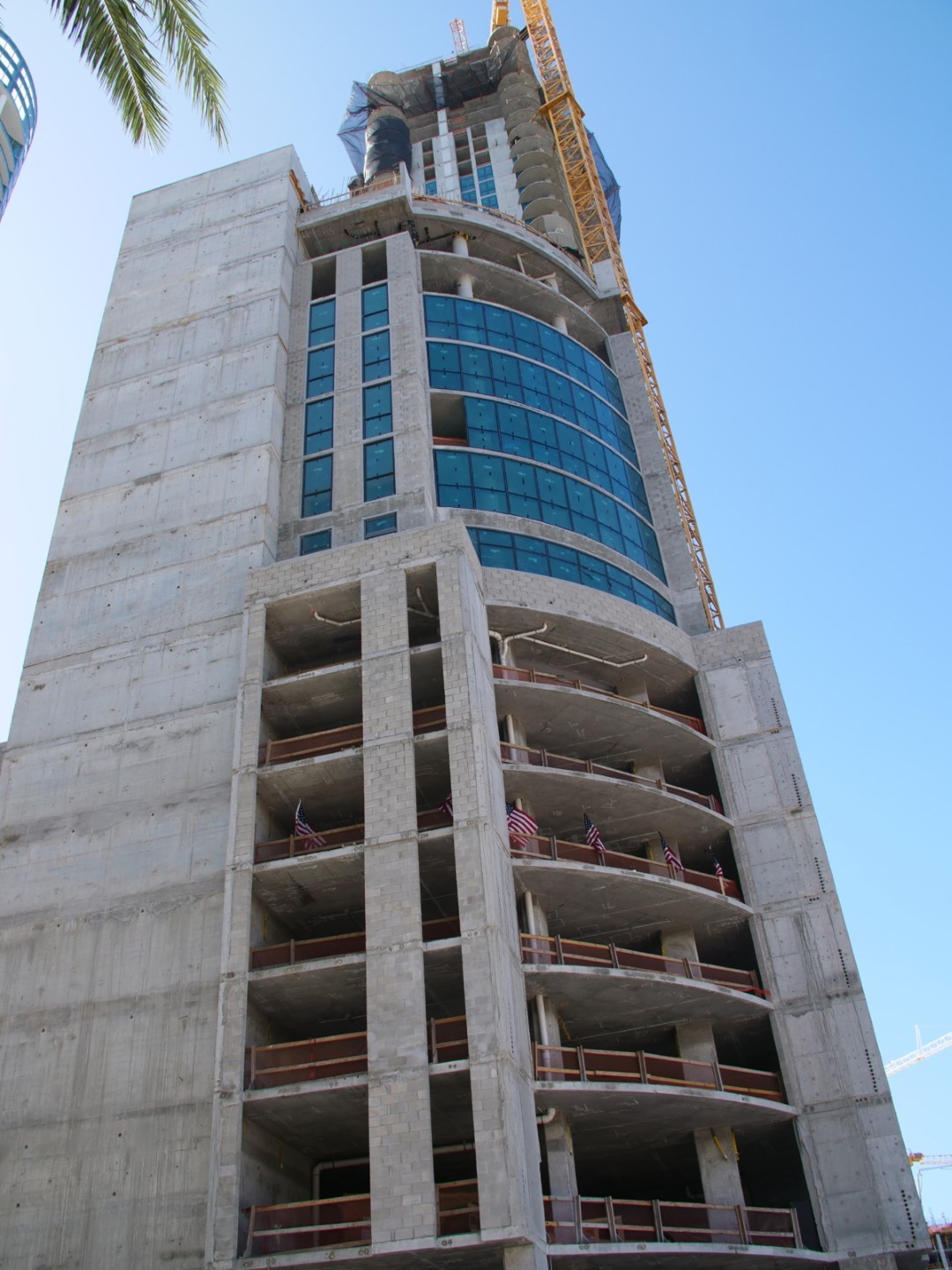 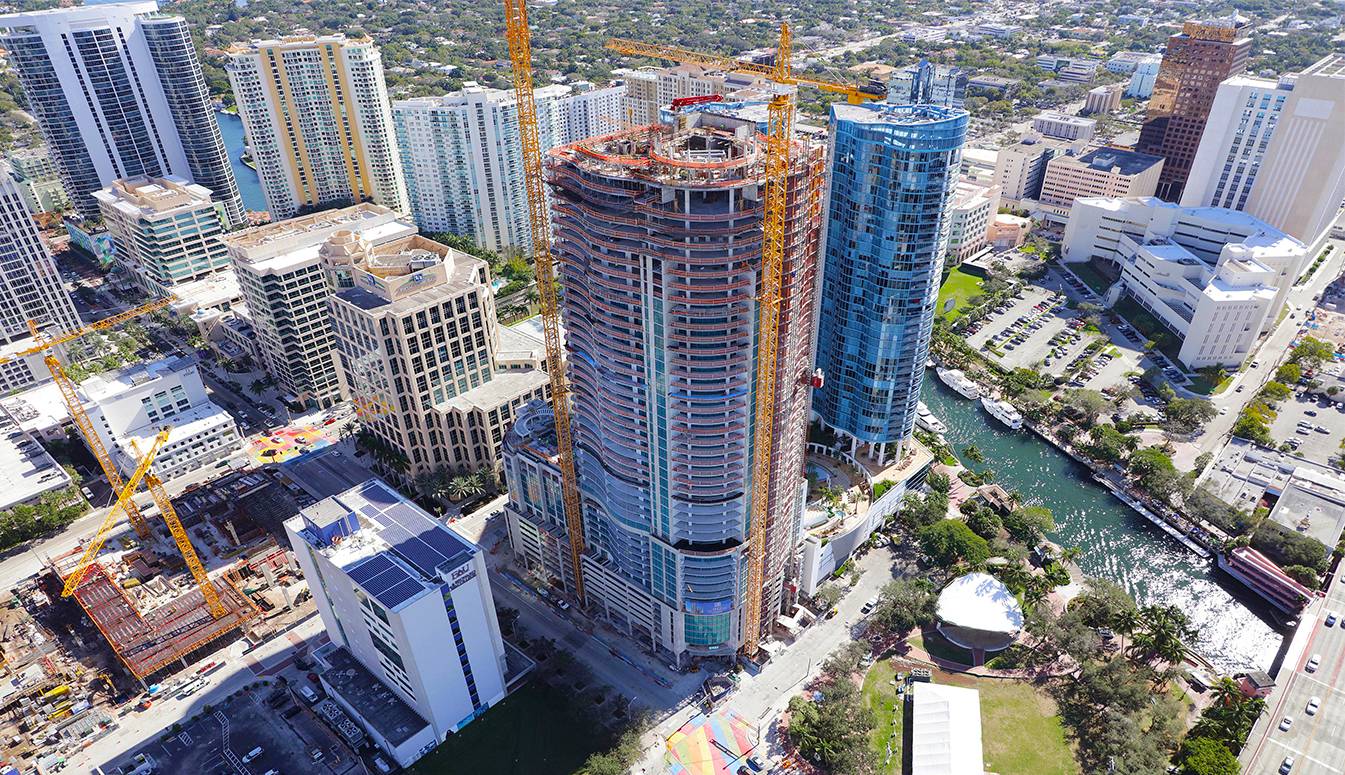 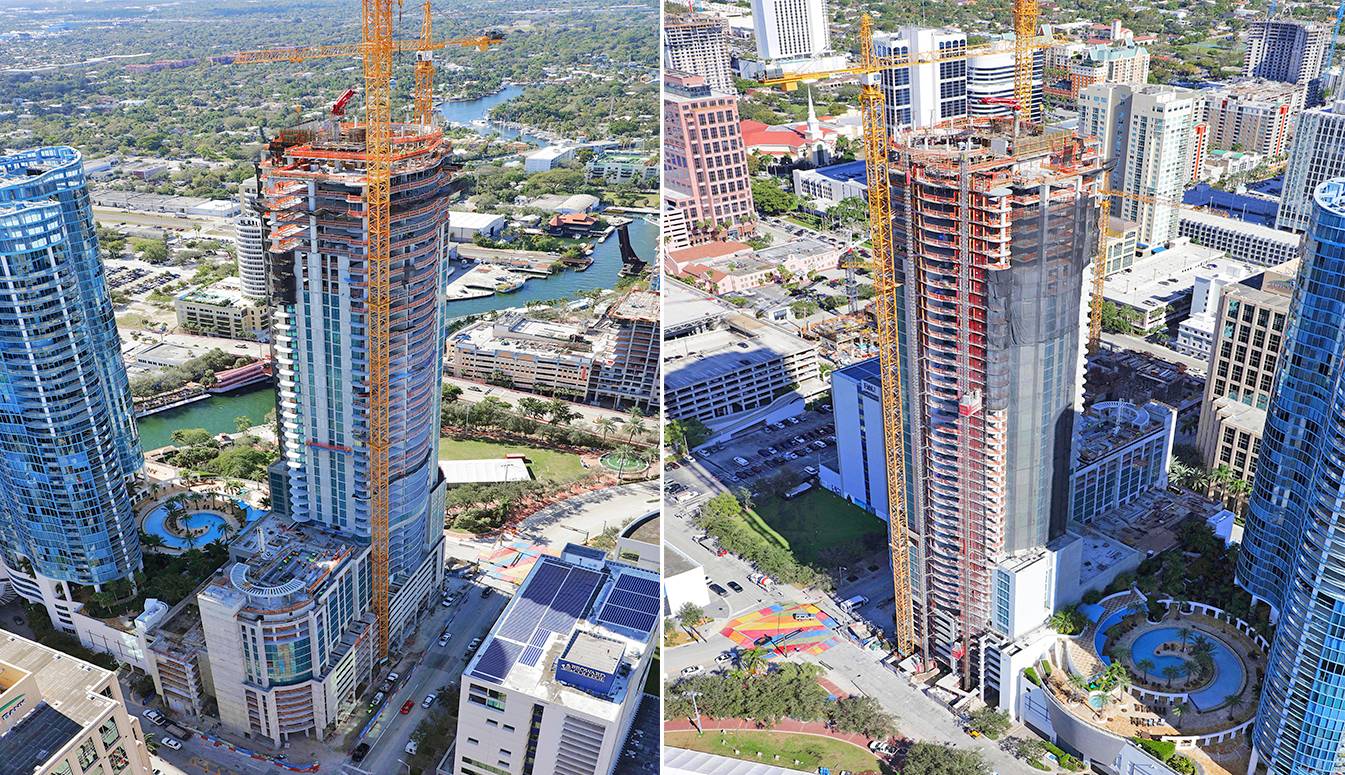