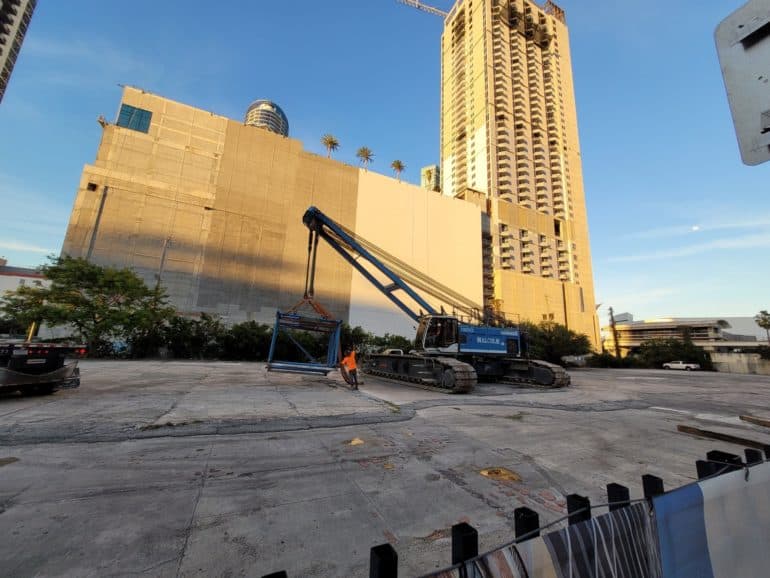 Construction equipment was spotted arriving on the site yesterday where downtown Miami’s Natiivo tower is planned.

The machinery appears to belong to Malcolm Drilling, a foundation contractor.

City records show that a construction permit for the building is still in process. The developers are using a private provider for plan review, which allows for work to begin faster.

Natiivo is planned to be a 51-story tower.

It will include 448 residential condo units, most of which have already been sold. There will also be office condos, A Gale hotel with regular rooms and hotel-condo units, and a ground floor market and restaurant.

Developers of Natiivo have previously announced a February 2021 groundbreaking date. 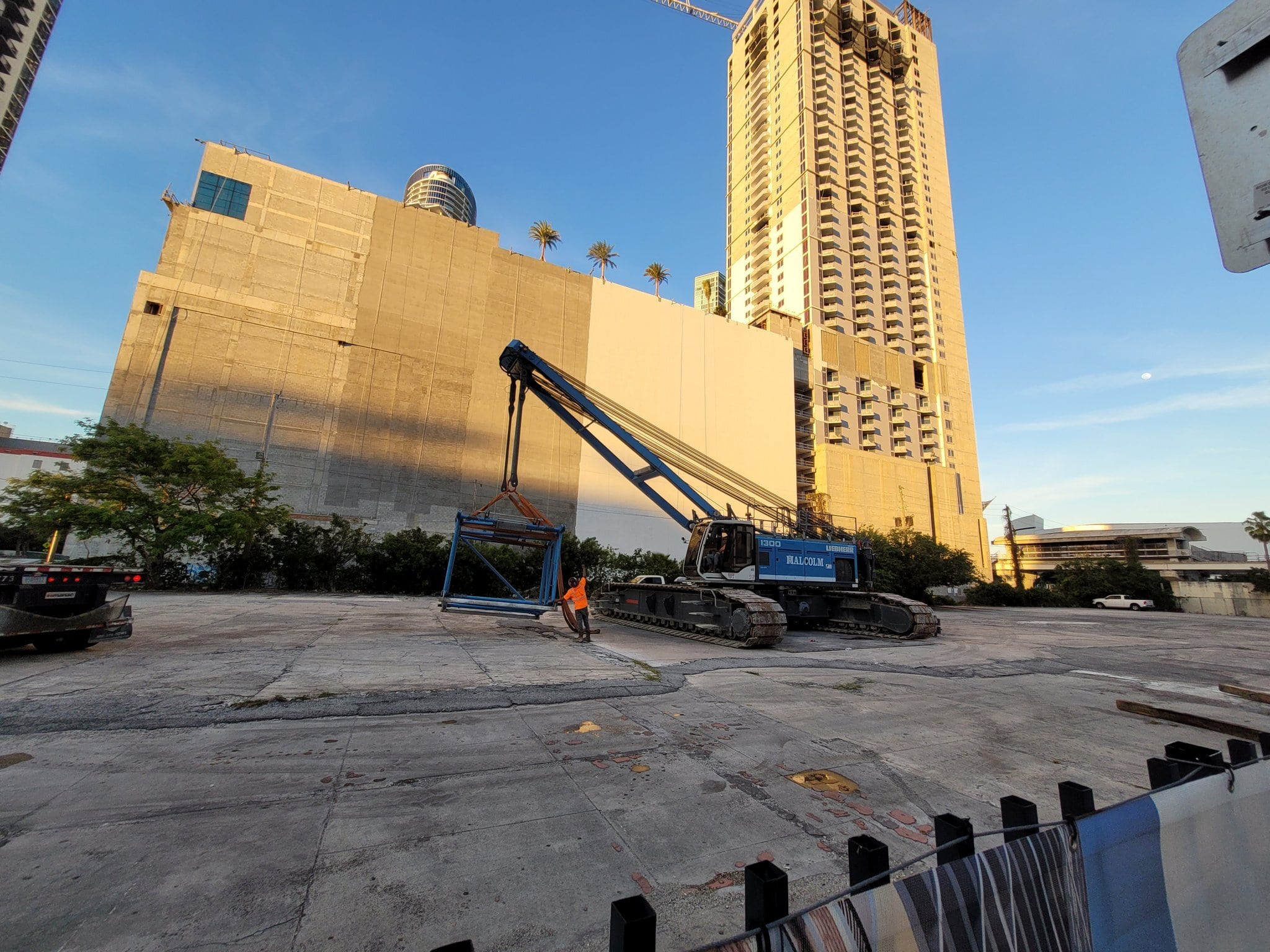 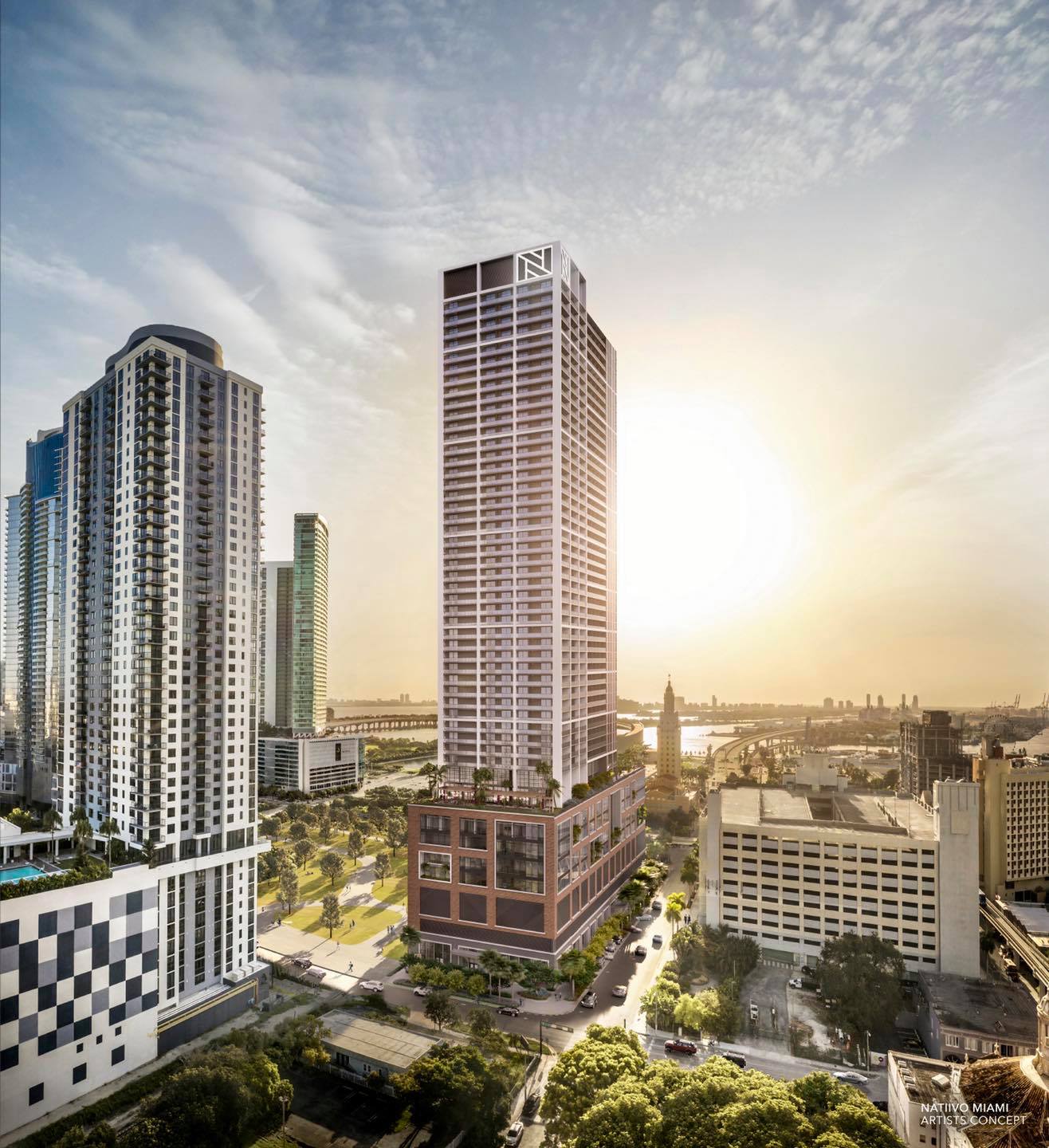