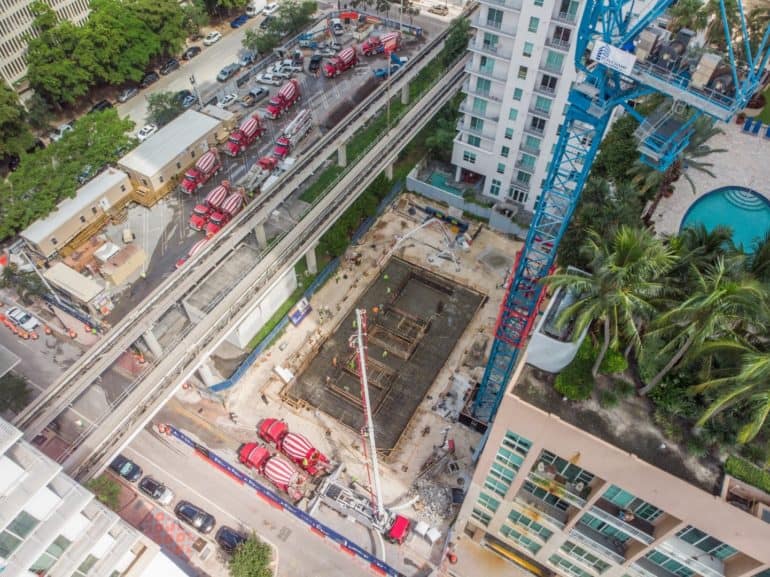 A foundation pour for downtown Miami’s 31-story Yotelpad tower was completed over the weekend, and vertical construction of the tower will now begin.

The pour took place on August 10 and lasted seven hours. Contractors needed about 110 cement trucks and 1,100 cubic yards of concrete to complete the pour.

The sales pace at the tower broke records for downtown Miami, developers say. Sales reached 50 percent just six months after the project launched, and over 95 percent of units are now sold.

Buyers will be able to rent out their condos on a short term basis. Units are also small and relatively affordable (ranging from 417-square-foot studios to 708-square-foot two-bedrooms), making them popular.

A total of 231 residential units are planned, in addition to 222 hotel rooms. No parking garage is being built.

Aria Development Group and Kuwait’s Aqarat are the developers. Beauchamp Construction is the general contractor.

Completion is scheduled for 2021. 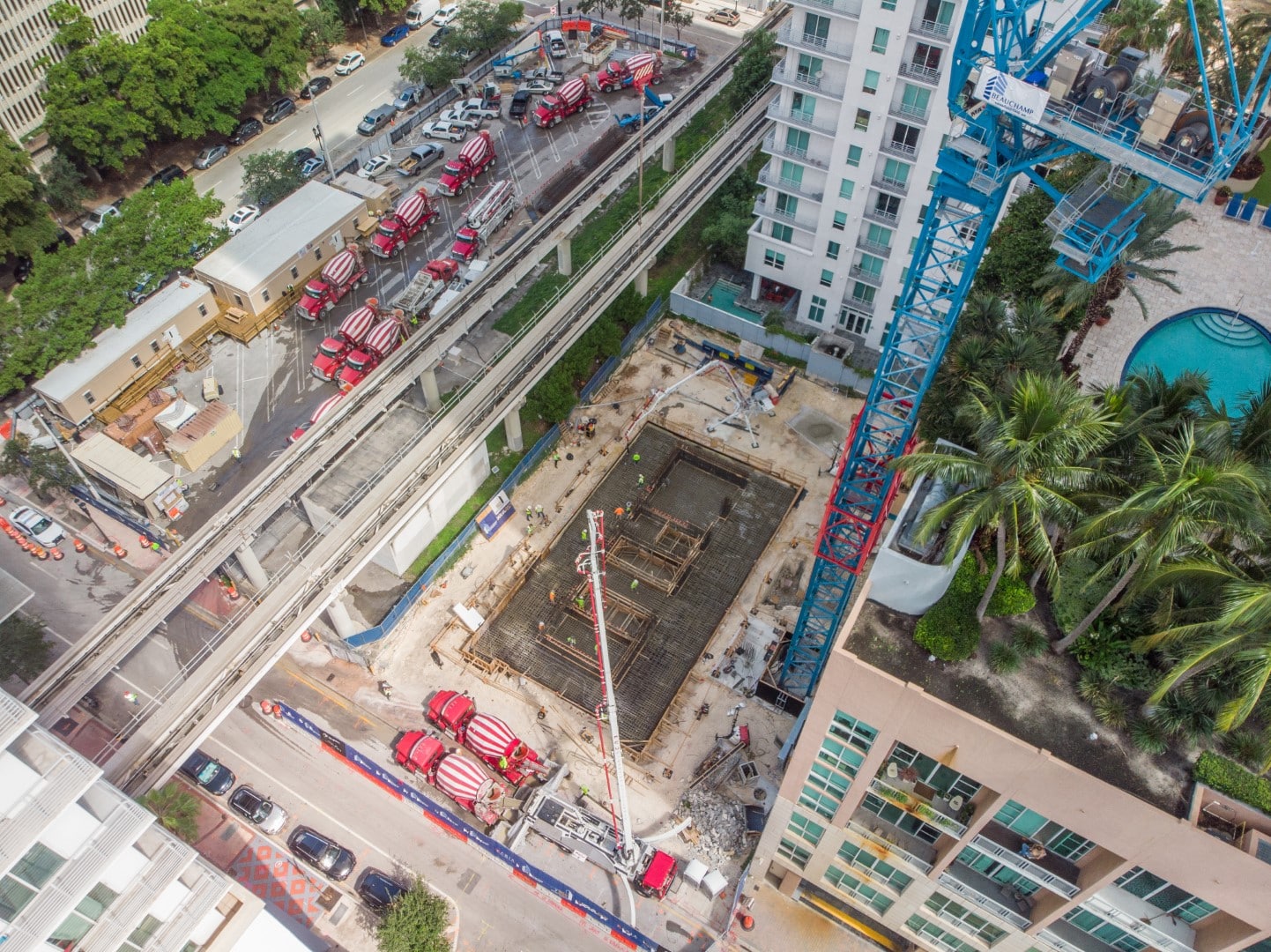 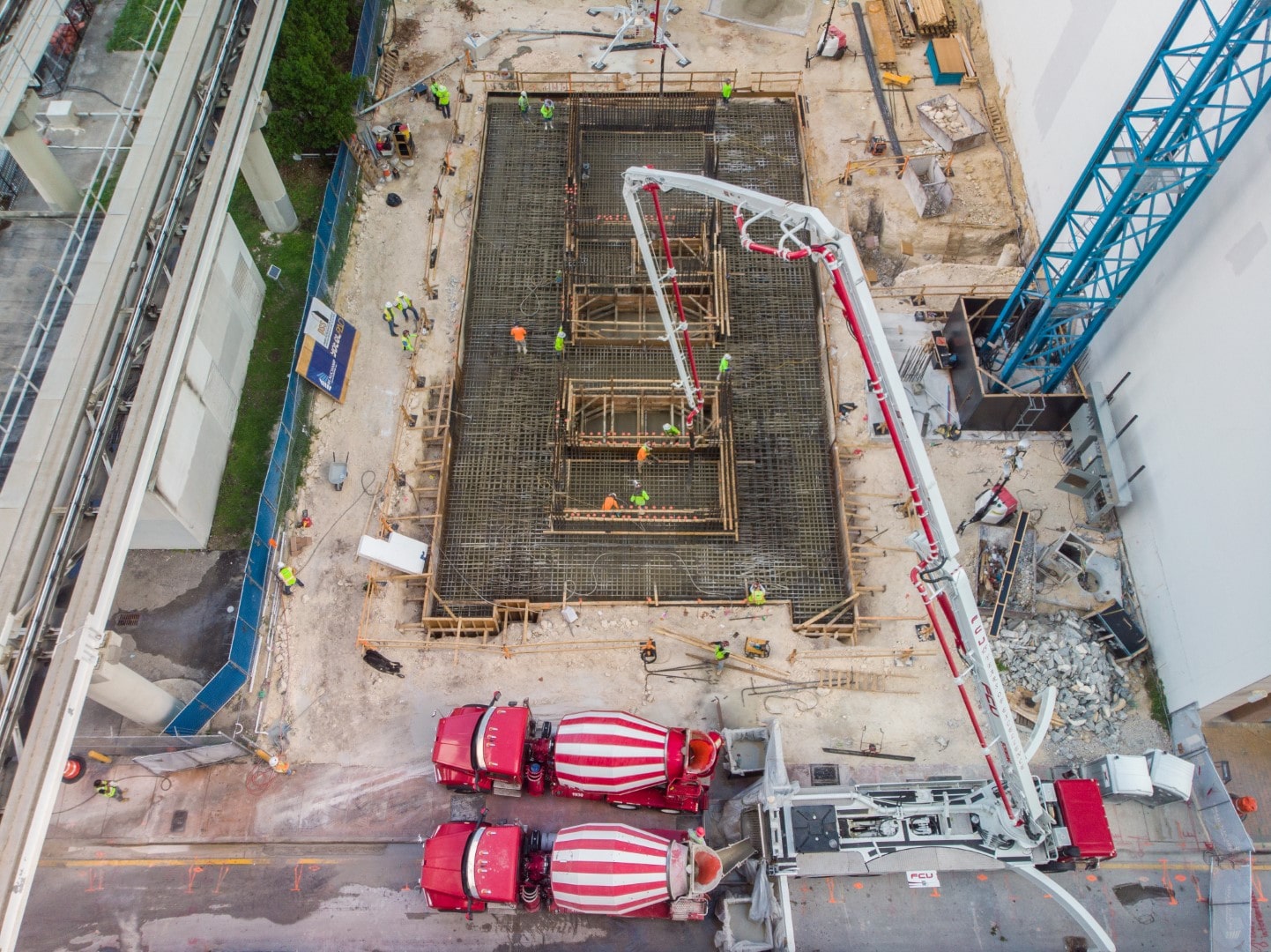 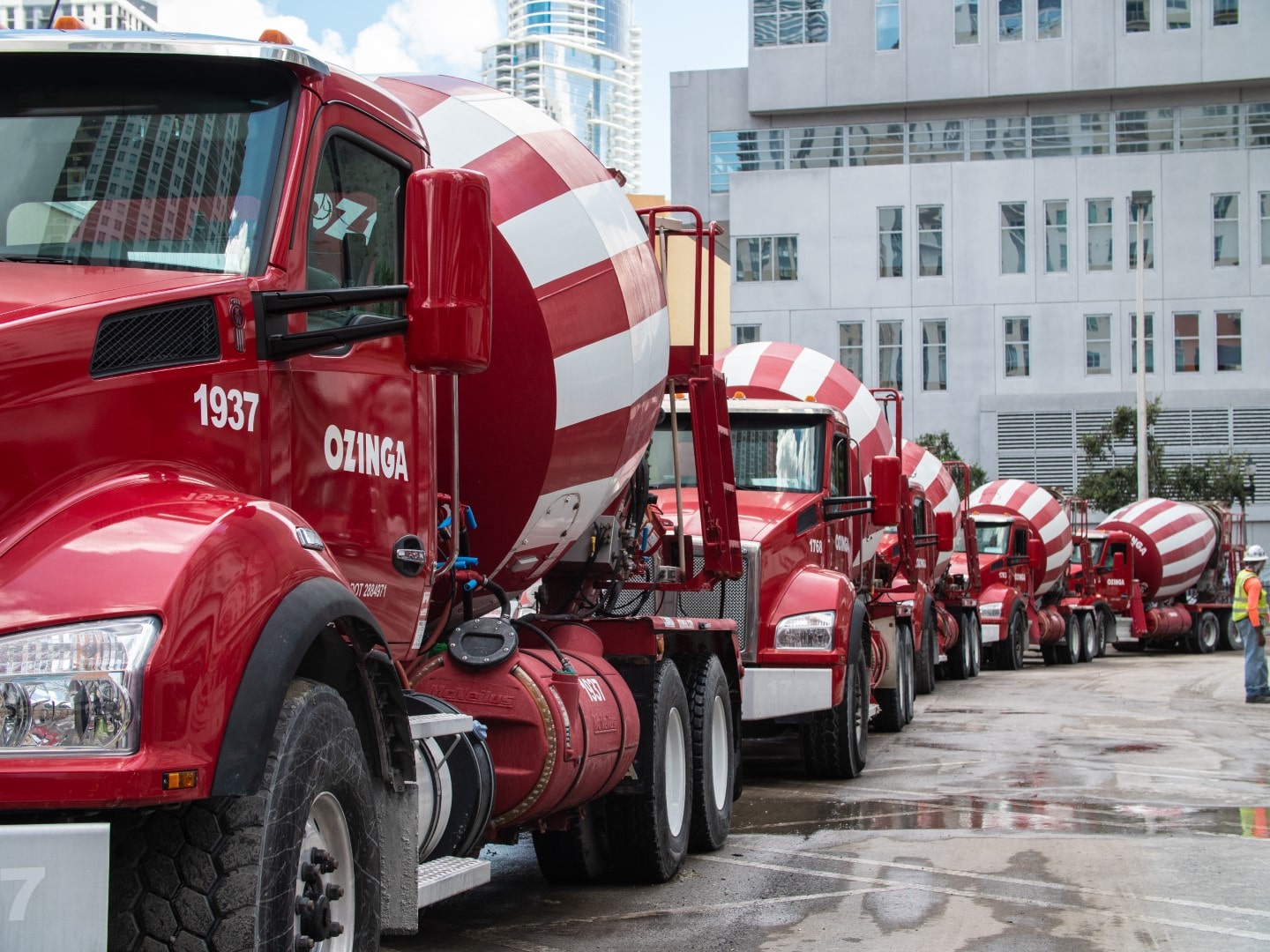