Four companies have submitted bids to build an expansion of Metrorail north to the Broward County line, according to Miami Today.

Miami-Dade is now in the process of moving to Phase 2 of the Request For Proposals, and will eventually narrow down the list to a single top bidder.

Japan’s Hitachi and China’s BYD were previously said to have expressed interest in building the rail line.

In 2019, the county voted to move forward with a plan to build an elevated heavy-rail system on the route, known as the North Corridor.

The line will begin at either Metrorail’s Northside Station or Martin Luther King Jr. Station.

It is set to end at Northwest 215th Street, which is the Broward County line.

However, Broward has expressed interest in piggybacking on the line to extend it to Fort Lauderdale, using a recently added 1-percent sales surtax.

Although details of the four Miami-Dade bids haven’t been revealed, politicians said in 2019 they expected it would need federal funding to be built. That would be a problem however, since the feds have previously rejected such requests.

The length of the route is expected to the Broward line is about 10-miles.

The north corridor is shown in purple: 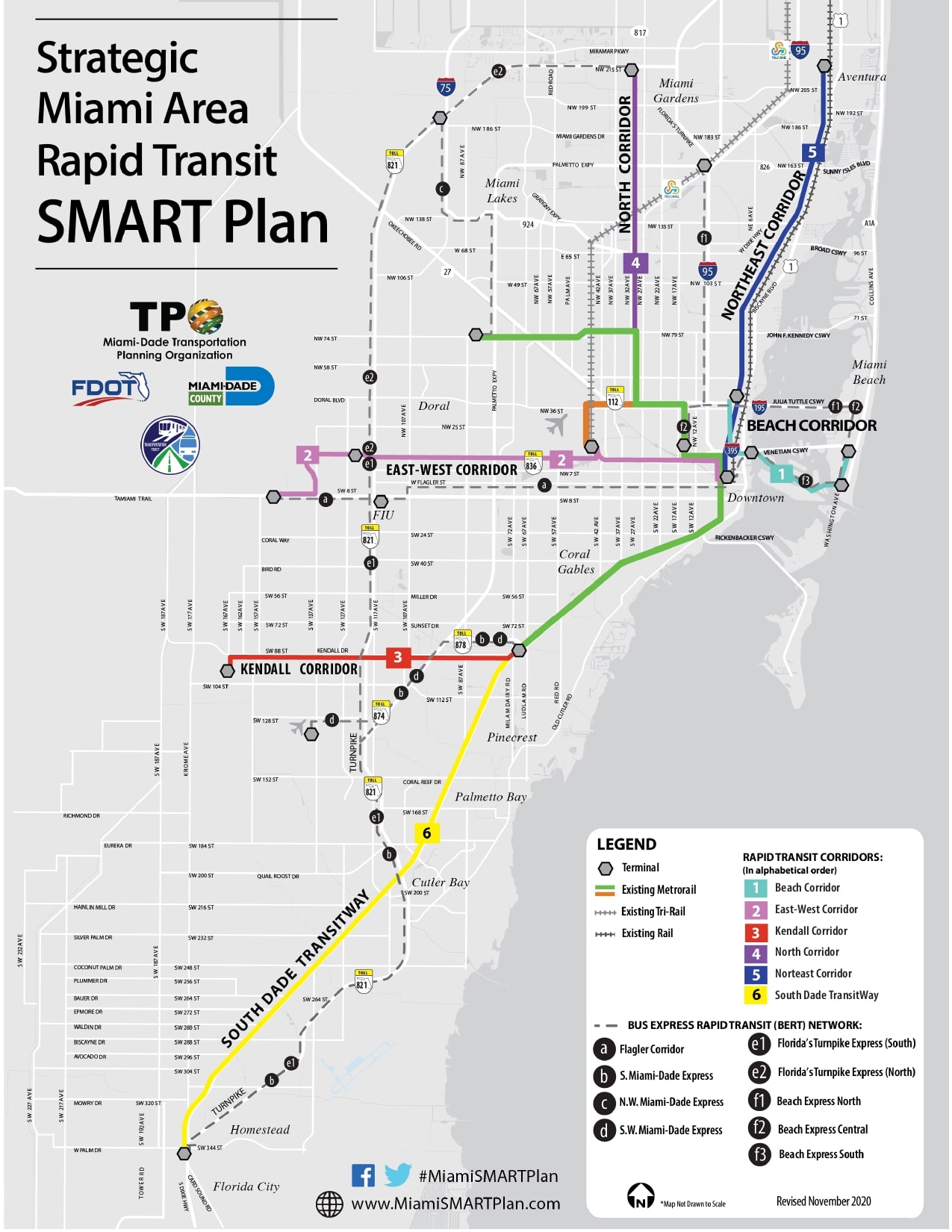