Miami is about to get lots of media exposure, thanks to the Super Bowl.

Multiple networks will be broadcasting live from here beginning next week, but the biggest set is being built by Fox, which has broadcast rights to the game.

Fox started building its set in Lummus Park on Ocean Drive in South Beach on January 6, according to a Miami Beach City Manager memo.

A site plan shows there will be a demo football field, small Ferris wheel, and a Fox News studio.

The network will begin broadcasting live on January 24 and continue through February 2, or around 10 days.

ESPN and Univision are among the other broadcasters that will set up shop in Lummus Park. In total, around $10 million worth of media exposure for Ocean Drive is expected.

During the last Miami Super Bowl in 2010, locals were disappointed in how little coverage the network gave to the city, particularly during the game itself, when there were no live shots of the city (instead, the network aired video of crowds in New Orleans cheering on the Saints). Fox appears to be taking the opposite approach this time. 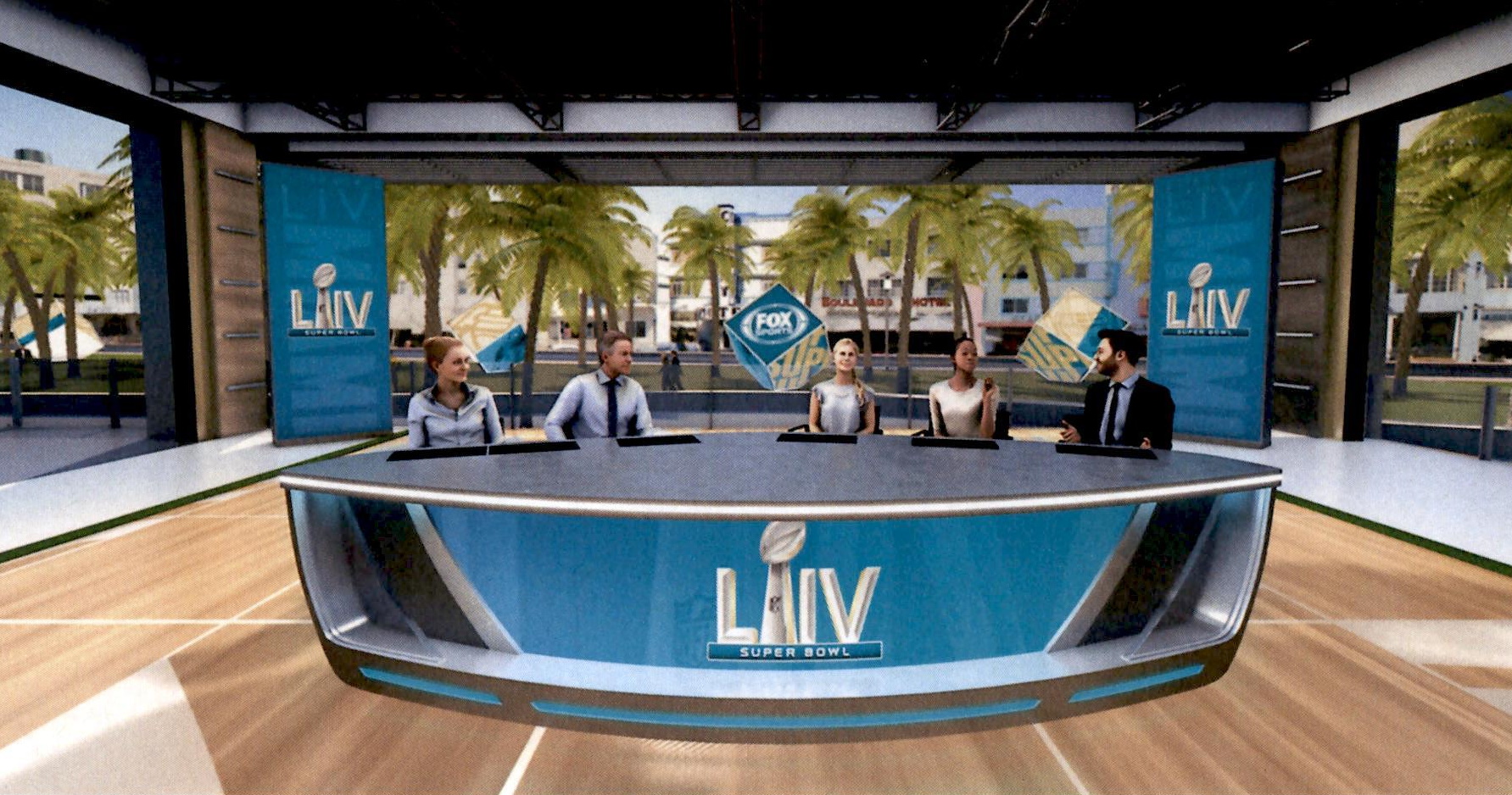 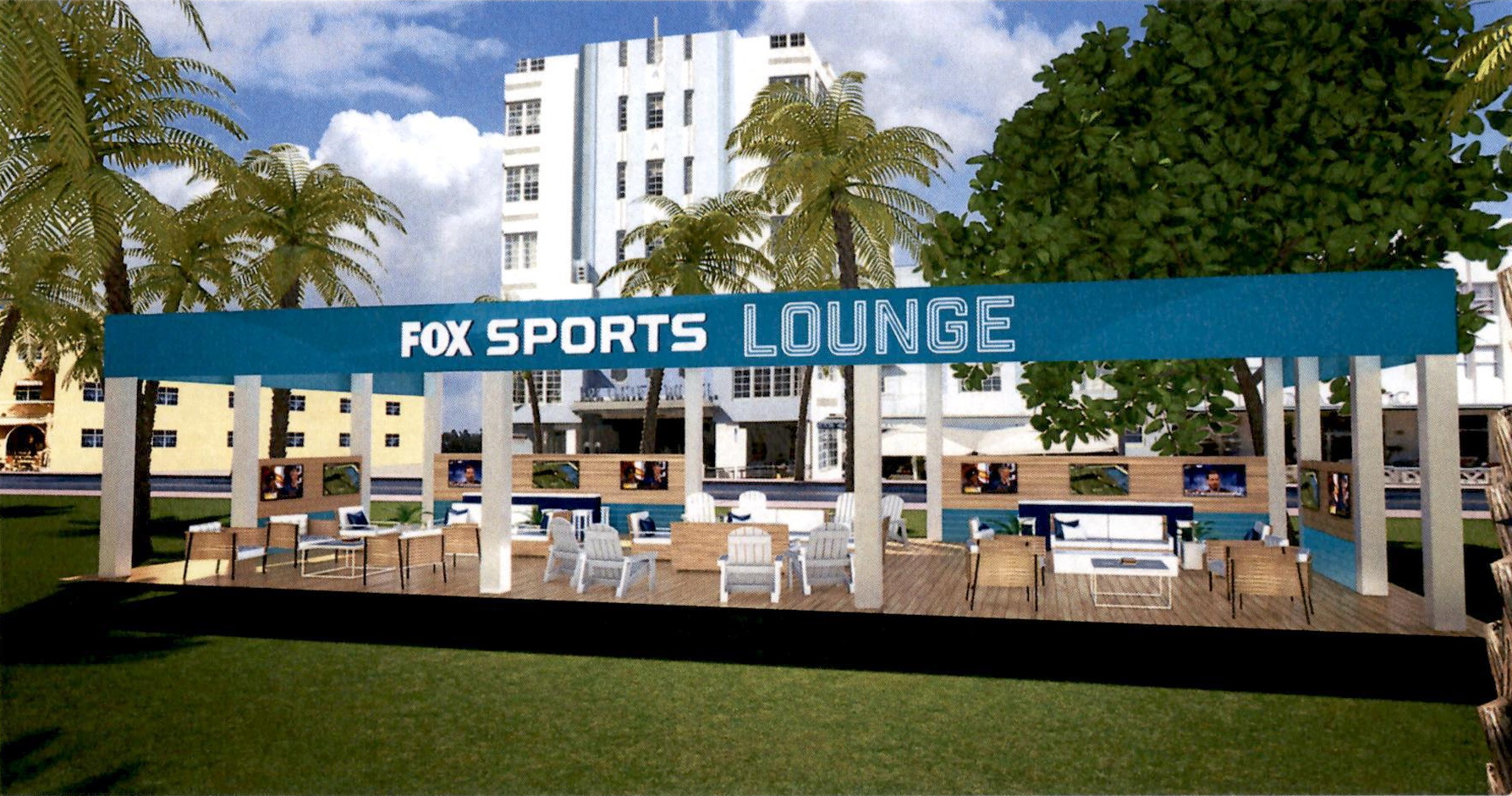 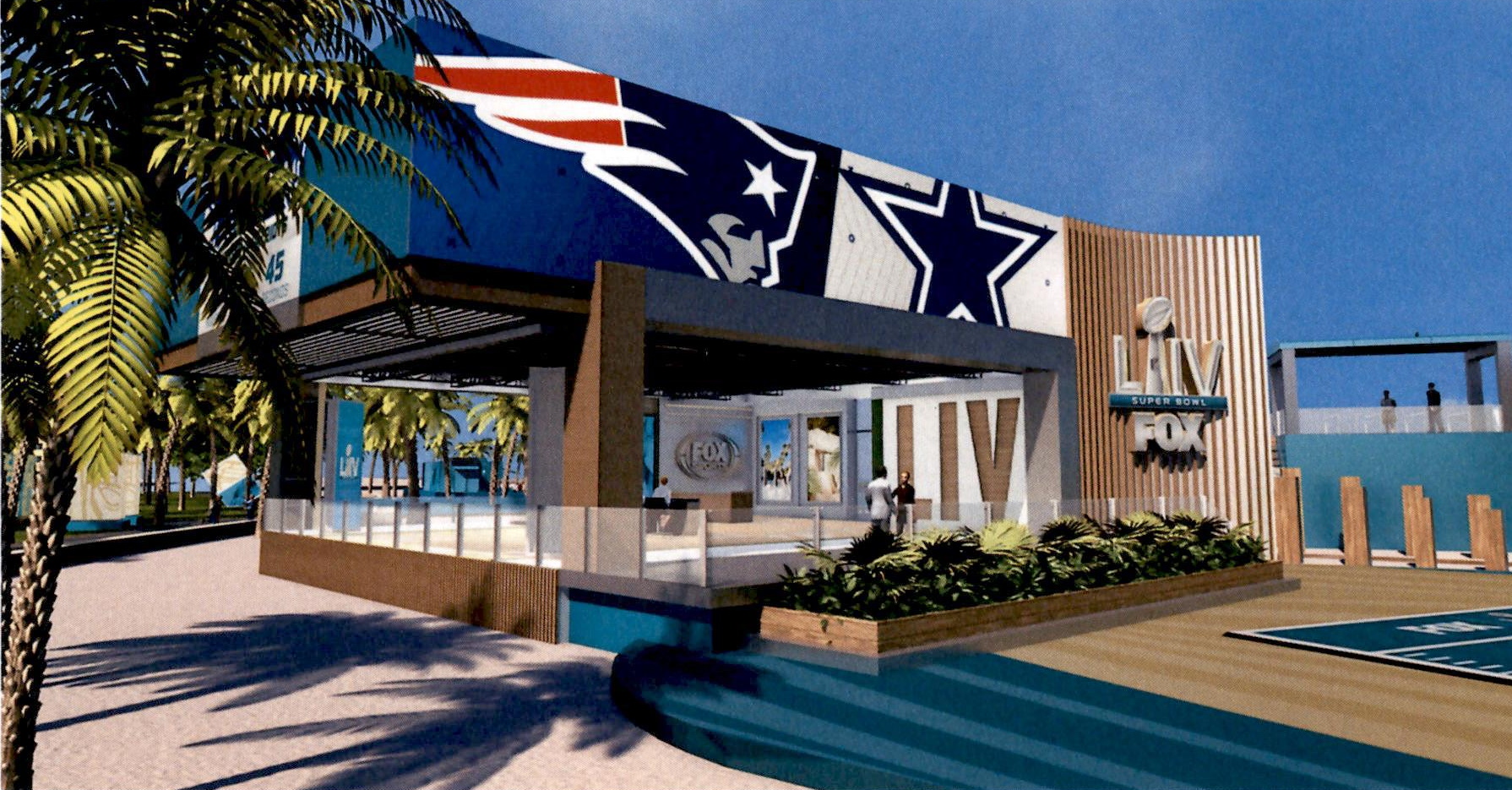 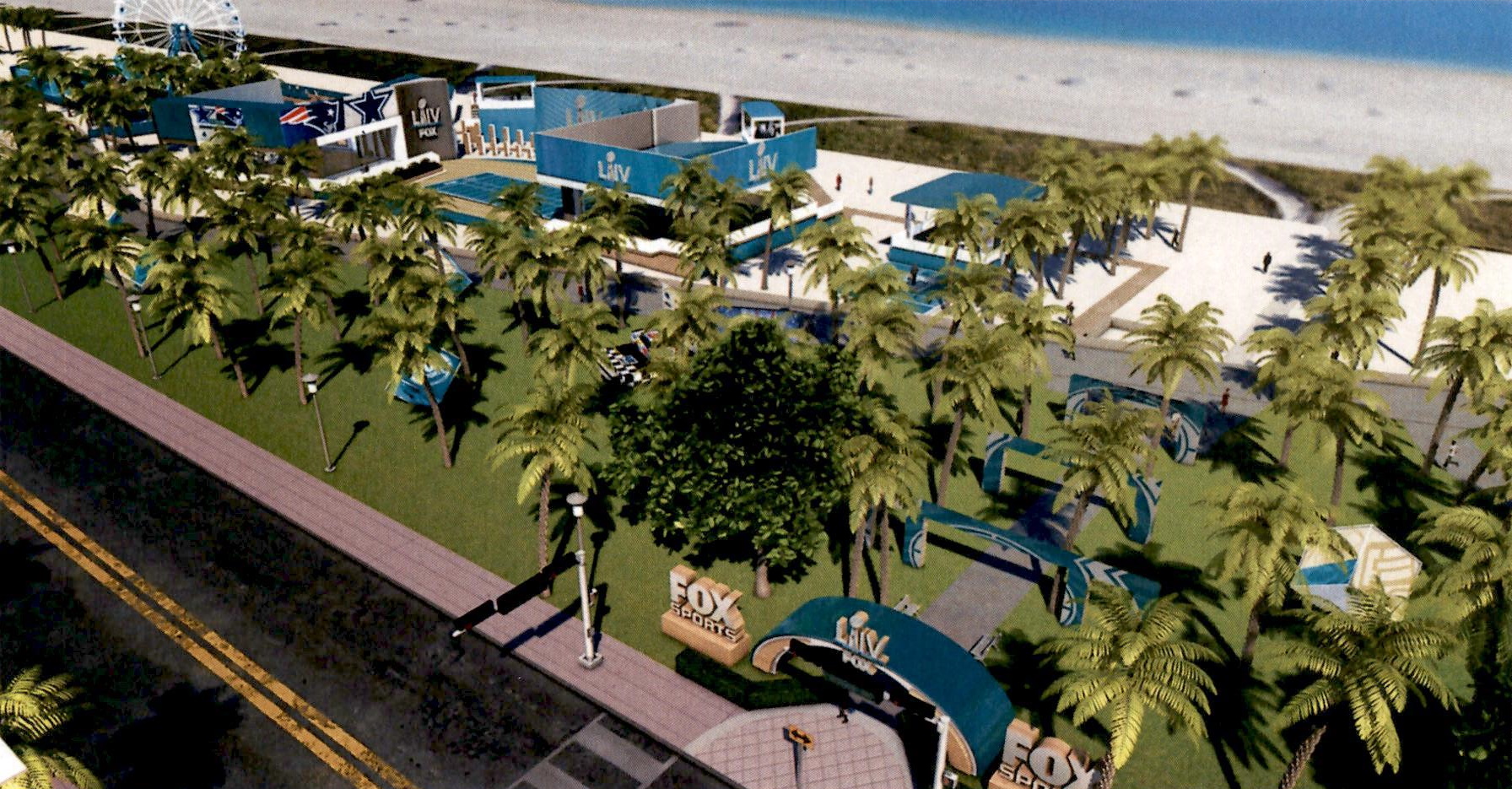 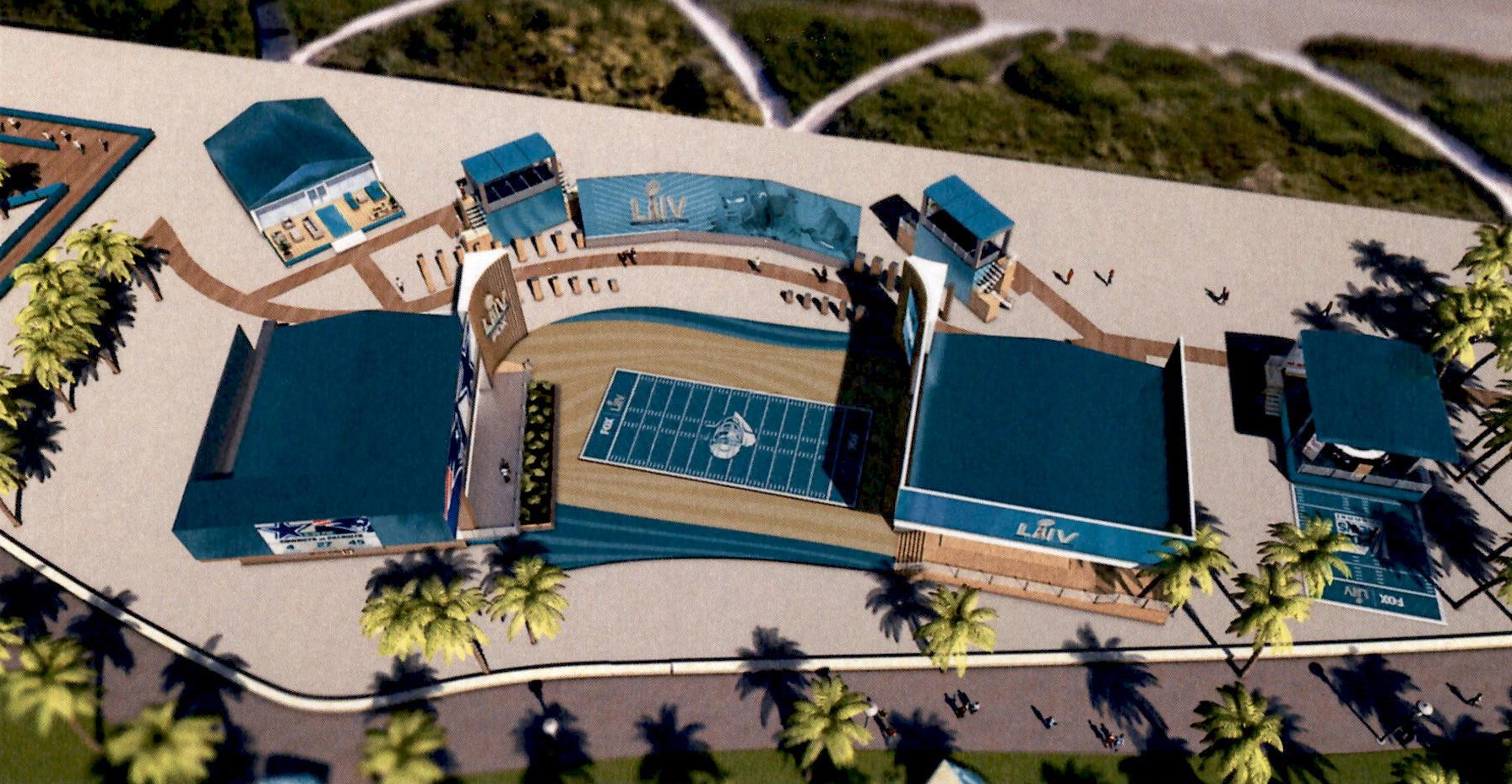 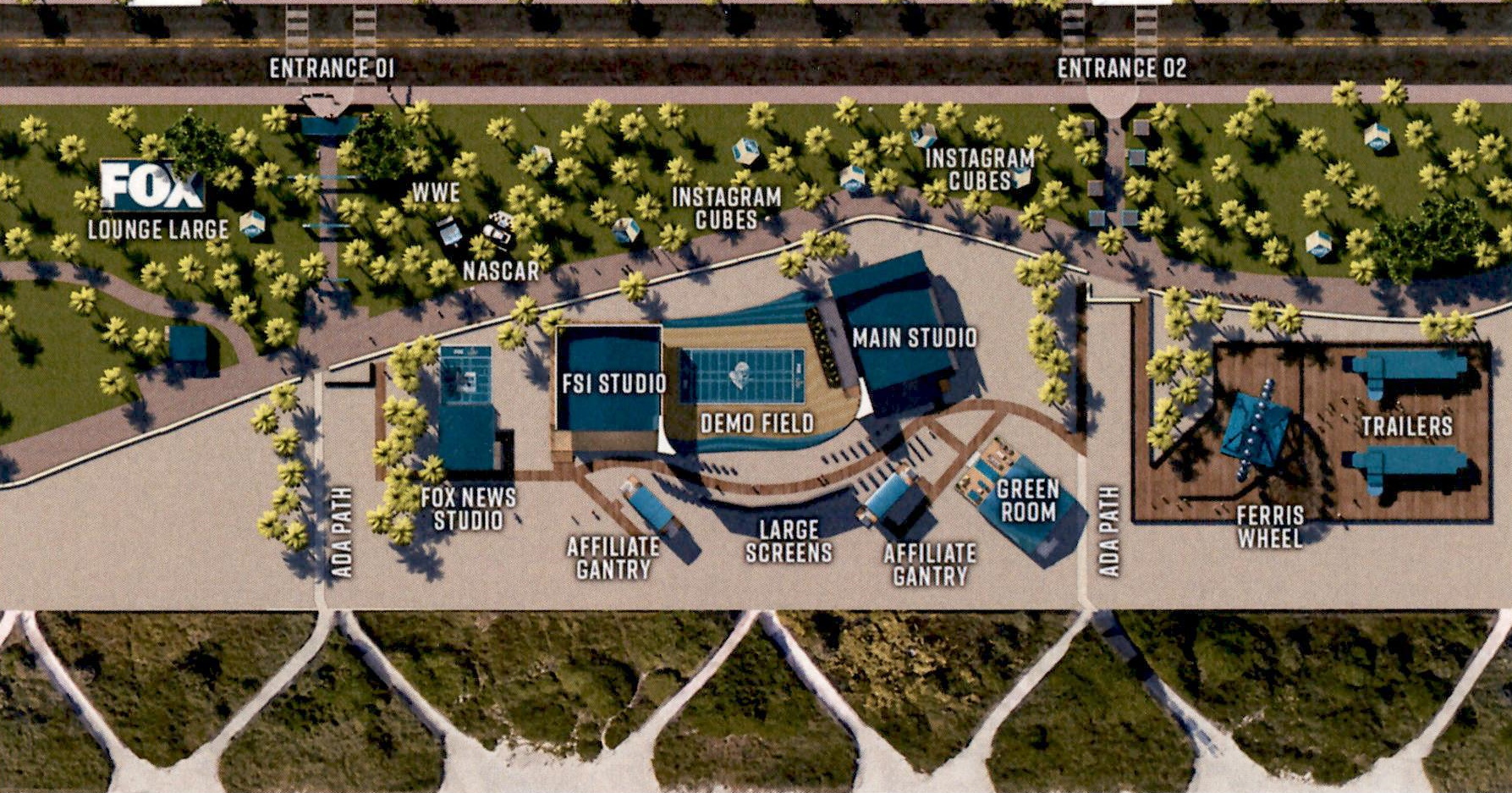