A Notice of Commencement was filed by Miami-Dade County yesterday to paint a logo on the roof at FTX Arena.

According to a submittal filed with the county in September, the painted logo is meant to be an interim solution.

FTX wants illuminated signage as a permanent solution. However, it will require amendments to code, a letter states. The amendments are still being discussed.

One part of the roof that is remaining is the airplane cutout, which was built when American Airlnes was the arena’s sponsor. The newly approved plans show that it will remain under the new FTX logo.

According to city records, a permit for roof work at the arena was approved last week. Total cost of the work is estimated at $140,000.

Miami-Dade County took over management of naming rights at the arena, and signed a deal this year with crypto company FTX estimated to be worth just $7 million per year over 19 years.

Just a few months later, the company that manages the Los Angeles arena that is home to the Lakers signed a naming deal with Crypto.com that is reportedly worth $35 million per year. 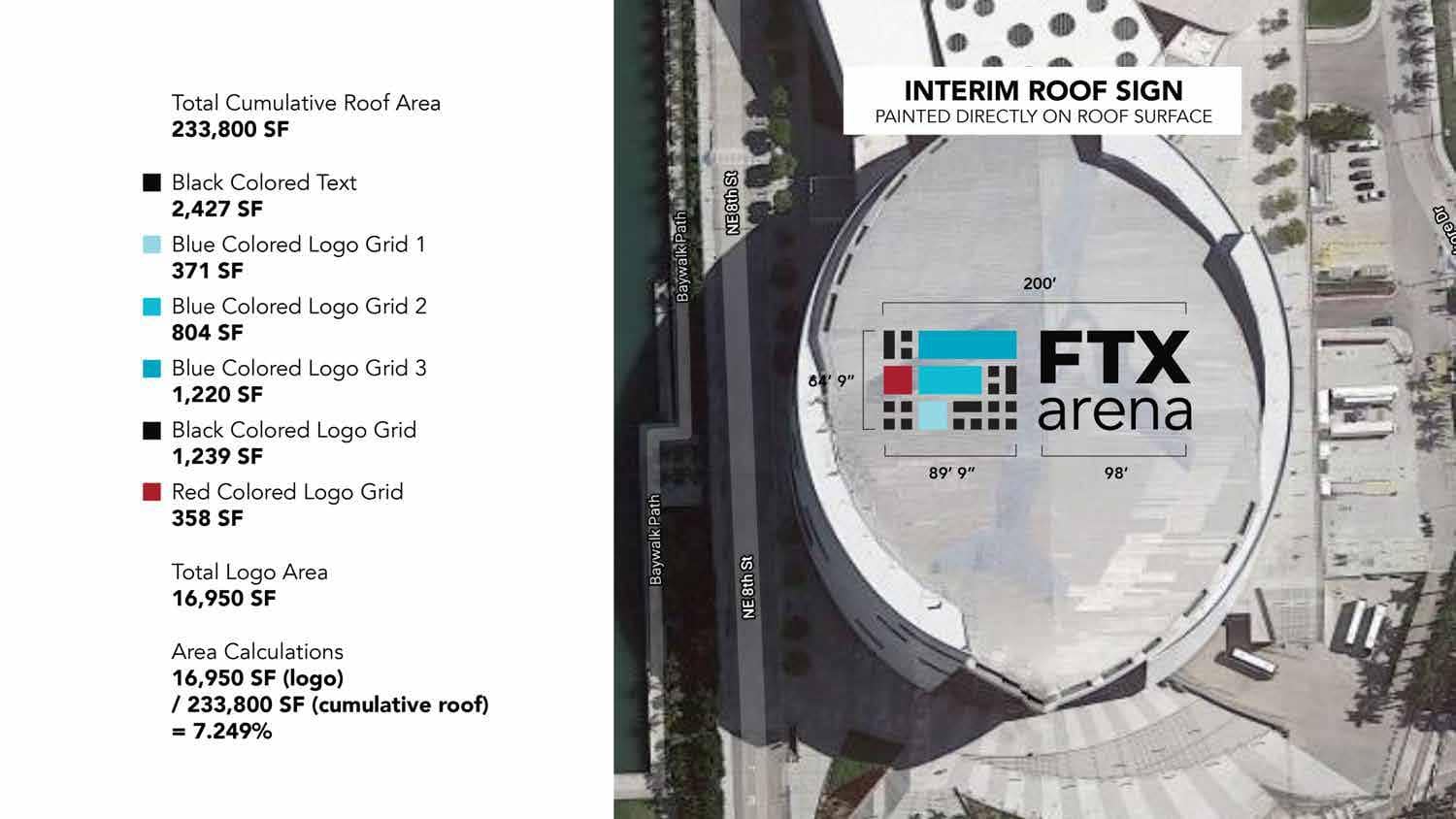