The project will include a casino, along with over 2,000 hotel rooms, 1,500 residences, a theme park, and conference space. Originally announced as a $2.8 billion project, it is now being billed as costing $1.8 billion.

The governor of Korea’s Jeju province had threatened to cancel the project after learning of Genting’s intention to include a casino, which hadn’t been originally included in the plans. Eventually, Genting managed to have the casino approved, but it will be targeted mainly to Chinese, since Koreans will not be permitted to enter.

In the U.S., Genting Malaysia Berhad’s plans to break ground on the $4 billion Resorts World Las Vegas have been delayed since purchasing a property on the Las Vegas strip in 2013 for $350 million. The company hopes to break ground in Spring.

In Miami, the most recent development has been approval for a replatting of 5.7 acres where demolition of the former Miami Herald building is now stretching into month 18. On the Resorts World plat, Genting wrote that the intended use of the property would be residential, lodging, office and commercial use. 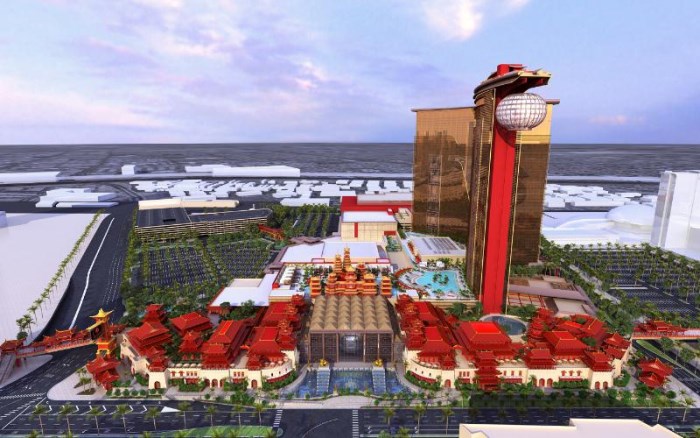