Member of the public will soon be able to watch live Arsht Center performances from a new park being built across the street.

The performances will be broadcast on digital screens being built as part of the massive Casa Forma project planned by developer Crescent Heights, which sits adjacent to both the new park and the Arsht Center.

Crescent Heights said the screens would also broadcast movies, as well as performances from other cultural institutions in the neighborhood.

The developer also released more details on the project, which passed a key milestone last week after a deal was reached with the Miami Dade School Board to use their land for the new development.

In a statement released to The Next Miami, architect Rafael Viñoly said his design for the 55-story, 649-foot tower was inspired by sailing.

“The tower is envisioned as a free form in contrast to the chiseled volume of the neighboring Arsht Center, recalling two unfurled sails of a ship,” Viñoly said.

Viñoly said the tower will have a “serpentine, hairpin” design.

Special care is being put into the design at street level as well, the statement said.

There will be an internal street built to mitigate queuing and alleviate traffic.

The ground level of the development will be “generously set back from the streetscape.” The streetscape itself will be extensively landscaped, the statement added.

In addition to the digital screens, the podium will have its eight levels of parking screened with a polished, perforated articulated system.

The podium will also have multiple levels of offices, which will be shielded from the sun with a brise-soleil system featuring horizontal shading fins. 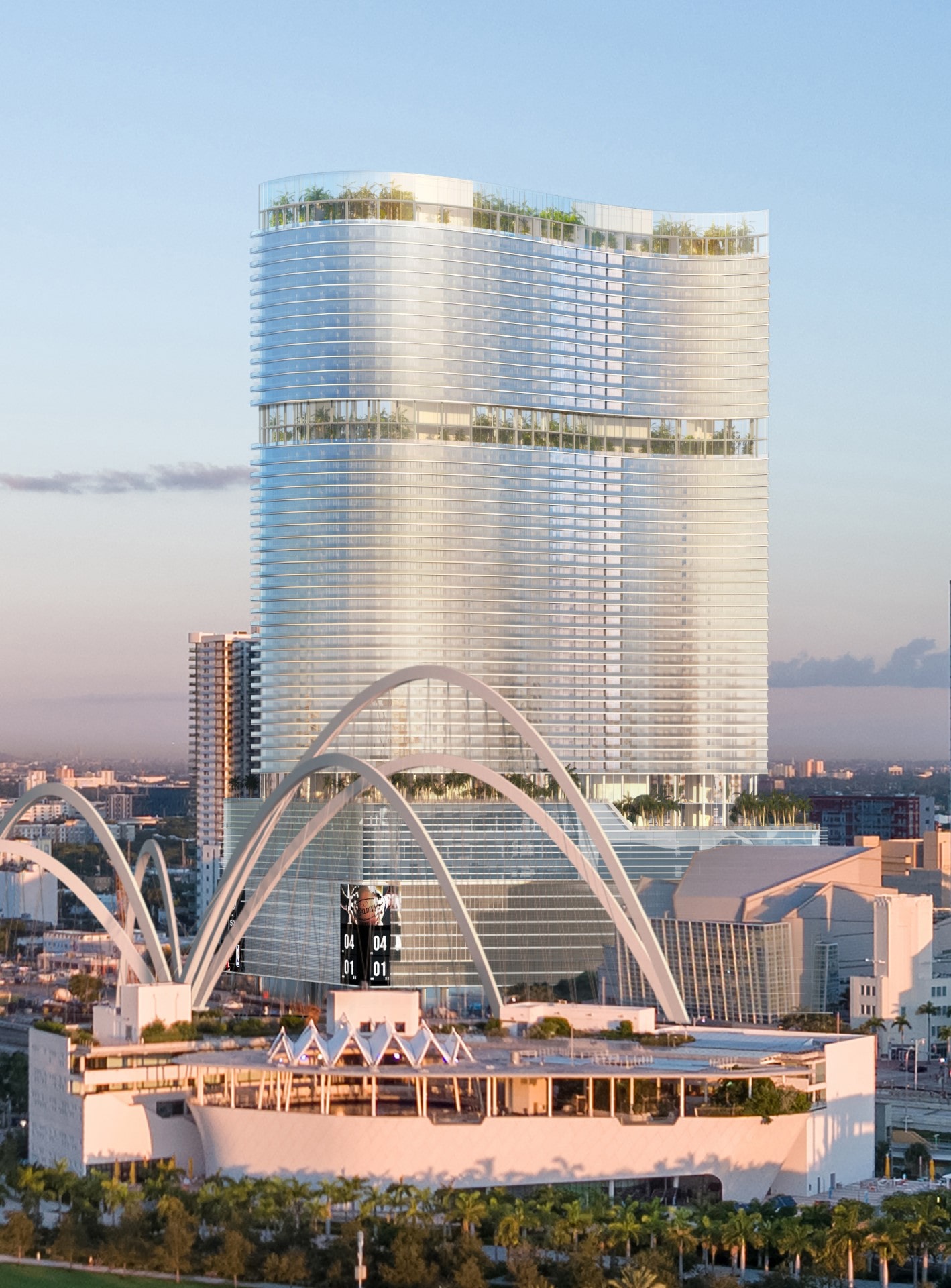 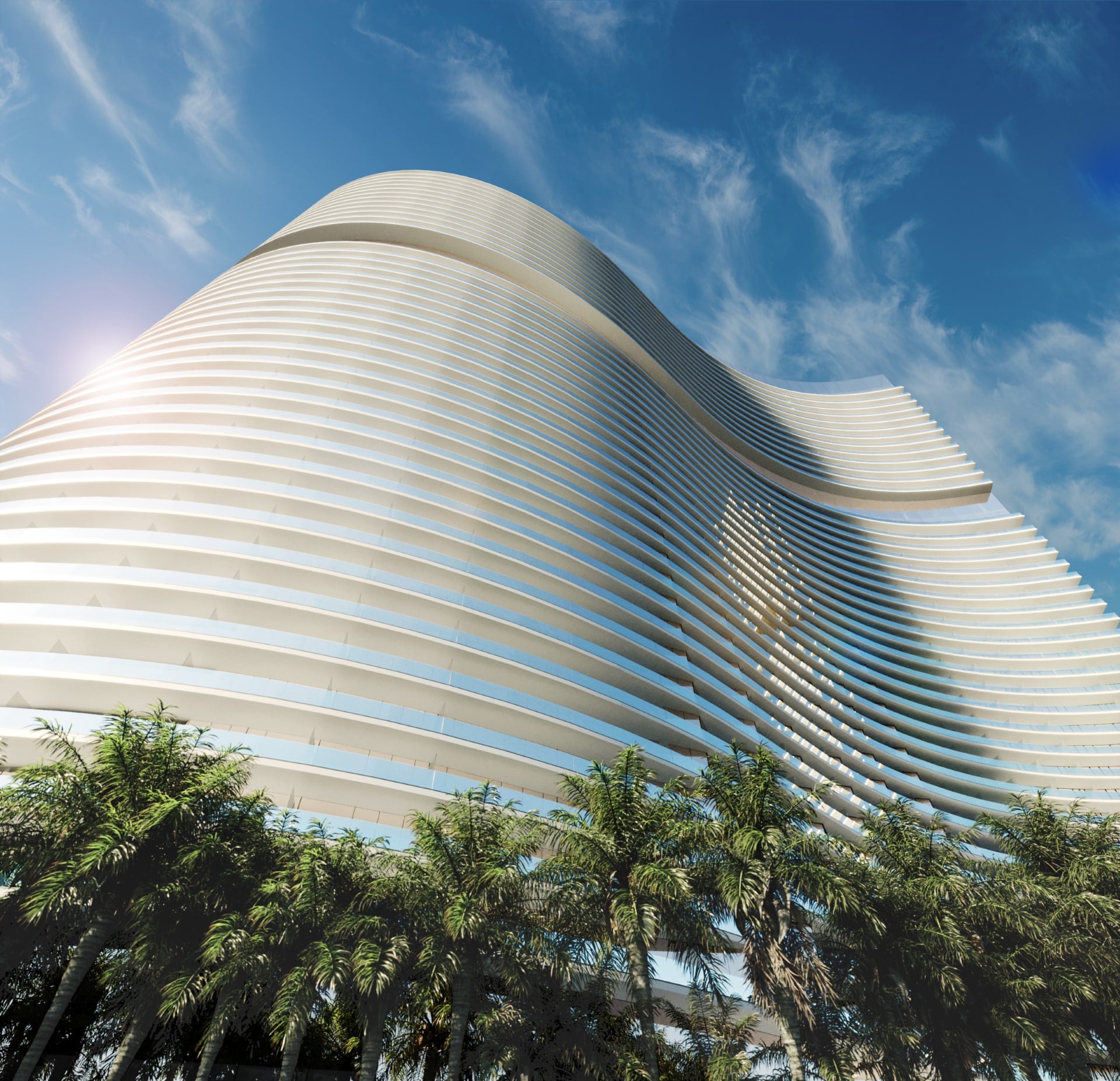