Governor Signs Law That Disbands MDX, Restricts Use Of Half Cent Surtax

Tolls on the major highways in the Miami area will remain, and will be overseen by a new agency called the Greater Miami Expressway Agency (GMX) with more control from Tallahassee.

Tolls will not be able to be raised for a decade unless under special circumstances, and even after that any increase will require a 2/3 vote from the GMX board. A toll rebate program of 25 percent for Sunpass users will also be created, and tolling points will need to be positioned at least five miles apart.

A 15-mile extension of the 836 expressway into Kendall may be killed as a result of the toll restrictions, an analysis showed, although the author of the bill was in favor of the new highway, the Herald wrote.

New restrictions will be placed on the use of the half-percent sales surtax, with the goal of using more of those funds for mass transit construction than currently. Little new mass transit has been built since the surtax was enacted as funds were diverted maintenance and roads.

The surtax restrictions aren’t as severe as initially proposed though, and some of those funds could still go to local municipalities for road construction and for operation and maintenance of existing transit.

MDX is requesting a court injunction to prevent the new law from going into effect. 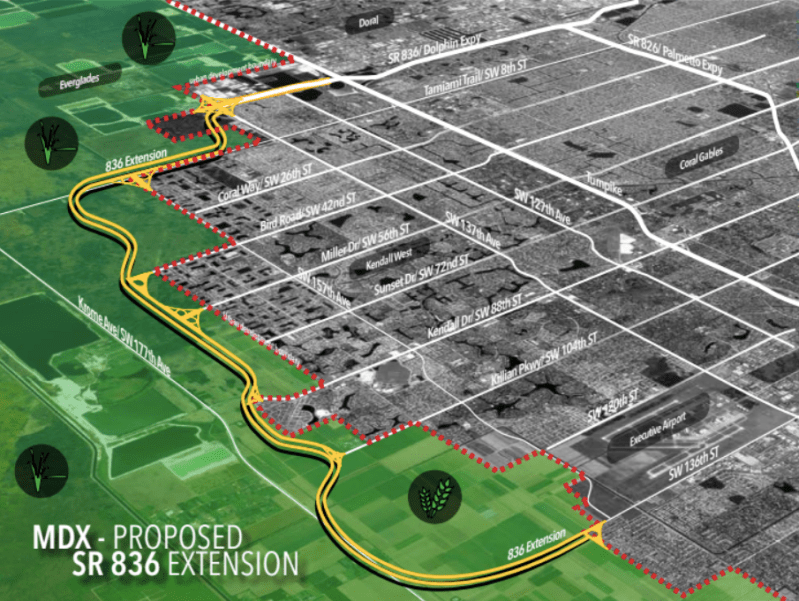