Groundbreaking Held By MSC For PortMiami’s Biggest Ever Cruise Terminal

A groundbreaking is taking place today at PortMiami for MSC Cruise’s new terminal.

The company also released a revised rendering of the facility, which they promise will become a landmark “mega cruise-terminal.”

It will be the largest cruise terminal in North America, MSC said.

The four-story building will have four embarkation decks, with capacity for up to 36,000 passengers per day. Up to three of the latest generation ships, including MSC’s largest, can be docked simultaneously.

Shore Power is also being built, allowing ships to connect to the electrical grid to reduce pollution.

The terminal is expected to cost $350 million, down from the $410 million previously expected.

Completion is scheduled for the end of 2023. 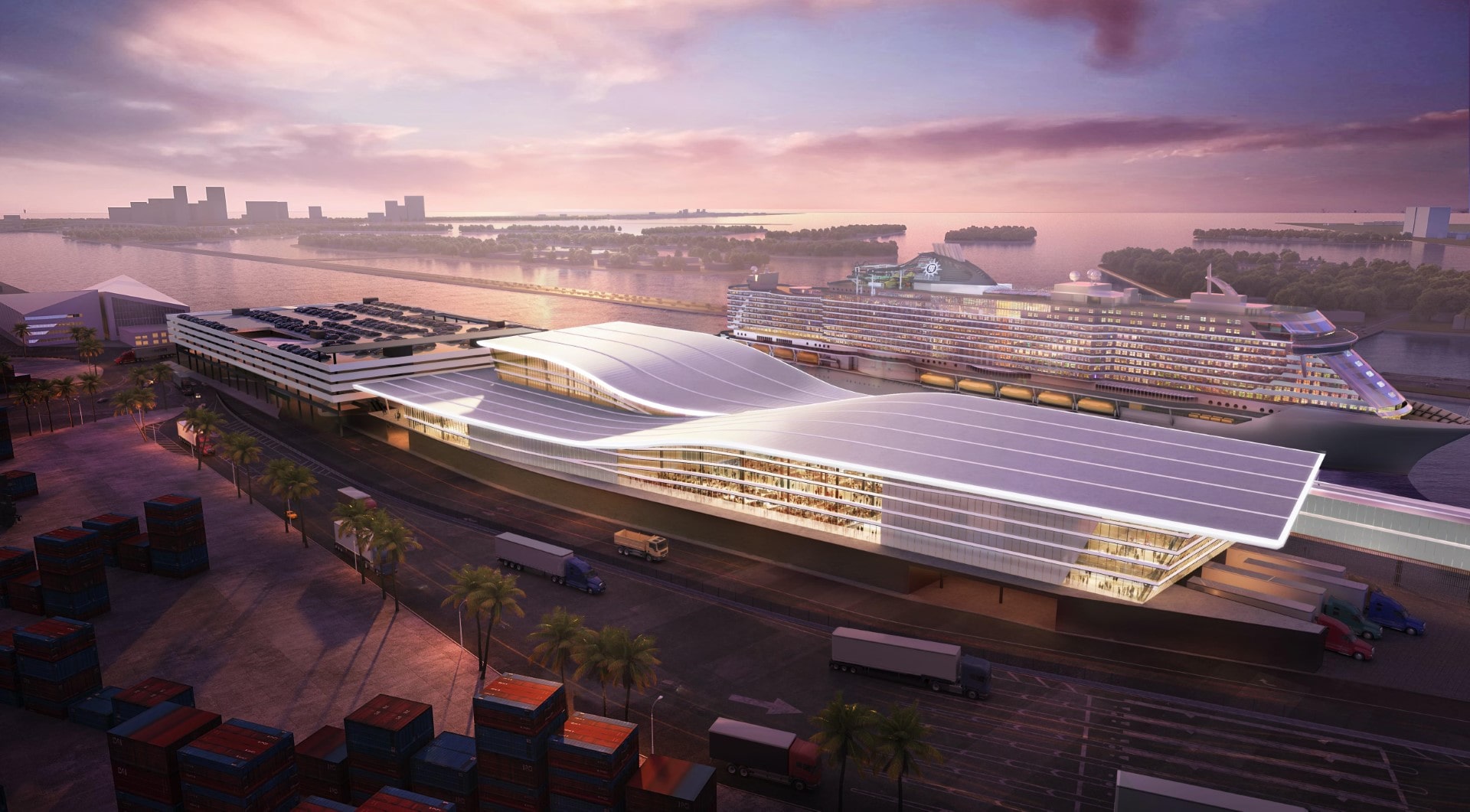 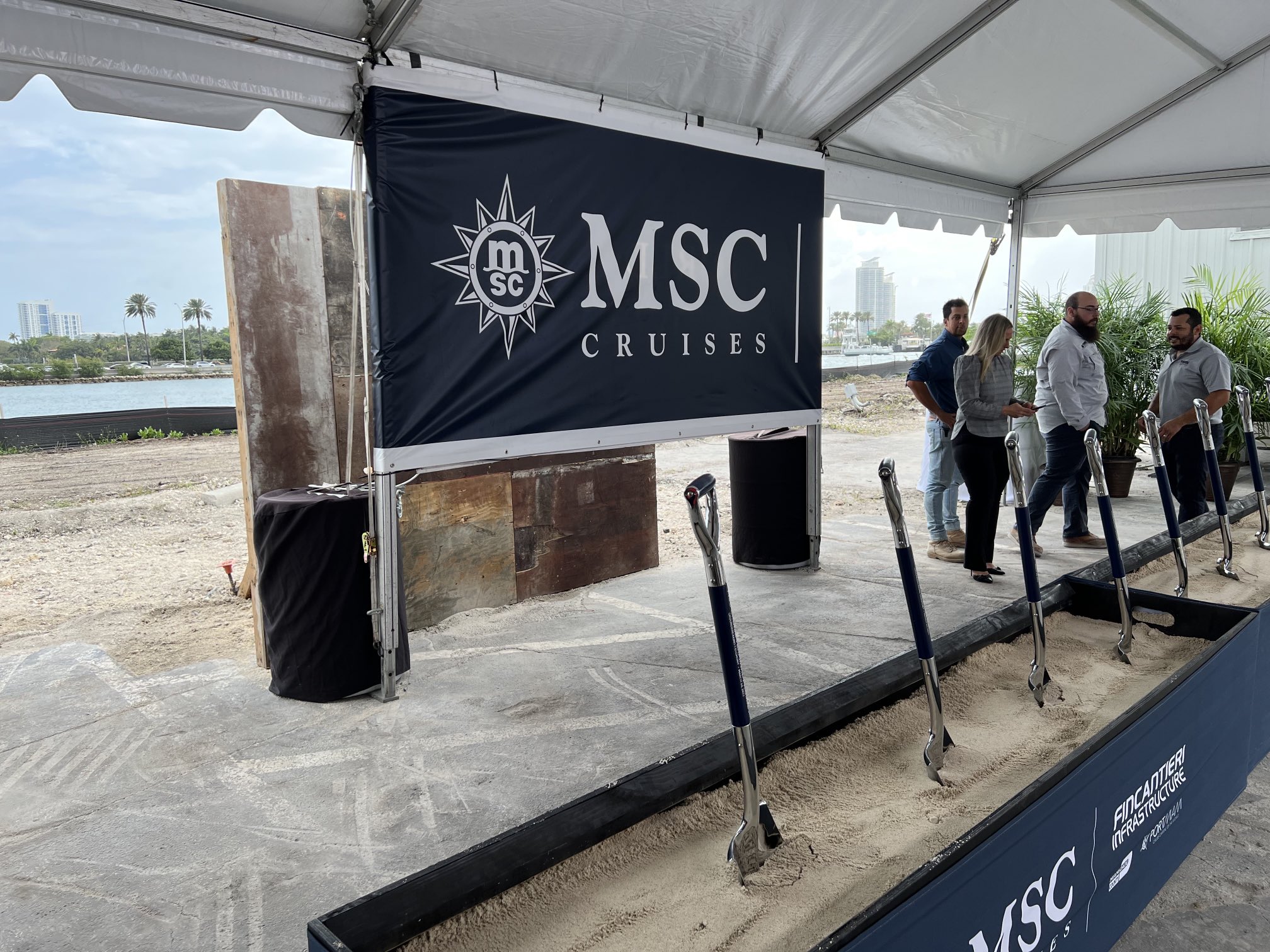 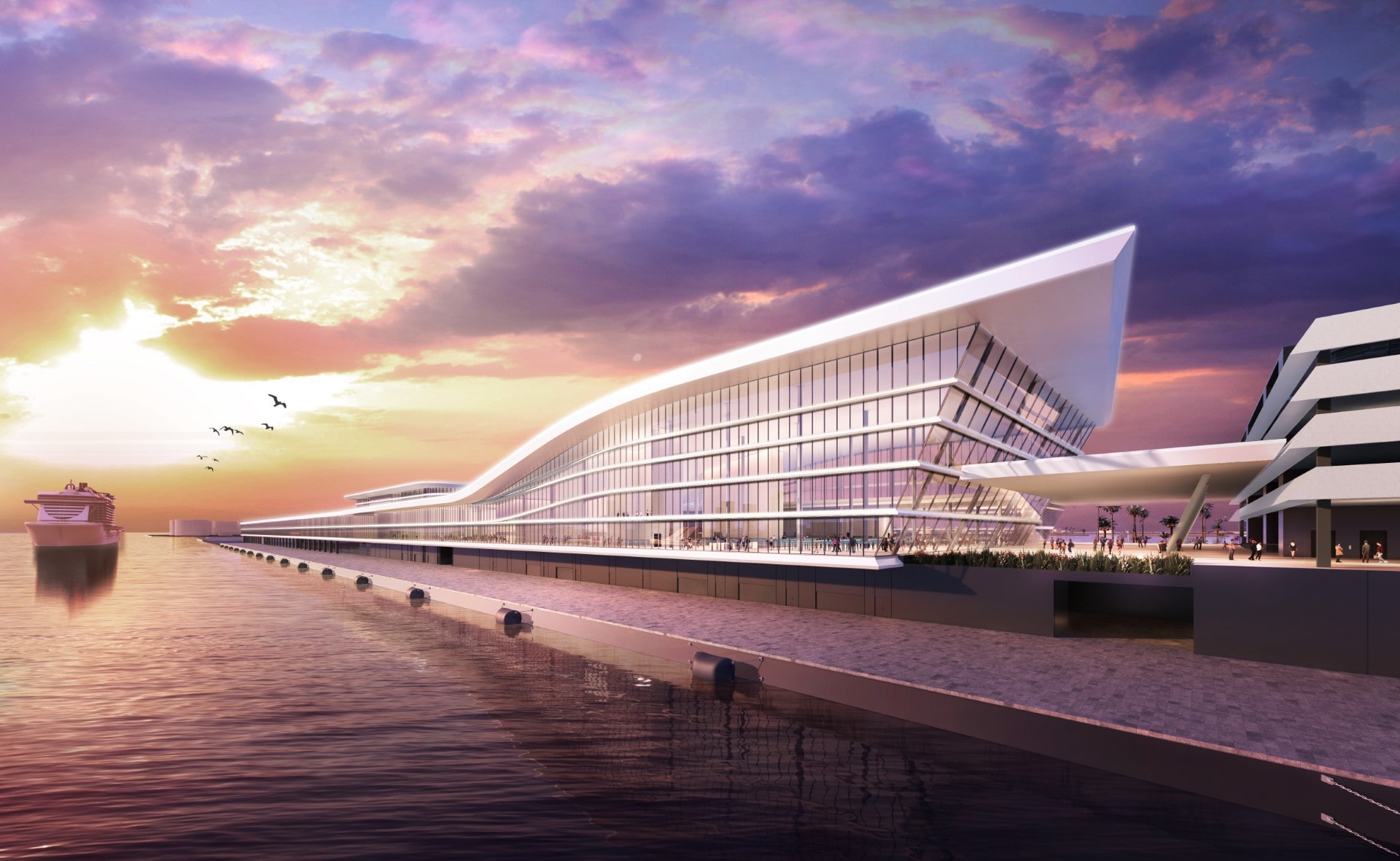 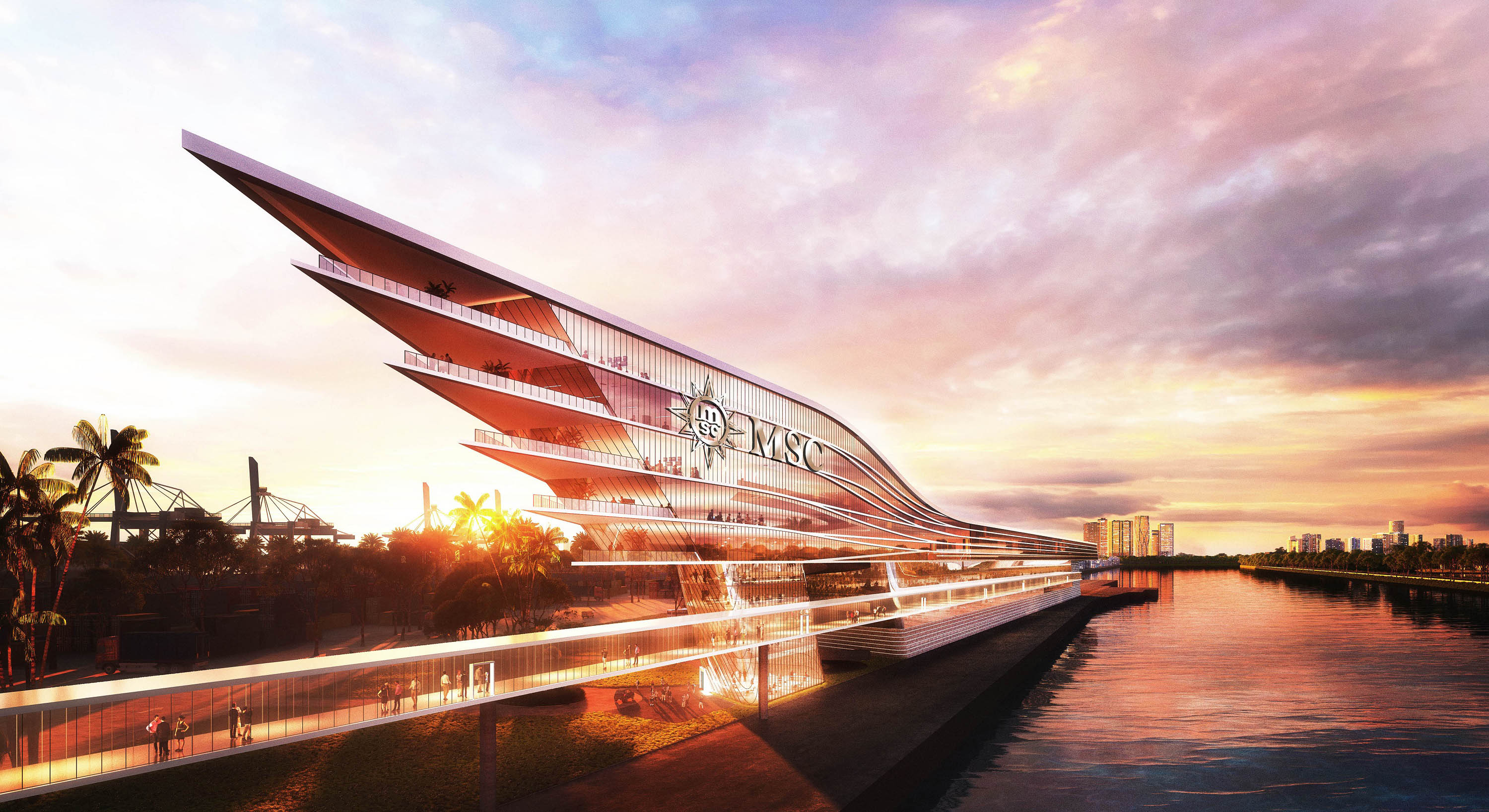 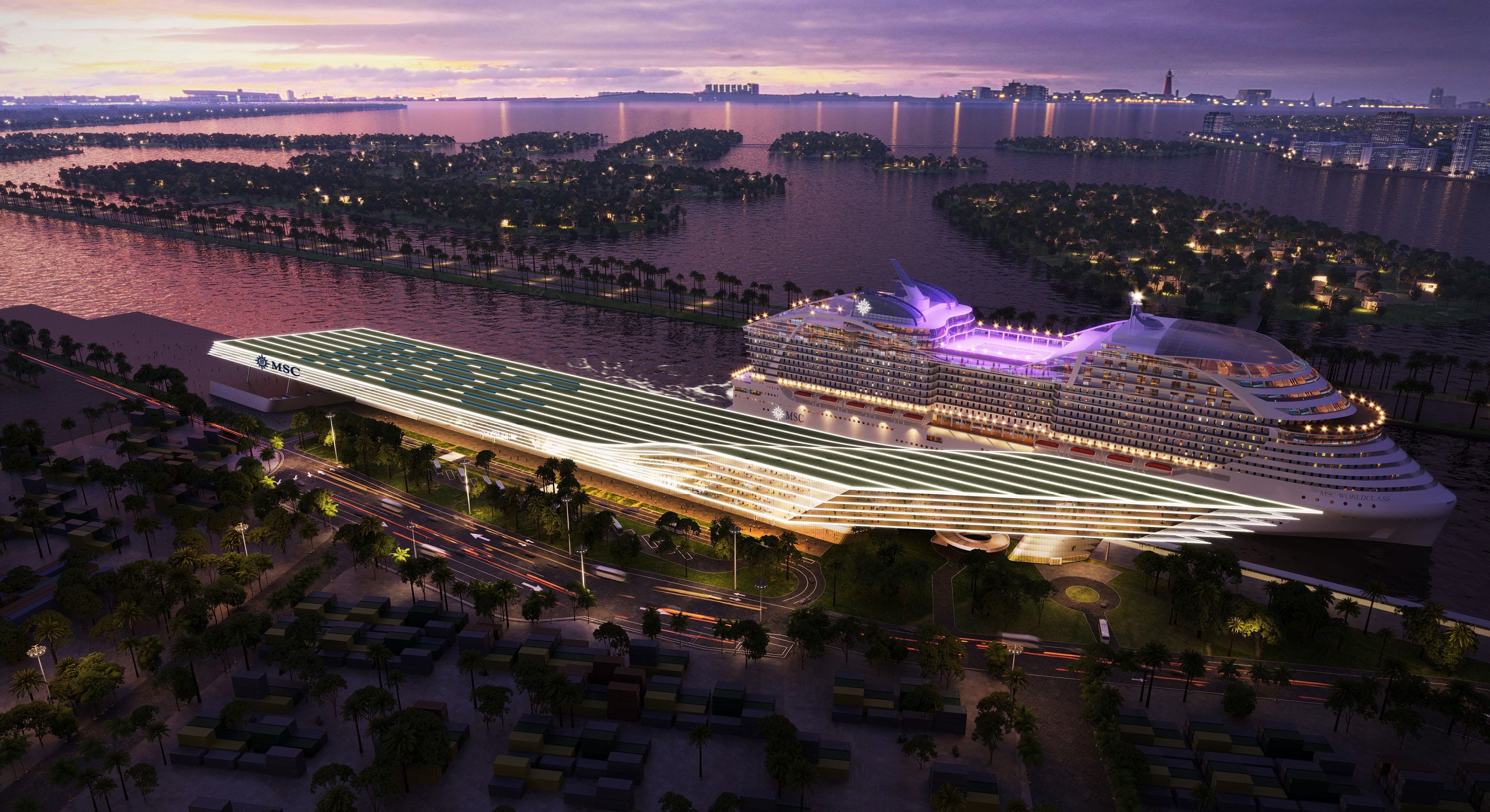 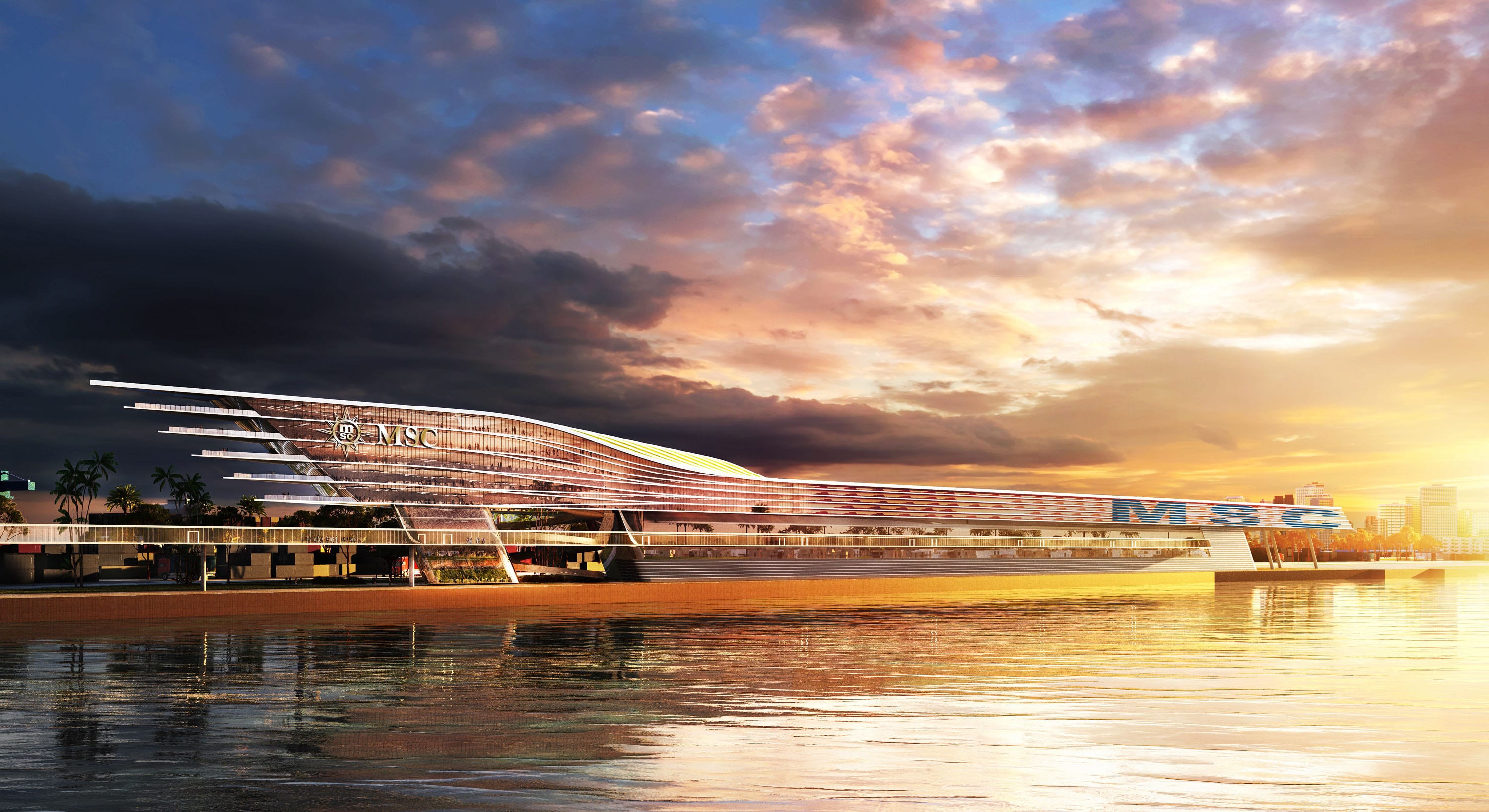