FDOT and Broward have narrowed down the list of potential station locations for a new commuter rail service planned on the Brightline tracks, according to a presentation set to be released later this month.

A total of nine potential station locations were evaluated before FDOT and Broward narrowed the list.

The proposal moved to the Project Design & Engineering phase in January 2021, after being in the planning phase for almost a decade.

As part of the PD&E phase, a series of public meeting will be held, with the first planned on August 30.

The PD&E phase is expected to be complete in the fourth quarter of 2022, when the station locations will be finalized.

Financing is expected to come from the federal government, state and the county.

The commuter rail line is expected to begin at MiamiCentral with stops along the way including Wynwood and Aventura. Miami-Dade is studying and financing their stations separately. 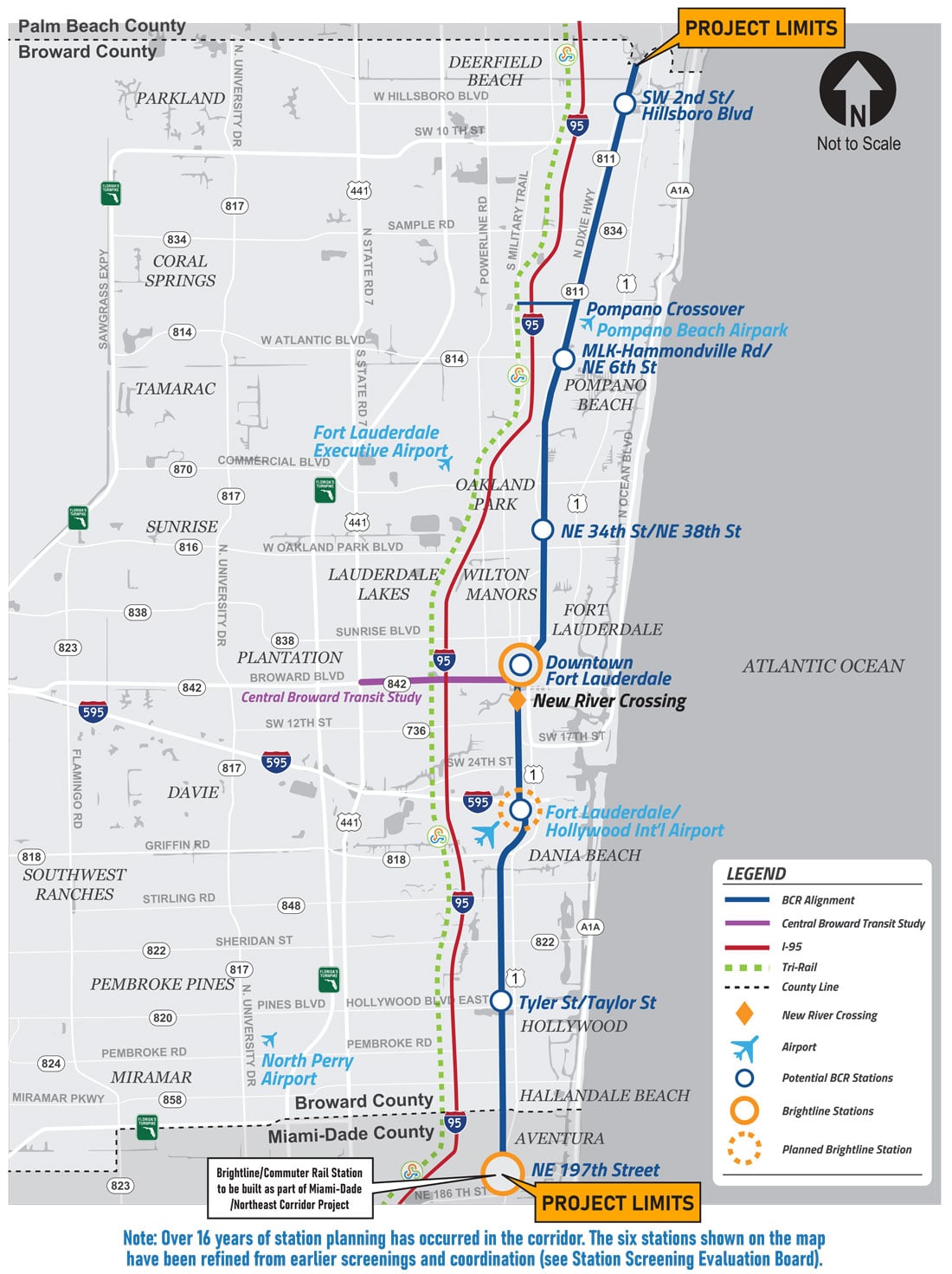