A photograph of Brickell and downtown Miami shows how the skyline had been transformed in 1987 with several newly completed high rises.

Today, the same skyline view would be nearly unrecognizable thanks to dozens of towers completed in the ensuing three decades.

The 1987 image was uploaded to Reddit by user Electricspiderman, who said he found it hanging in his office

Brickell Key had just a handful of buildings then, including one residential tower completed in 1982 and another in 1986. The 701 Brickell office tower, also completed in 1986, can be seen in the background. 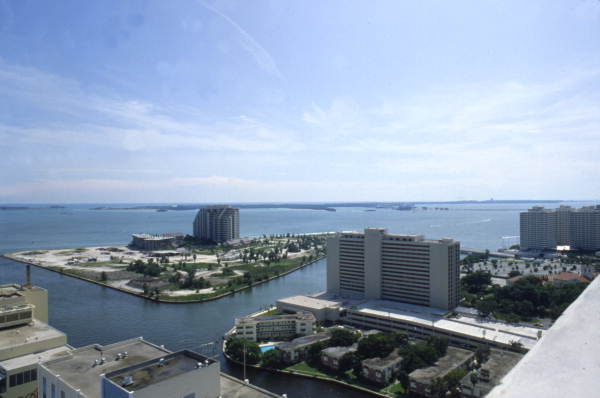