Construction continues on thousands of residences in the area around Midtown Miami – but a major 3.5 acre centerpiece lot continues to remain vacant.

Known as the Entertainment Block, it last sold in 2011 to Midtown Opportunites.

Signs are posted in front advising residents to be aware that it is private property and a future development site. There is no fence though, and pet owners in the densely populated area regularly use the grassy field.

In 2004, the Midtown Miami CDD issued $78m worth of bonds. Of the funds, $3.6M was supposed to be allocated to build a 1-acre public space at the Entertainment Block, including a $2m public fountain, along with landscaping and hardscaping, the prospectus stated.

According to the website of architect Zyscovich, who created the original master plan for Midtown, the 1-acre public plaza was supposed to be surrounded by two office/showroom buildings with ground floor retail, dining, and shopping. Also planned for the block was a condo-hotel, a community theater offering cultural activities and even a Lucky Strike Bowling. A “continuous pedestrian experience” was to be created by the project.

In 2009, a temporary installation called “Midtown Gardens” was planted at the site, but later scrapped.

In 2011 the owner of the property said he was planning to build 220,000 square feet of retail, a 200-room hotel, and a high-end 12-screen movie theater offering meals and alcoholic beverages. He sold the property later that year to Midtown Opportunities. 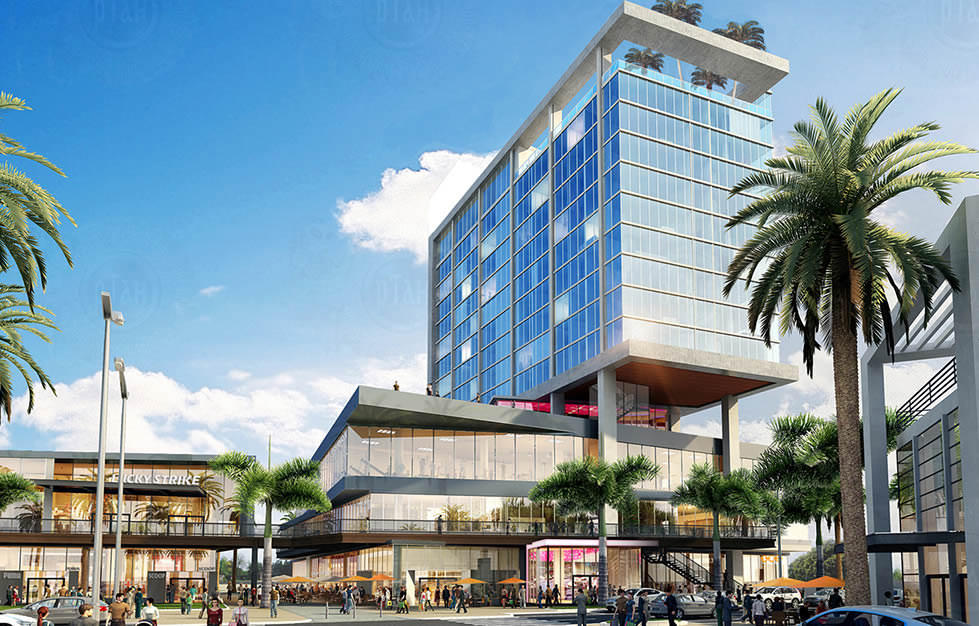 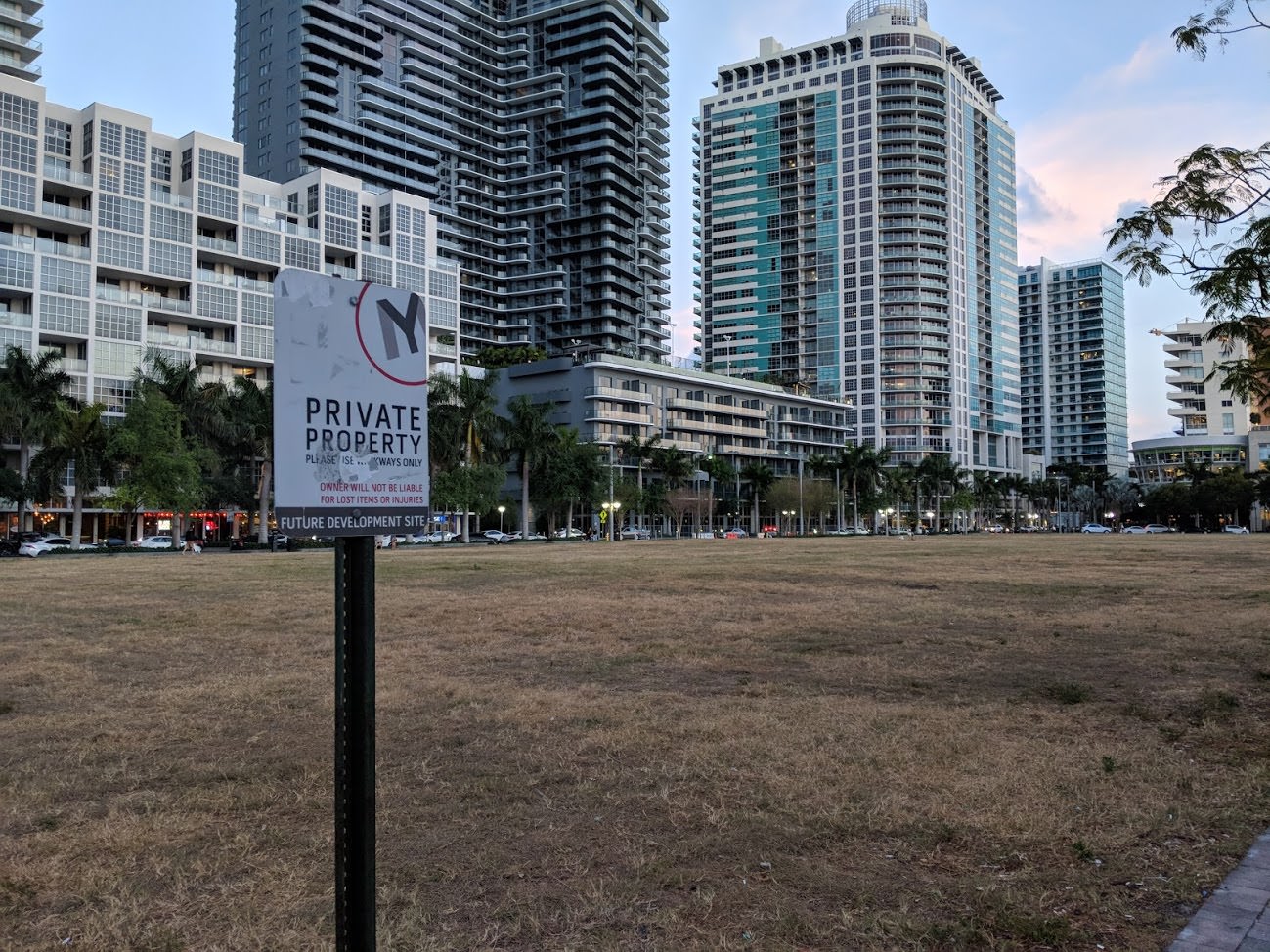