Apartment rents in Miami have been going parabolic over the past few months, according to Zillow’s rent estimate charts.

One Brickell City Centre apartment that would have rented at what Zillow estimated was around $2,100 at the beginning of 2021 is now listed at $4,500.

A shortage of supply appears to be driving the surge.

The Reach and Rise towers at Brickell City Centre are a prime example of the supply and price shock.

Just 20 units in the 780-unit condo complex are available for rent, fewer than what has normally been available over the past five years since construction was completed, according to the MLS.

SLS Lux across the street has even fewer vacancies – just 9 rentals are available out of the 450 condo units, with prices also starting at $4,000.

A similar supply and price shock can be seen in other nearby buildings, both in Brickell and further north in downtown Miami. 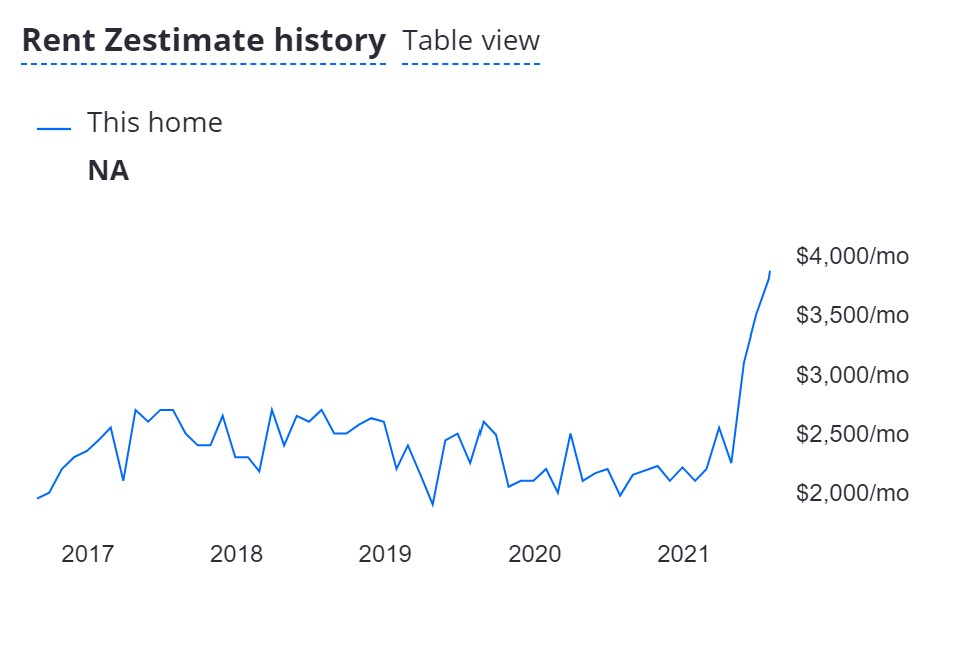