Norwegian Cruise Line has announced a contest to design a mural at its massive new cruise terminal under construction at PortMiami.

The Nader Museum is collaborating on the contest.

The winner will have their artwork displayed on a 126-feet tall by 62-feet wide wall facing the MacArthur Causeway. They must be able to paint it on the space starting in May 2020 and finish work by June 4, with an unveiling scheduled for June 13.

It will only be in place for a year, but will be seen by millions during that time. Norwegian will have 1.2 million passengers per year at its terminal alone, plus millions of others will pass by on other cruise ships and in cars on the causeway.

To apply, you must be a resident of Monroe County, Broward County or Miami-Dade County, a professional plastic artist and 21 years of age or older.

The official rules can be found here (PDF).

Norwegian is spending $215 million on the new cruise terminal, called the Pearl of Miami. 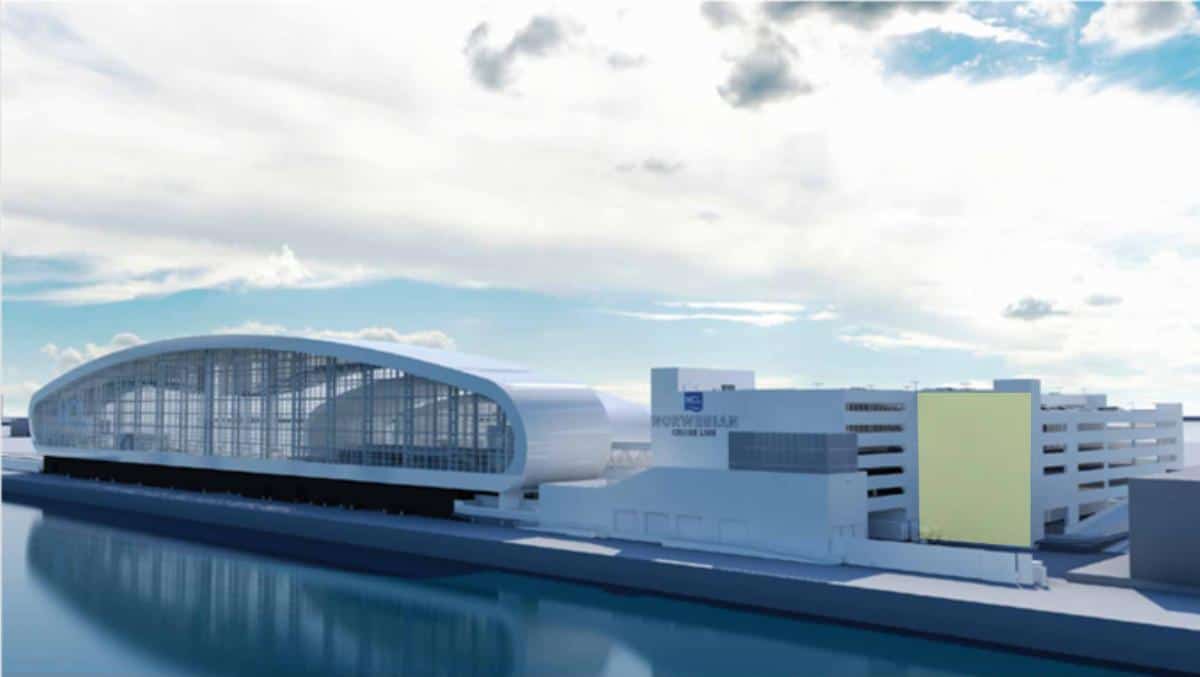