A historic church at 1836 Biscayne Boulevard church has been sold to Fifteen Group for $14.25m.

The First Church of Christ, Scientist, had been sold in 2013 to an Eb-5 developer for $6.25 million. Plans for a glassy Arquitectonica-design restaurant that preserved the church were prepared by the previous owner but will likely be scrapped.

Fifteen Group has been an active land flipper in Miami. The company recently sold the Biscayne Beach site, as well as the former Electra site in Midtown. Fifteen recently bought the downtown FedEx property and is a partner in the Midtown 29 project.

From The National Register of Historic Places:

The First Church of Christ Scientist is a large two-story masonry
building executed in the Neo-Classical style of architecture.
The church building was completed in 1925 according to plans
provided by August C. Geiger. The First Church of Christ
Scientist is a rectangular-plan building whose structural system
is comprised of terra cotta tile and poured concrete. The
exterior walls are clad in Indiana limestone, with the foundation
and entrance steps constructed of Mt. Airy granite.
The exterior of the church is characterized by a classically-
inspired facade running parallel to Biscayne Boulevard. The
principal elevation is comprised of six colossal Ionic columns
dividing a recessed portico into seven bays. There are granite
steps leading up to the recessed portico from the sidewalk level.
On either side of the principal elevation are end bays without
any type of openings. A large entablature unifies the end bays
to the central portico. Atop the entablature spanning the
portico is a flat masonry parapet that serves to conceal the flat
roofline behind it.
The side elevations of the church are characterized by tall
multi—pane windows that serve to emphasize the height of the
main auditorium. Shorter windows below are indicative of a
raised basement under the auditorium. The fenestration of the
building is original with the window sash set into metal frames.
A granite water table wraps around the entire building.
The rear of the church building is characterized by a
semicircular extension that follows the external composition of
the side elevations. There are seven uniformly spaced bays that
comprise the rear elevation.
The main auditorium is entered through five double doors set
within the recessed portico. The doors lead to a large vestibule
which provides access to the auditorium by way of seven door

openings. The auditorium is ramped down to the platform altar
which is delineated by the casing of the organ pipes above it.
There are seven windows on either side of the auditorium
containing simple glass panes set within metal frames. A low –
wall comprised of stylized triglyphs separates the auditorium
from the altar.
The interior walls of the auditorium are embellished with
stylized classical motifs. The major portion of the auditorium
ceiling is embellished with a shallow dome. Ceiling coffers are
found between the dome and the exterior walls. A simple
entablature serves as a cornice that wraps around the perimeter
of the auditorium. There are folding seats set within the pews,
and the seating capacity in both the auditorium and rear gallery
accommodates 1200 people. The lower story of the church building
contains an auditorium and meeting rooms. In all, the exterior
and interior of the church building remain virtually unaltered
from the day they were completed.

The First Church of Christ Scientist is architecturally
significant because it represents an outstanding example of Neo-
Classical styling in Dade County. The church building also
possesses important associations with its architect, August C.
Geiger, as this commission comprises one of his most important
designs.
The exterior of the First Church of Christ Scientist embodies the
distinctive characteristics of the Neo-Classical style of
architecture, a popular design expression for institutional
buildings erected in Dade County throughout the 1920s and 1930s.
The church building is architecturally noteworthy for such
stylistic features as its symmetrical massing, use of classical
orders, and utilization of limestone and granite to create a
monumental appearance.
The visual composition of the church is also significant because
it exemplifies the work of August C. Geiger in South Florida.
The building’s scale, massing, and stylized decoration make it
one of the most outstanding examples of Geiger’s institutional
designs in Miami.
August C. Geiger was born in 1888 and came to Miami in 1905 from
New Haven, Connecticut. During his career in Miami, he worked
for Carl Fisher on various construction projects in Miami Beach
and was also appointed architect for the Dade County School
Board. He was the tenth registered architect in Florida and one
of the most prominent and active architects in Dade County. His
designs are characterized by the stylized use of the classical
orders and the adaptation of prevailing national styles to the
local climate.
The First Church of Christ Scientist is still using the building
for its original purpose. Its physical appearance has been
meticulously conserved from the time of its construction.
The First Church of Christ Scientist was organized in Miami in

1916. After meeting at various places throughout downtown, a
temporary structure was erected at the corner of N. E. 4th
Street and 2nd Avenue. Due to a rapid increase in attendance, a
larger edifice was voted upon by members of the congregation in
1923. The present site was purchased by the church and ground
was broken on 2 May 1924. Although the church auditorium has
been used since 1925, the congregation chose not to formally
dedicate the church until all debts were paid. The formal
dedication took place on 7 March 1937. 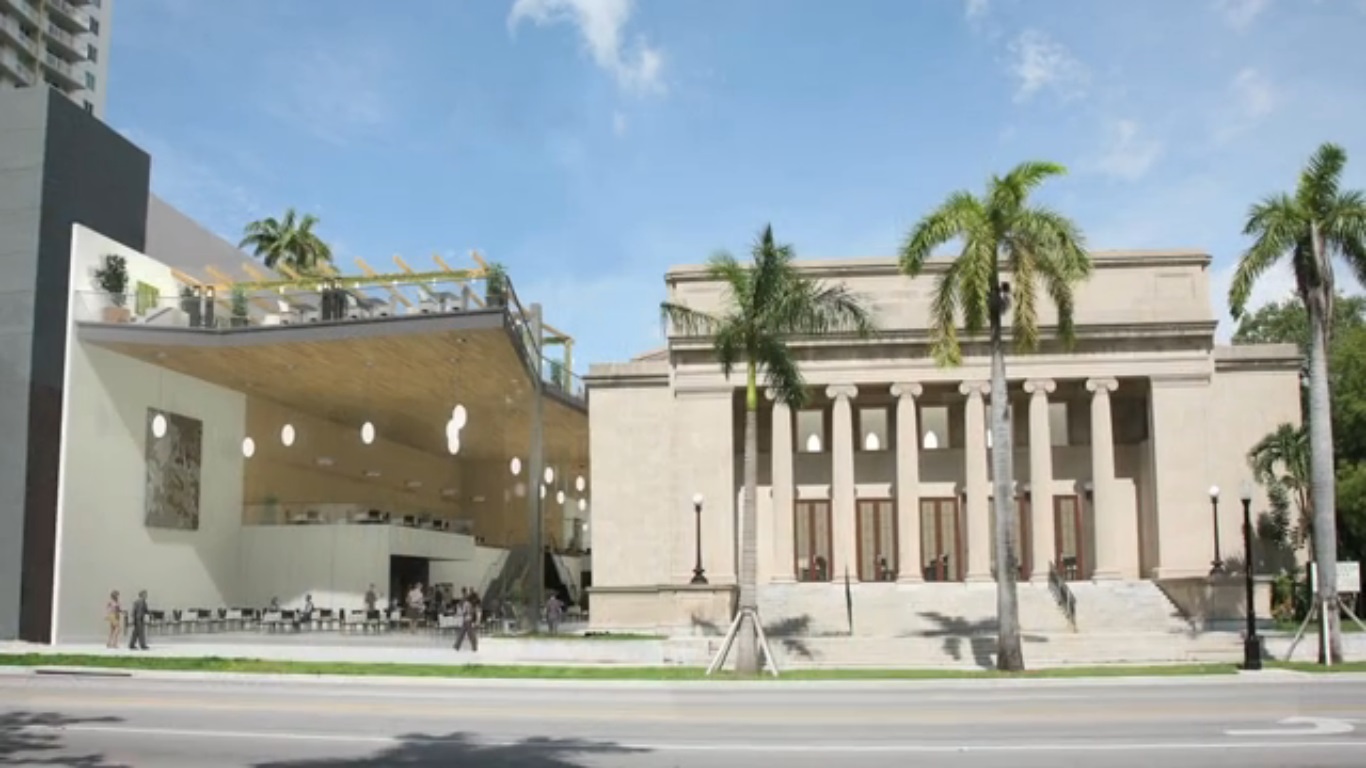