The Pan Am globe that was inside the Miami Science Museum for 55 years until it relocated in 2015 has found a new home at Miami Worldcenter.

The globe was recently unveiled at its new location in the retail promenade under the Paramount Miami Worldcenter tower.

The painted steel Pan Am globe was commissioned in the 1930s by Pan American Airways, and manufactured by Rand McNally.

It was originally at PanAm’s Dinner Key seaplane terminal, which is now city hall.

The globe still shows borders and countries as they were in the 1930s, including now non-existent countries such as Czechoslovakia and the USSR.

Miami Worldcenter acquired the globe from Frost Science, and invested over $700,000 in the relocation, restoration, and weatherproofing of the globe. International artist Franz Ackermann oversaw the restoration. 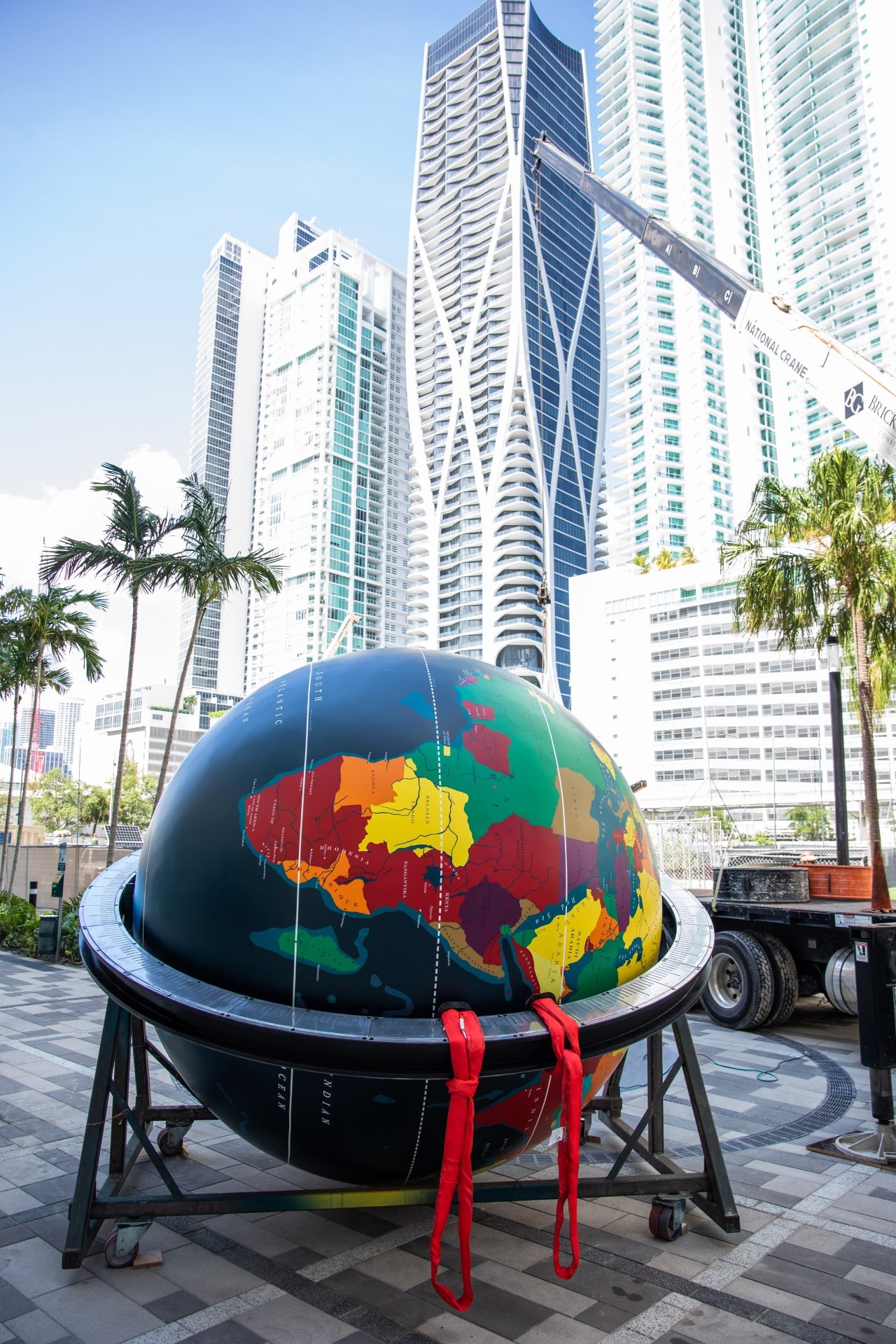 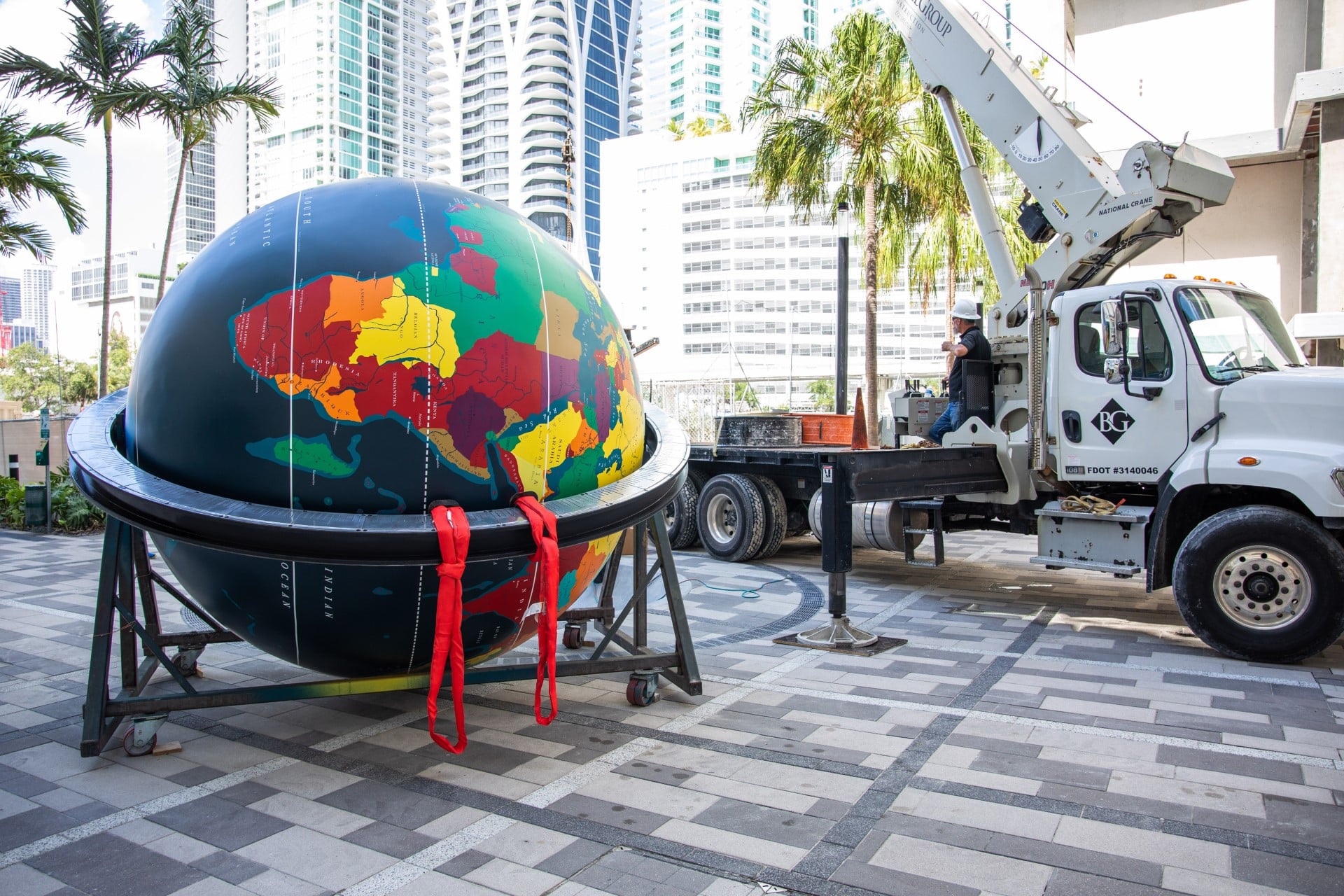 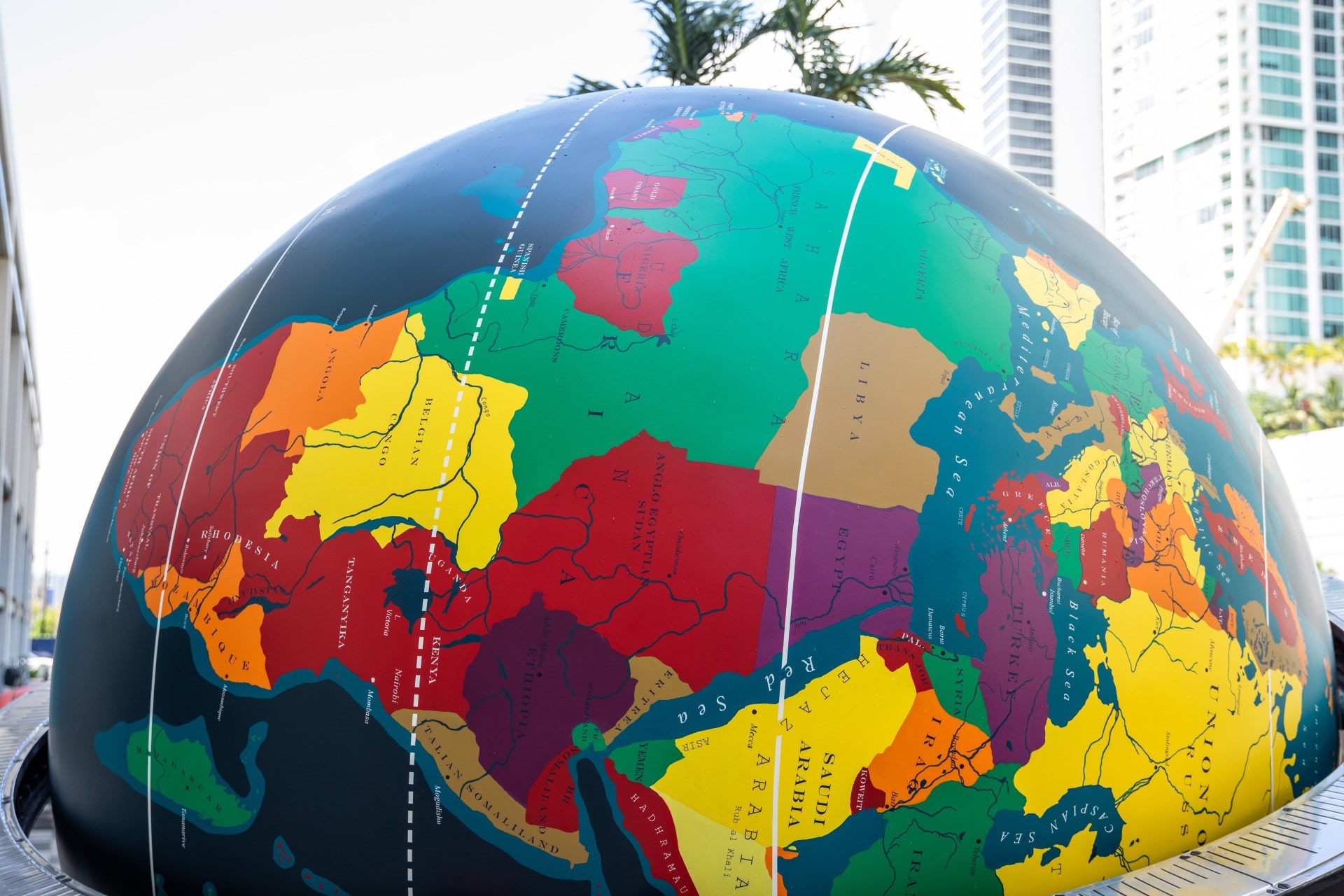 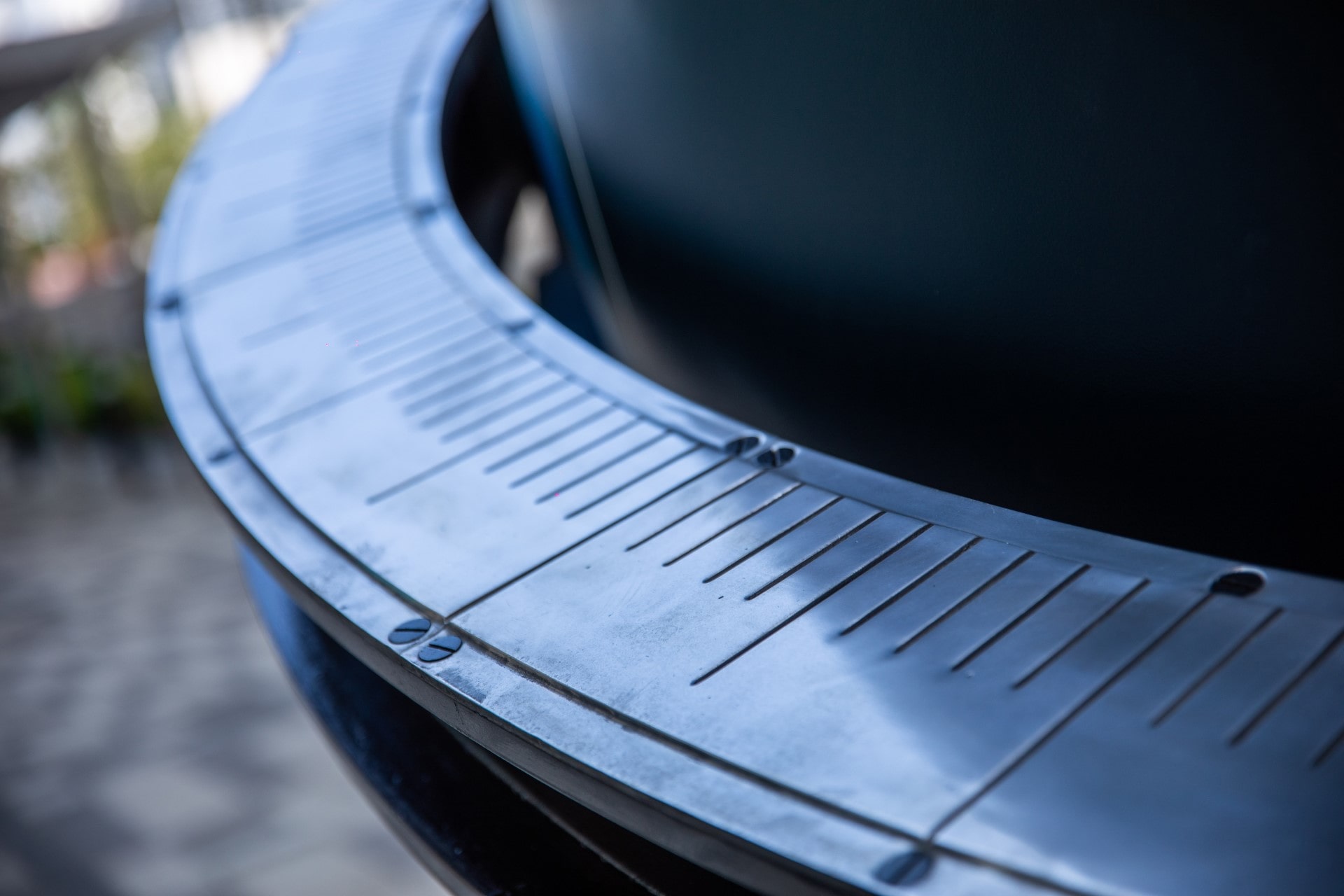 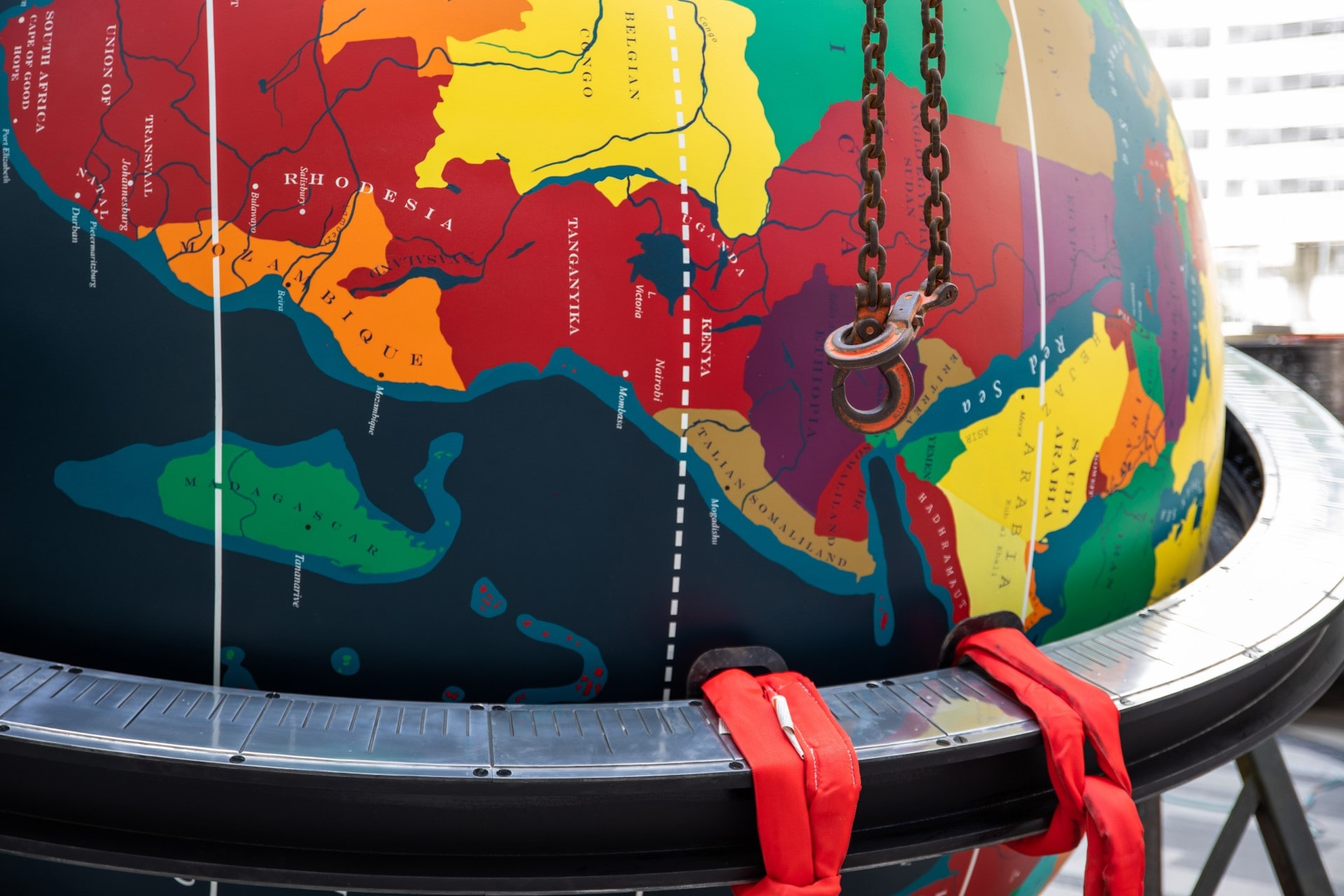 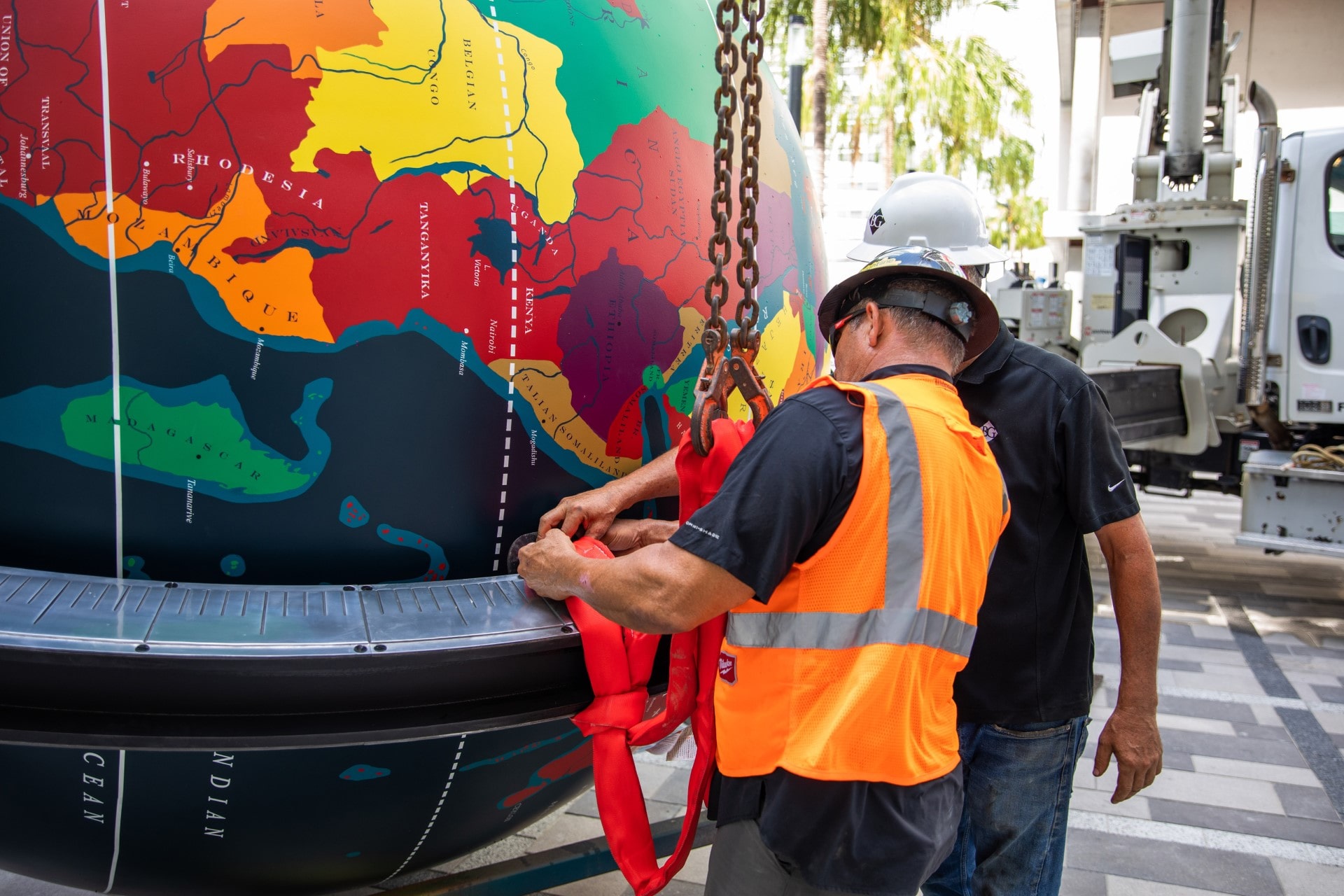 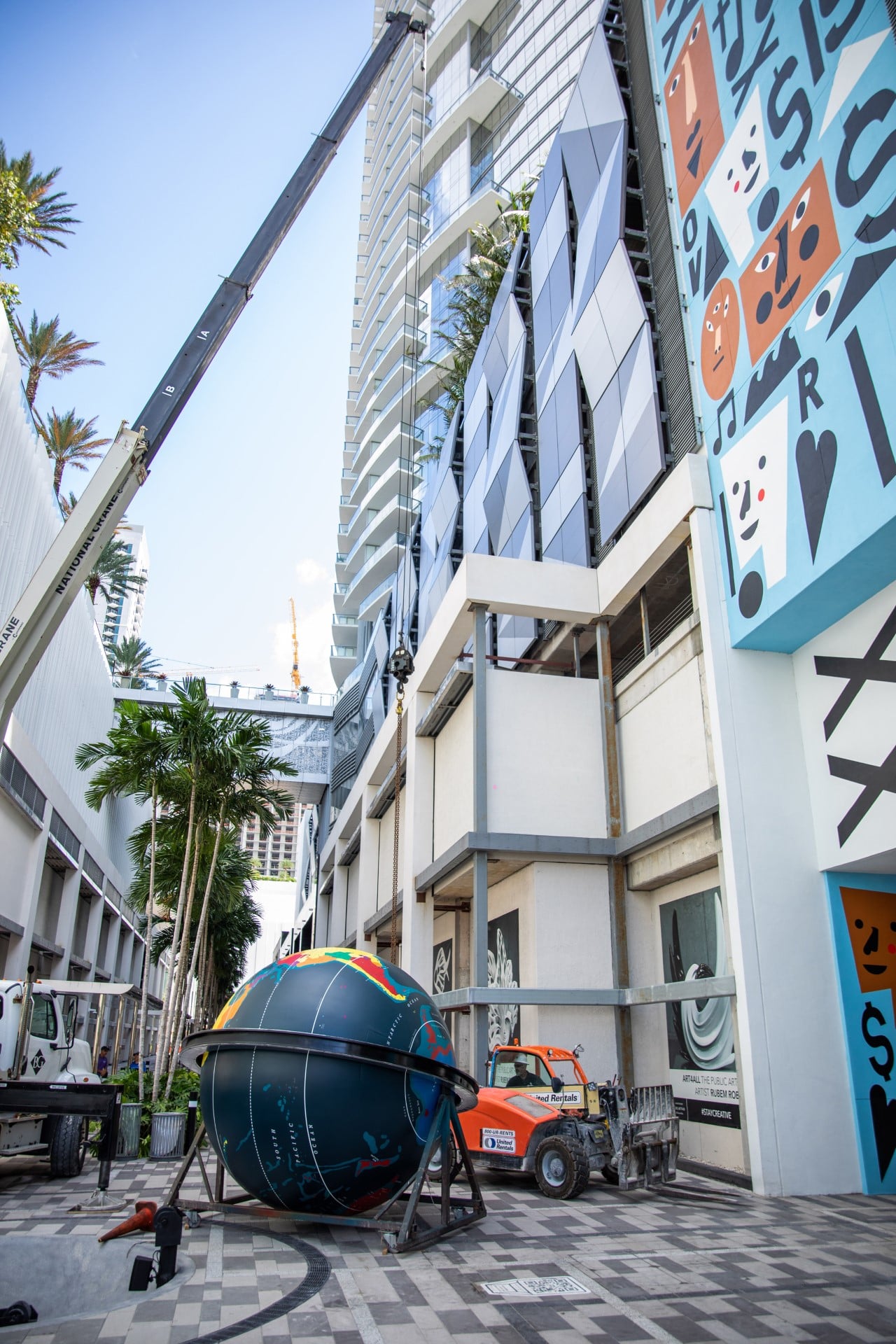 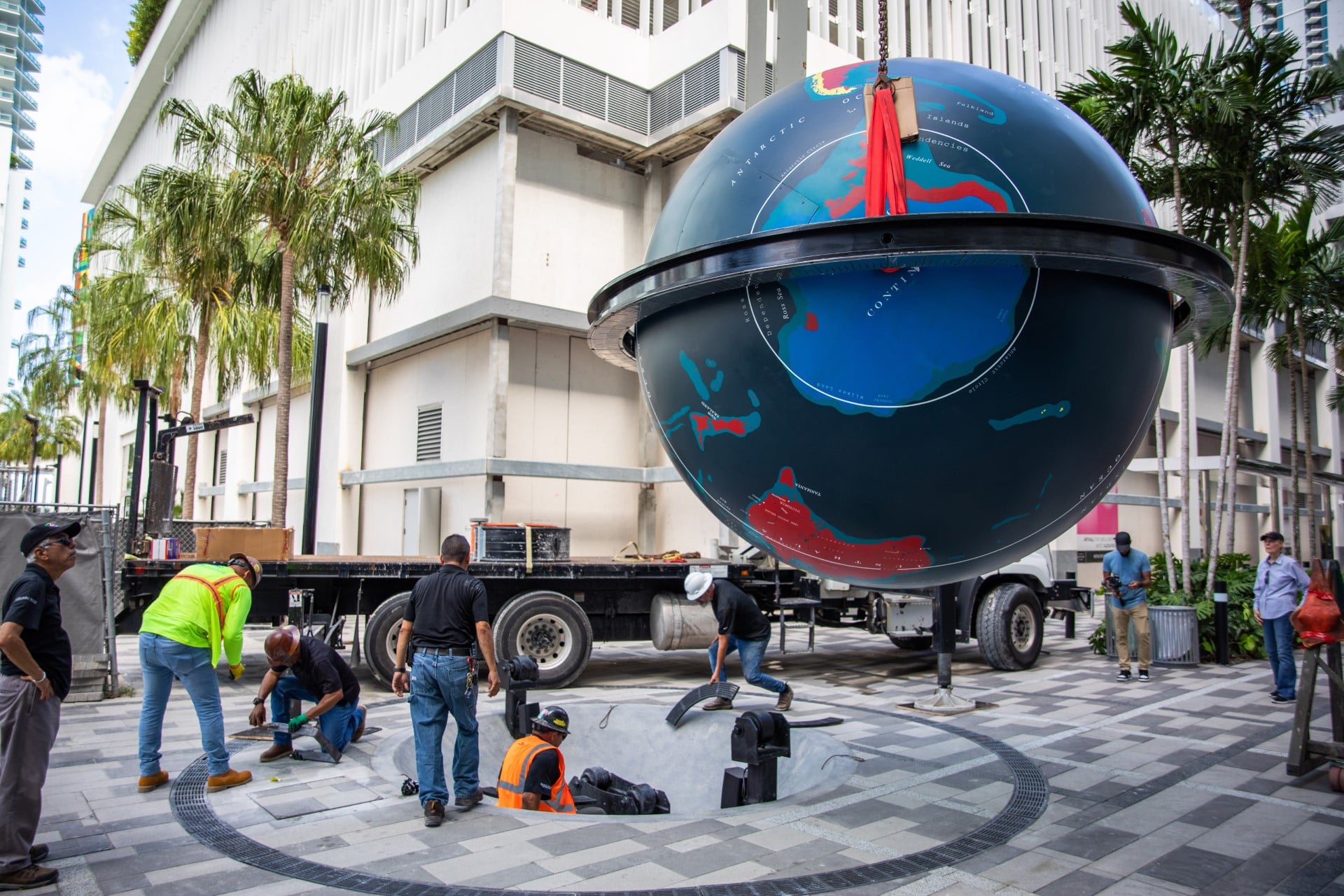 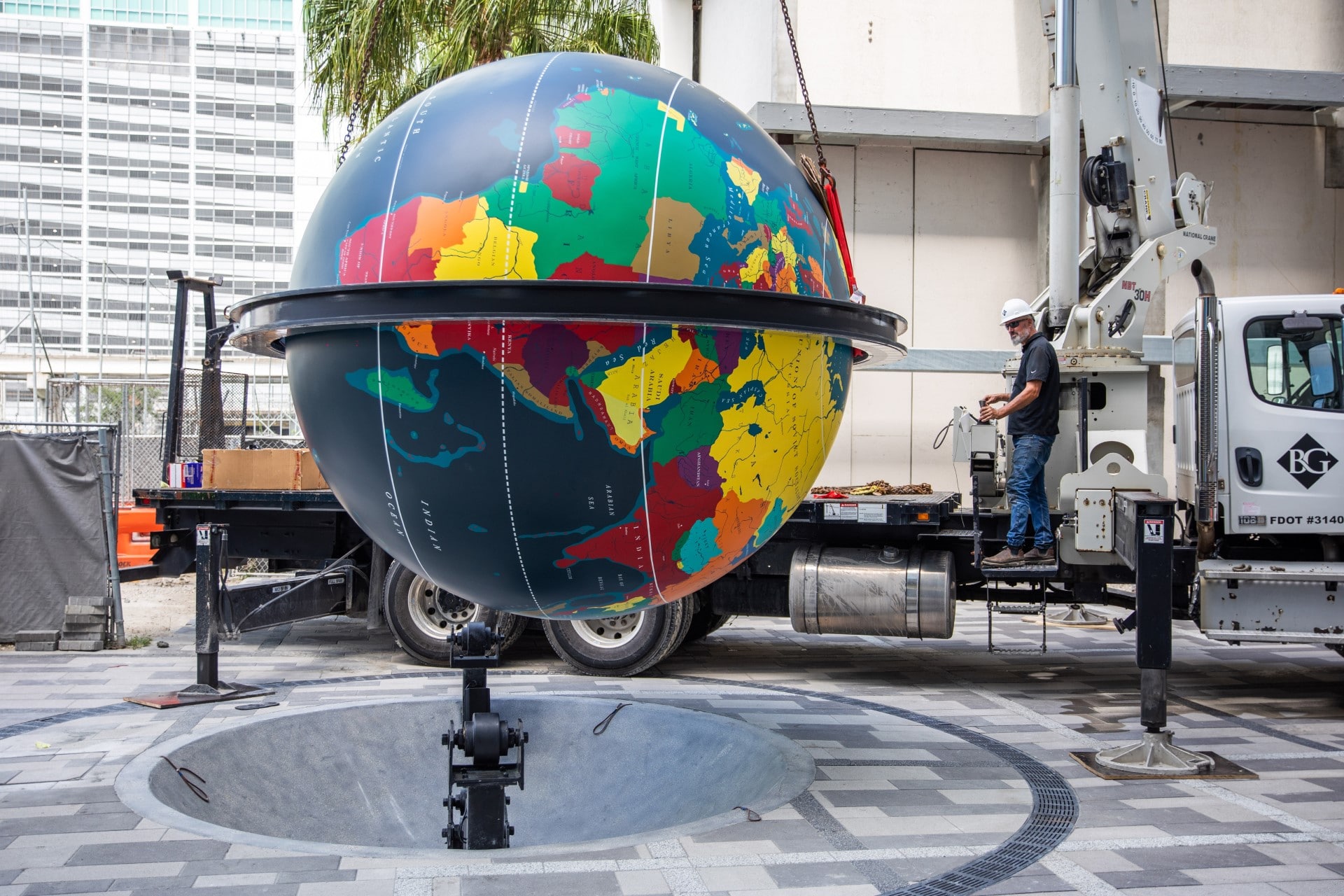 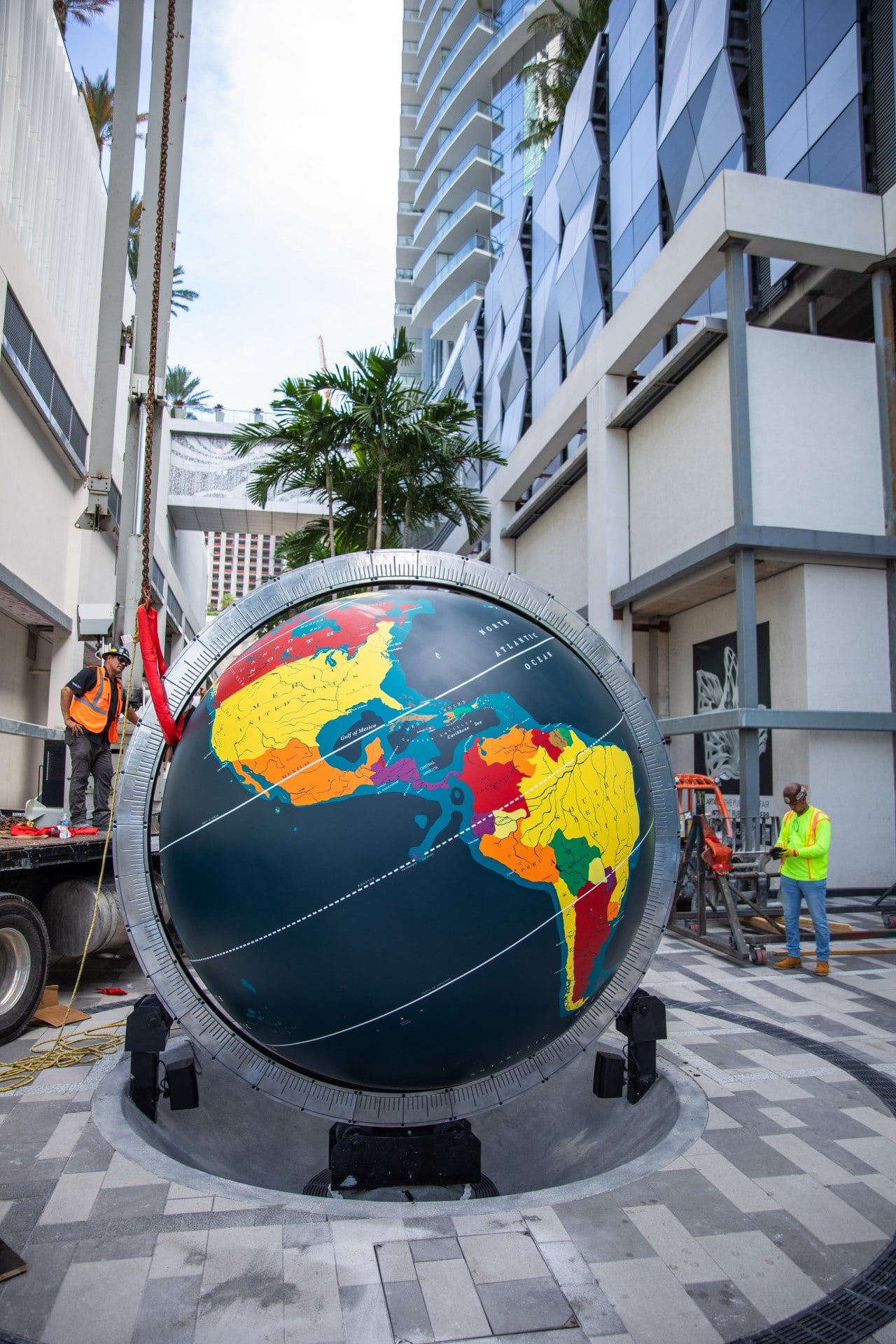 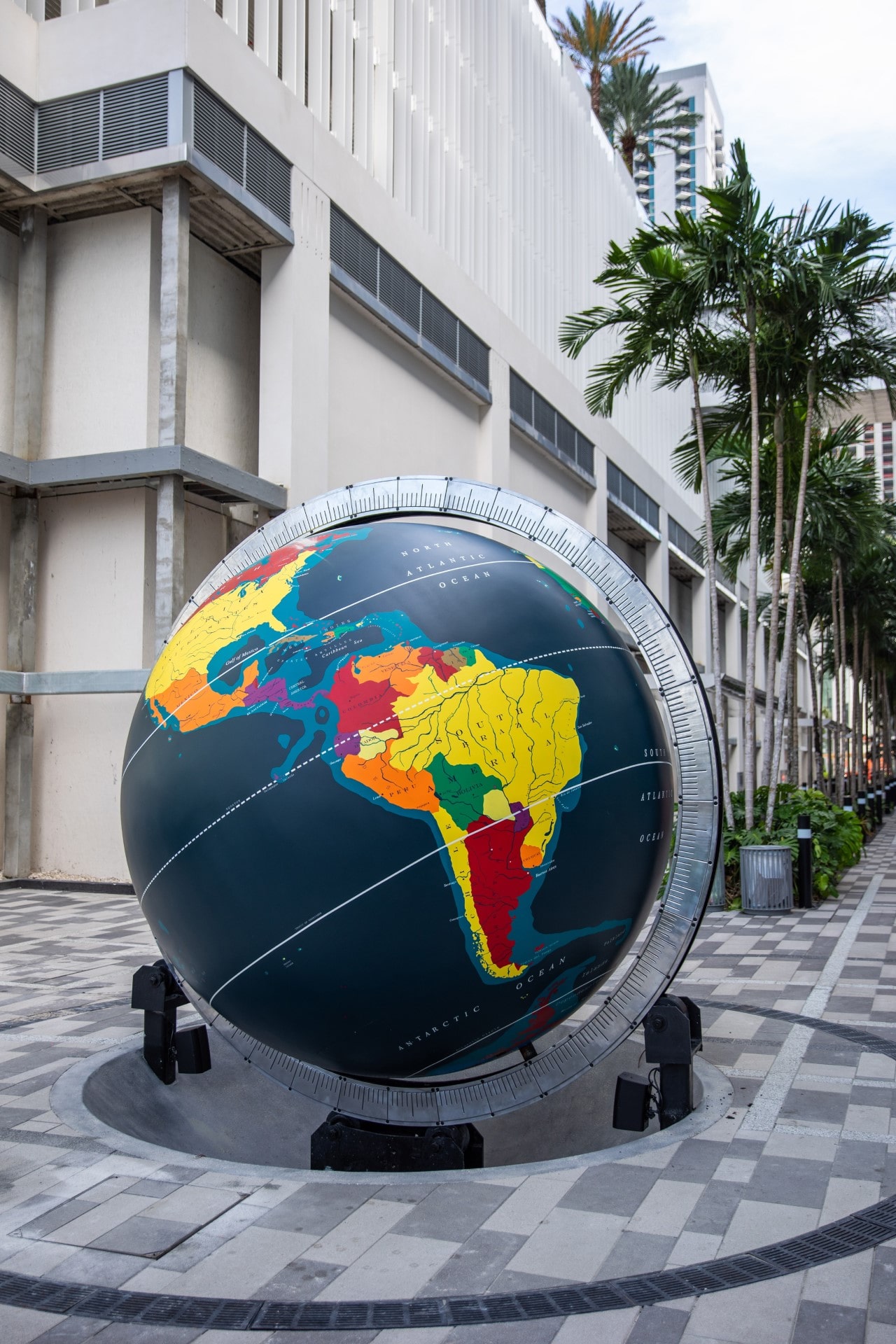 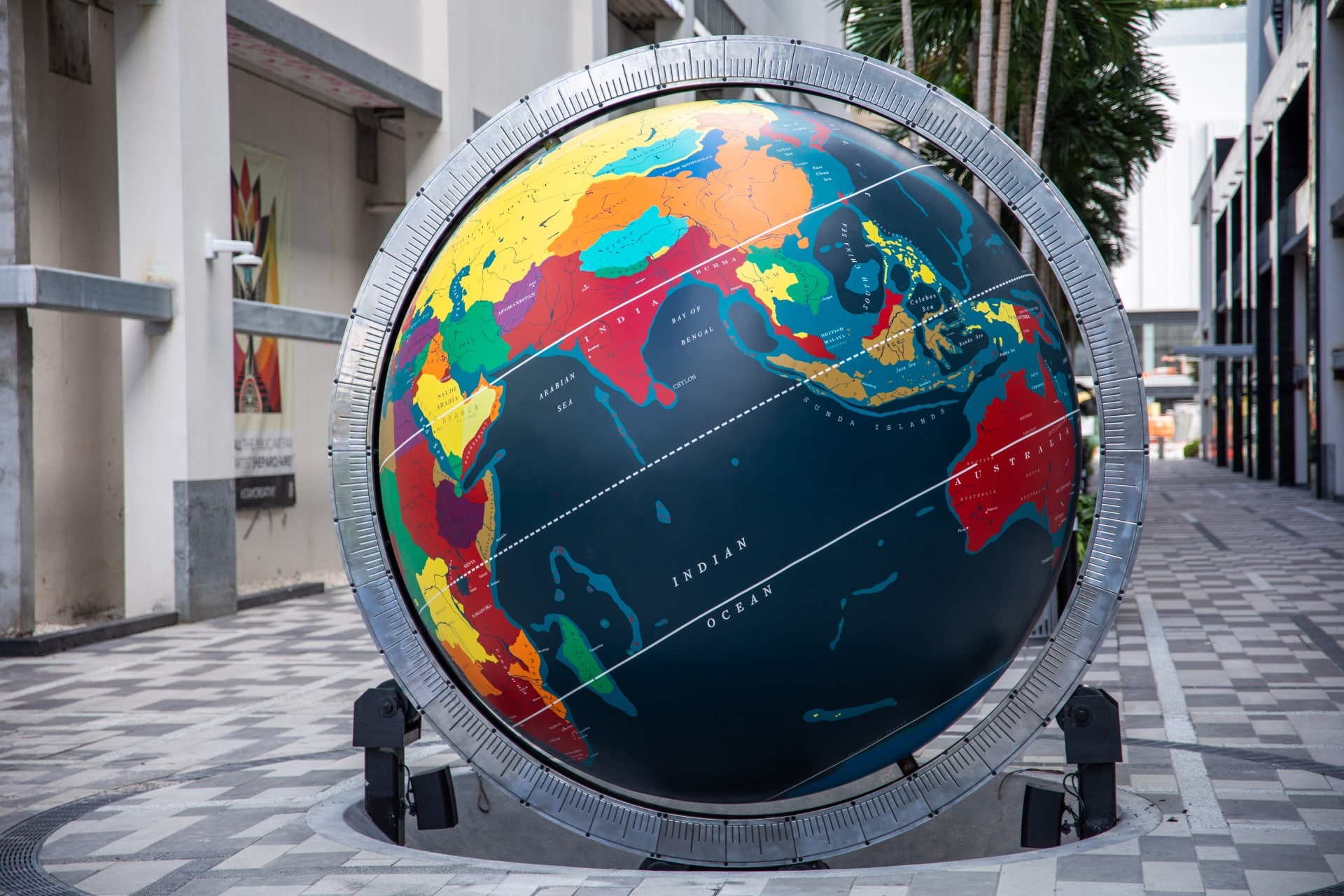