InfraRed Capital Partners, recently spun off of HSBC Bank, is leading a team that proposes to finance, build and operate a streetcar project in South Beach as a developer and majority equity investor.

InfraRed would invest 80% of the required equity, with another 15% coming from The Walsh Group (owner of Archer Western Contractors). The remaining 5% would come from Alstom.

The wireless cars would run on an exclusive right of way on Washington Avenue between 5th street and the convention center, with eight to ten stations.

If approved by Miami Beach, the project could move forward at a relatively fast pace, since it won’t require a lengthy application for federal funding. A Notice to Proceed could be issued in about a year from now, with construction and testing to be concluded three years later.

Below is the full unsolicited proposal from Greater Miami Tramlink Partners: 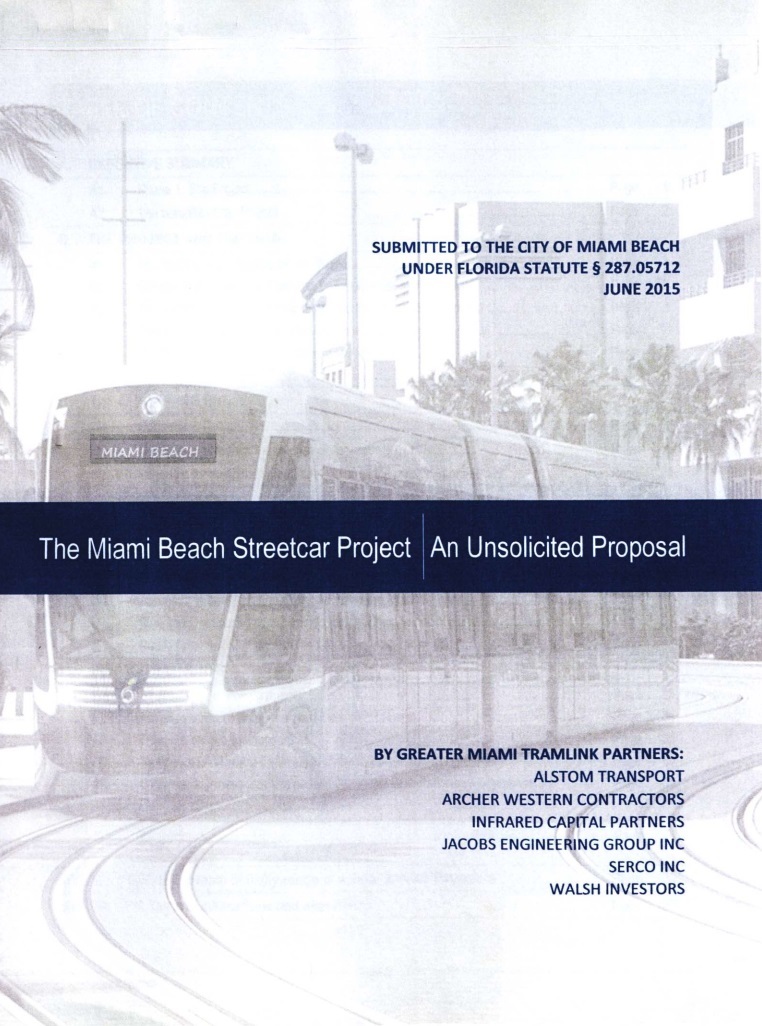