A Crescent Heights affiliate has submitted plans to build a Whole Foods Market at 19th and Alton in Miami Beach.

The Whole Foods would be 40,000 square feet, about double the size of the grocers existing (and popular) location on Alton Road.

Wells Fargo bank is currently operating on the property. The new building would include a Wells Fargo branch, and would be built in two phases to allow the bank to remain open, similar to the Crescent Heights plan for another Wells Fargo branch on Alton Road. A parking garage would span several levels.

If built, Whole Foods would be just a few feet away from a Publix, located directly across the street. Within two blocks is another Publix and a Fresh Market.

Curbed wrote that neighborhood activists are concerned about the design of the store and the traffic that it would generate, although the activists were not identified. Miami Beach’s Design Review Board will review the plans on February 3. 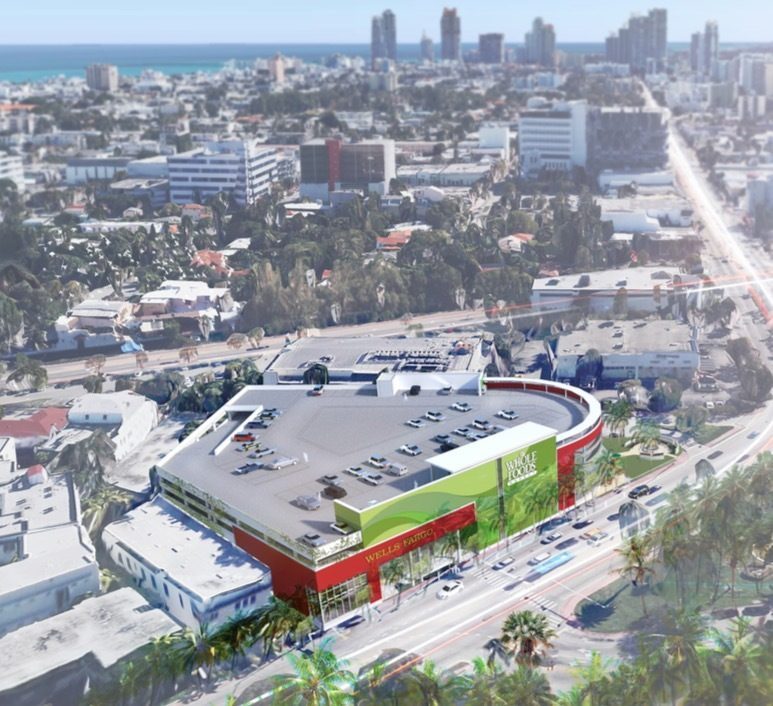 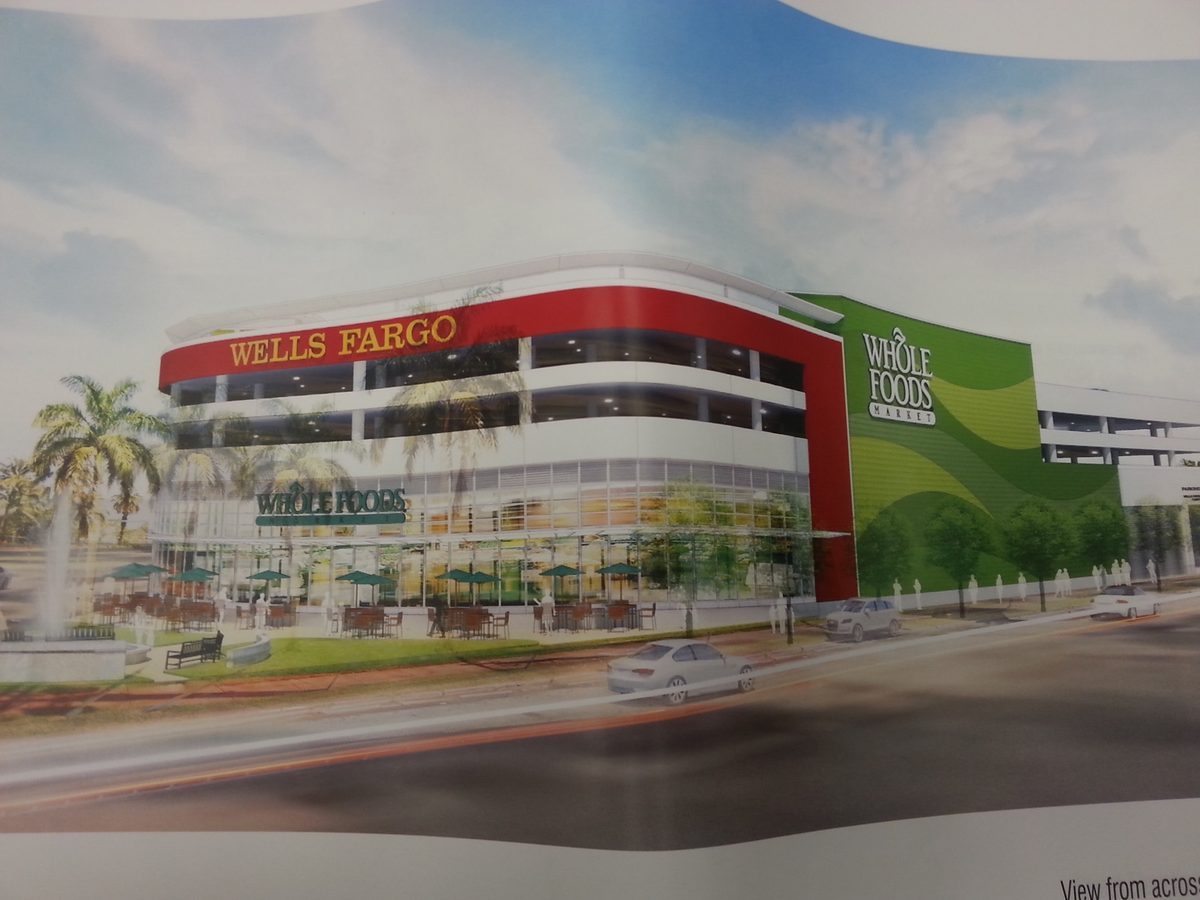 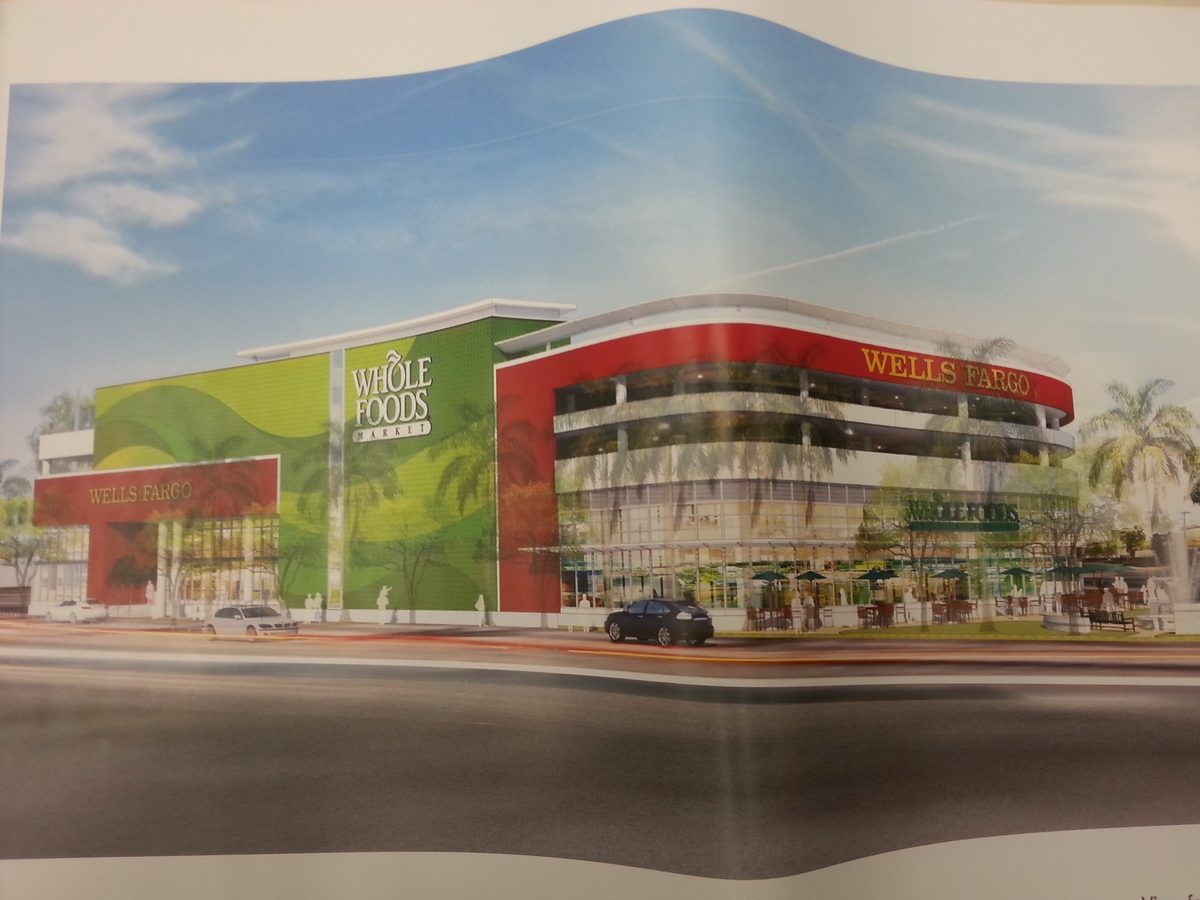 Above photos via Curbed. Below, an older rendering: 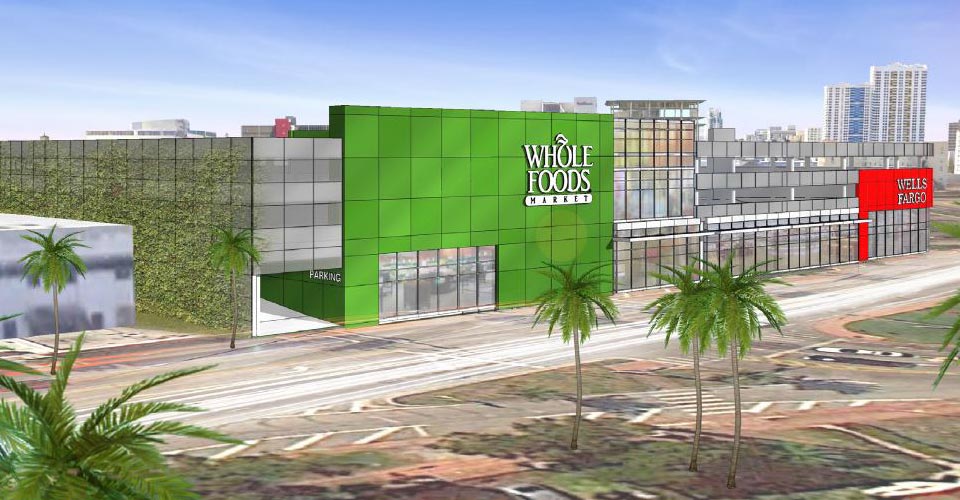