Whole Foods is coming back for approval in Miami Beach with a new design.

After Miami Beach residents came out in opposition to the store at 1901 Alton Road earlier this year, developer Crescent Heights went back to the drawing board, bringing in architect Chad Oppenheim to redesign it.

The difference between the two designs is striking. While Oppenheim’s new plan is similar in size to an earlier proposal rejected by the city, the newer, more elegant design seems likelier to be accepted by city officials and neighbors.

Under the new plan, the project will include just over 55,000-square-feet of retail space, along with 281 parking space spread over the top three levels – 68 more spaces than required. A green wall and planters will shield the garage levels, while city-owned property on the ground level would get a new landscape scheme. Loading and service areas would be oriented towards 19th Street, where Publix and Walgreens also have loading areas.

As part of the redesign, the developers have added additional setback of up to ten feet from the street, resulting in a smaller footprint for the building and creating a colonnade with seating. To accomplish this, mechanical equipment has been moved to the roof level, resulting in a building that is three feet above the height limit for the area (a variance will be needed.)

As before, construction will be phased to allow Wells Fargo Bank to remain open. Wells Fargo is the owner of the property.

Miami Beach’s Planning Board is scheduled to review the new plan at a meeting next week. 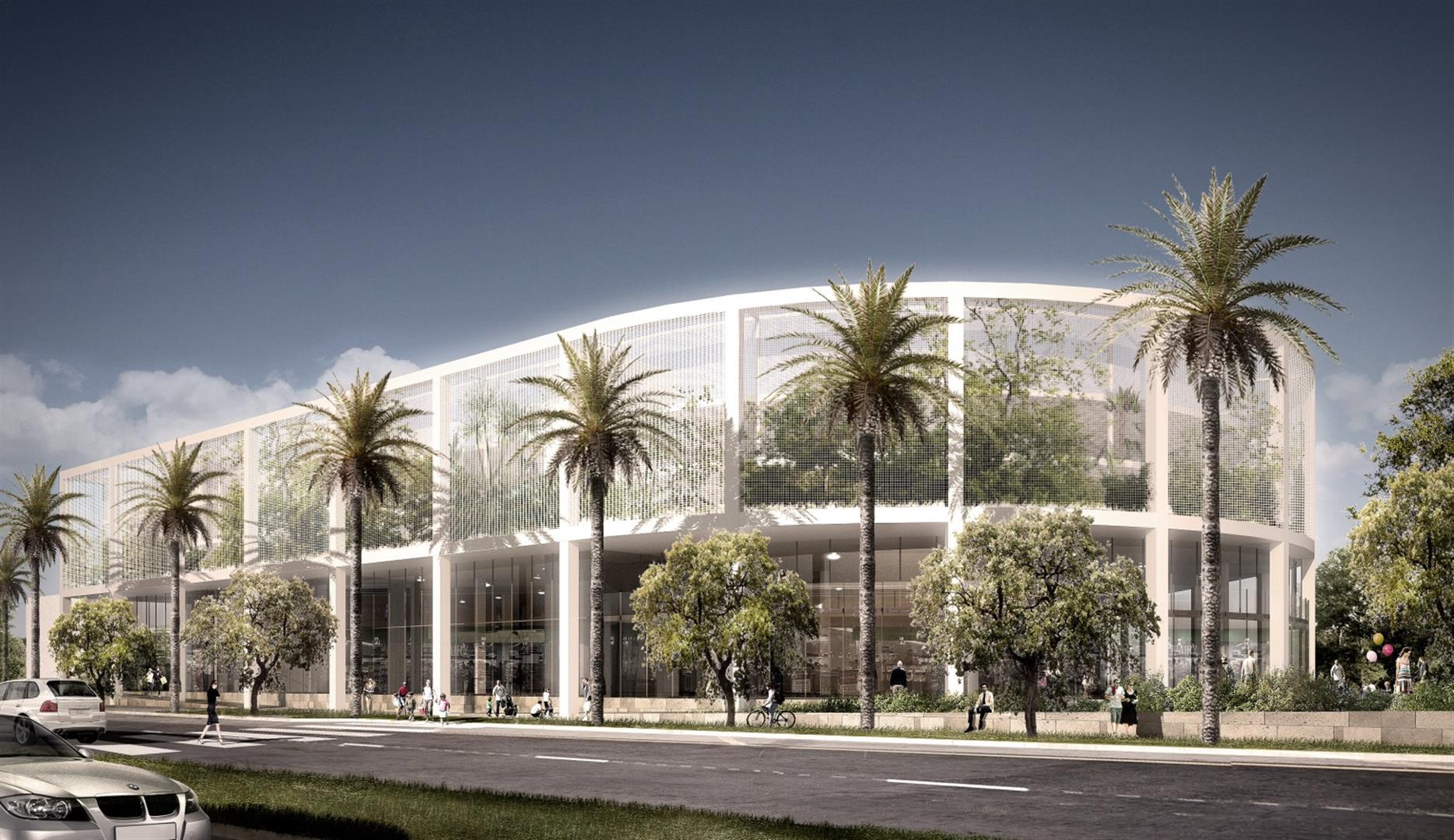 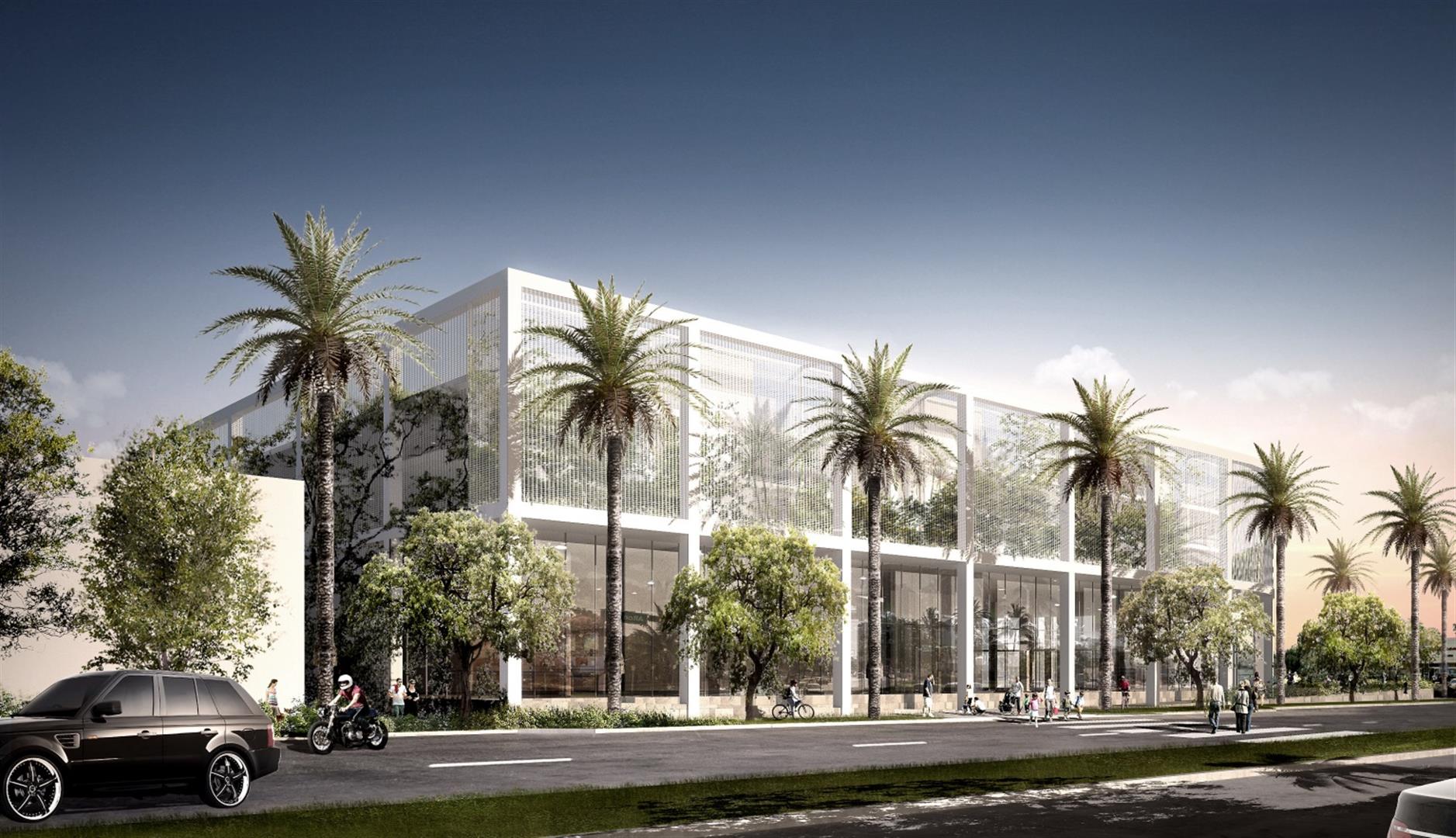 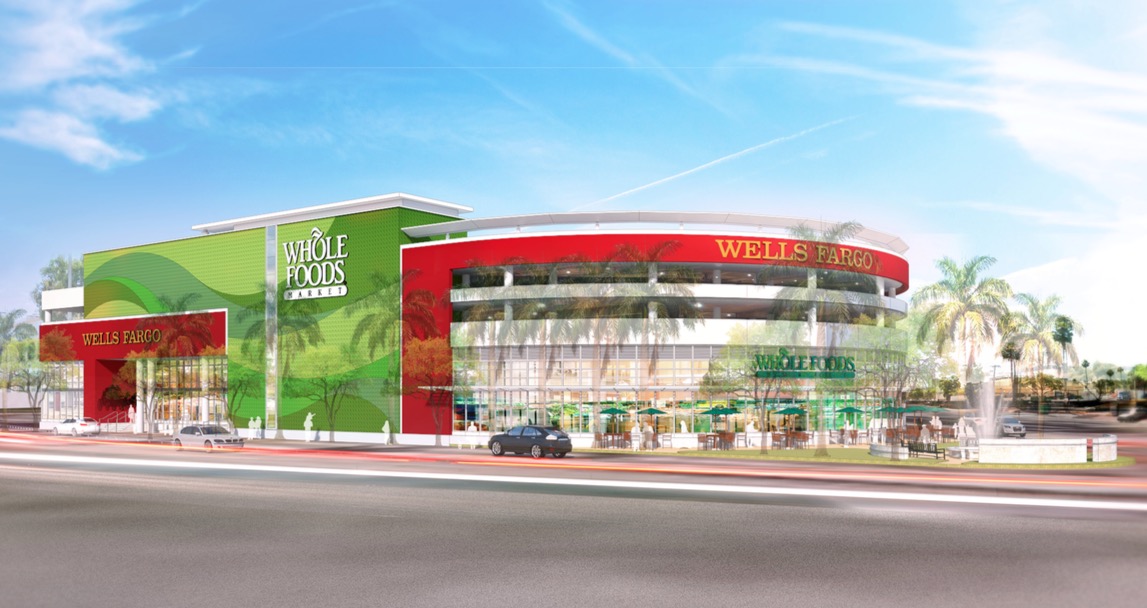 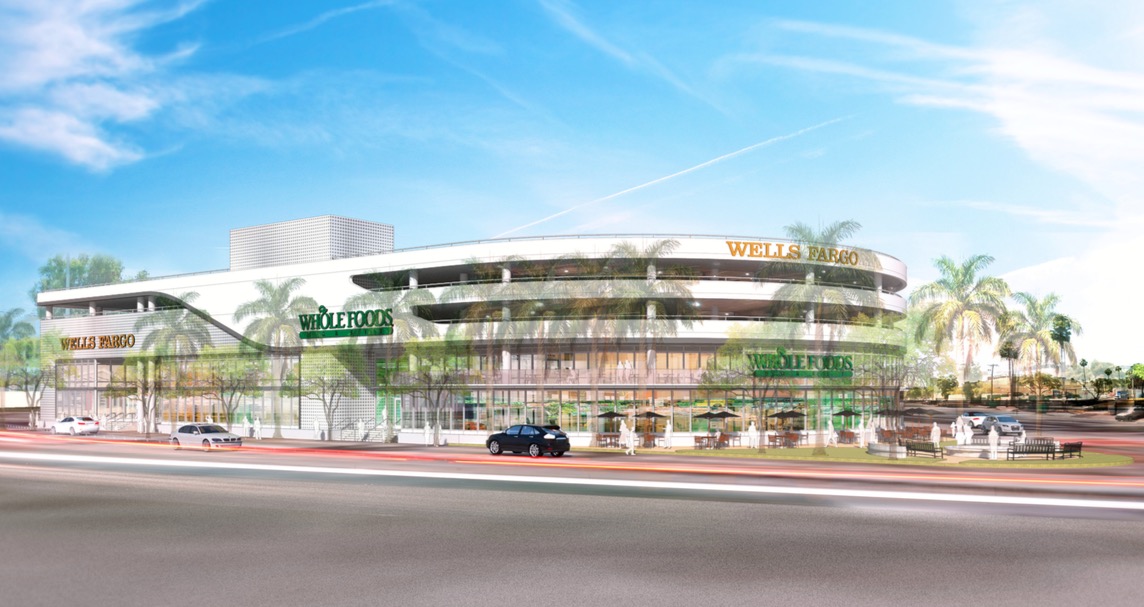