‘Inclusionary Zoning’ For An Entire Downtown Miami Neighborhood Could Soon Be Law, Will Allow Ultra-Dense Development

A Miami board is set to vote next week on a plan to redraw zoning for an entire neighborhood between downtown Miami and Wynwood for what is being called inclusionary zoning.

Over 35 acres of property will receive the new designation. Much of the land is now vacant or underdeveloped, but the area has been very hot with new development activity recently.

Up to 500 housing units per acre is allowed by current zoning, depending on the property.

The new zoning designation will be known as T6-24B-O. It will allow square footage bonuses of up to 25%, and housing unit density bonuses of either 50% or 100% based on what percentage is being dedicated to lower income residents.

There are 140 address with 787 folios that would be rezoned. Some developers in the area have already requested their individual properties be given the inclusionary zoning and bonuses, but now it could apply to the entire neighborhood.

Thousands of units have already been built in recent years in the area. Newly completed developments include multiple Melo Group towers such as Square Station, Art Plaza, and Miami Plaza, as well as the Canvas condo tower.

The School Board Metromover station is also in the area, providing access to public transportation.

Miami’s Planning, Zoning and Appeals Board is scheduled to vote on the plan at a September 4 meeting. 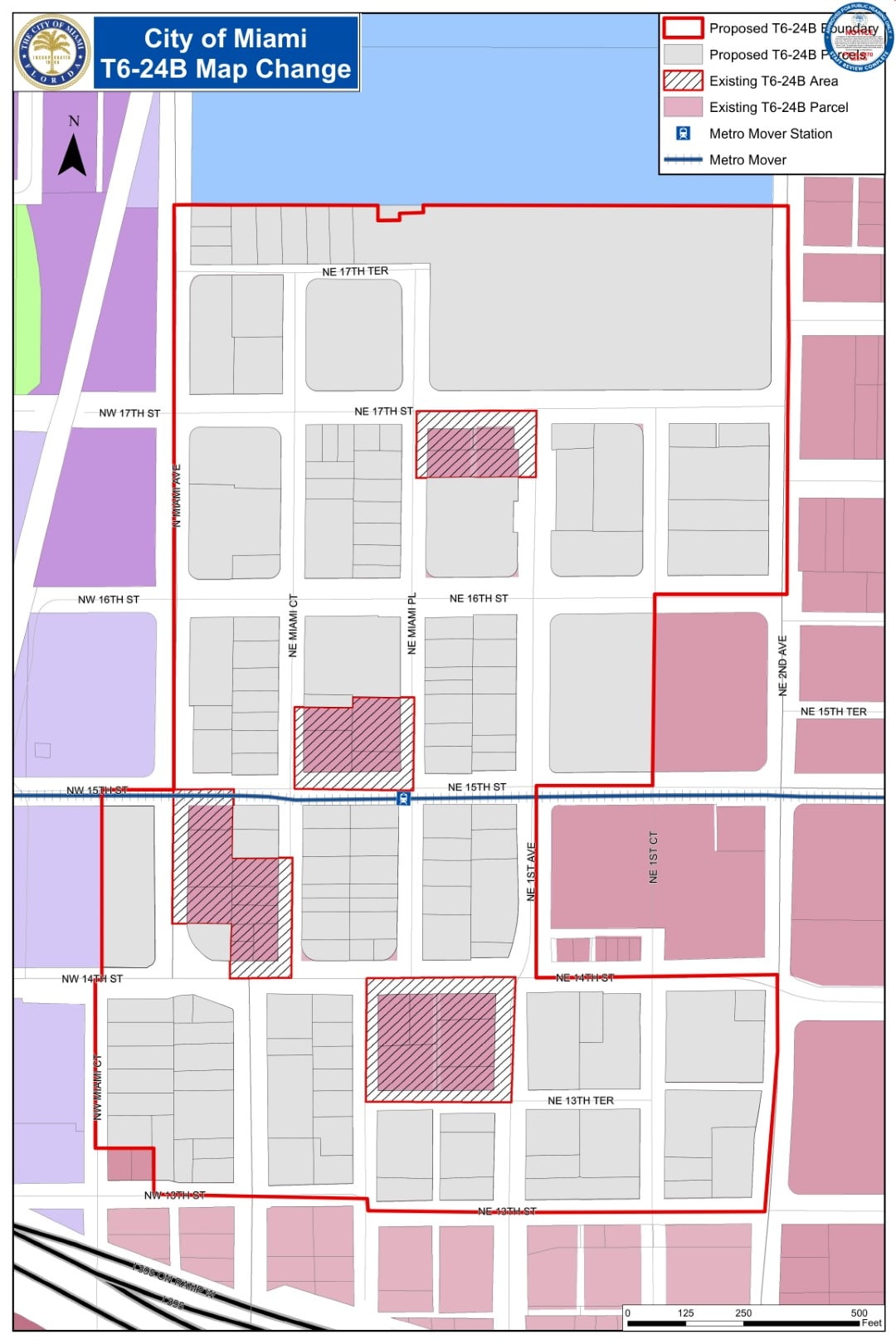