Is Coinbase Now Headquartered In Miami? Press Release Hints At The Possibility

Coinbase, the cryptocurrency company which had one of the most valuable stock market debuts in U.S. history this month, has hinted that it has ties to Miami.

The company issued a press release yesterday listing Miami as its location, and noting that Coinbase is a “remote first” company.

Coinbase went public this month and was the seventh most valuable new listing in U.S. stock market history.

Before the pandemic, Coinbase was headquartered in San Francisco.

In February, the company announced that it was becoming a remote work company with no central headquarters. Around 29% of its San Francisco workforce had already left town at the time of the announcement. 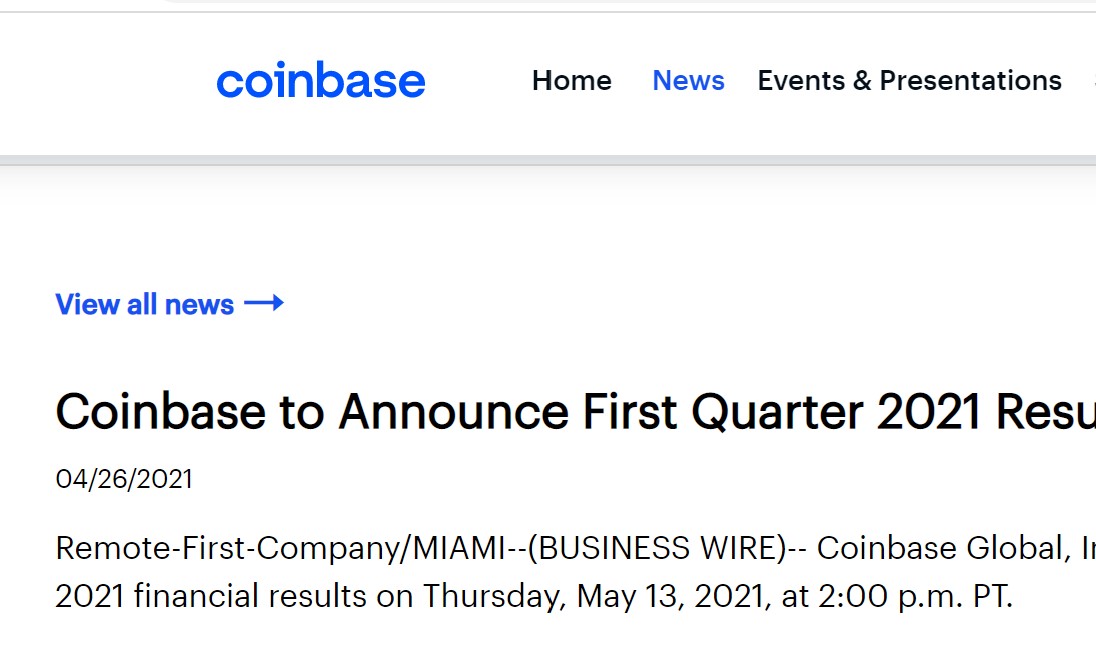