Jack Dorsey continues to take notice of the movement of tech investors and entrepreneurs to Miami.

The Twitter and Square founder retweeted a tech founder late last month who said he was moving to Miami.

In the December 24 Tweet, Tim Salau wrote that Miami Mayor Francis Suarez was “the greatest,” and that he would be moving here.

Dorsey later retweeted a news article stating that Suarez was considering 1% of Miami’s assets into bitcoin. Dorsey is a major advocate for cryptocurrency. 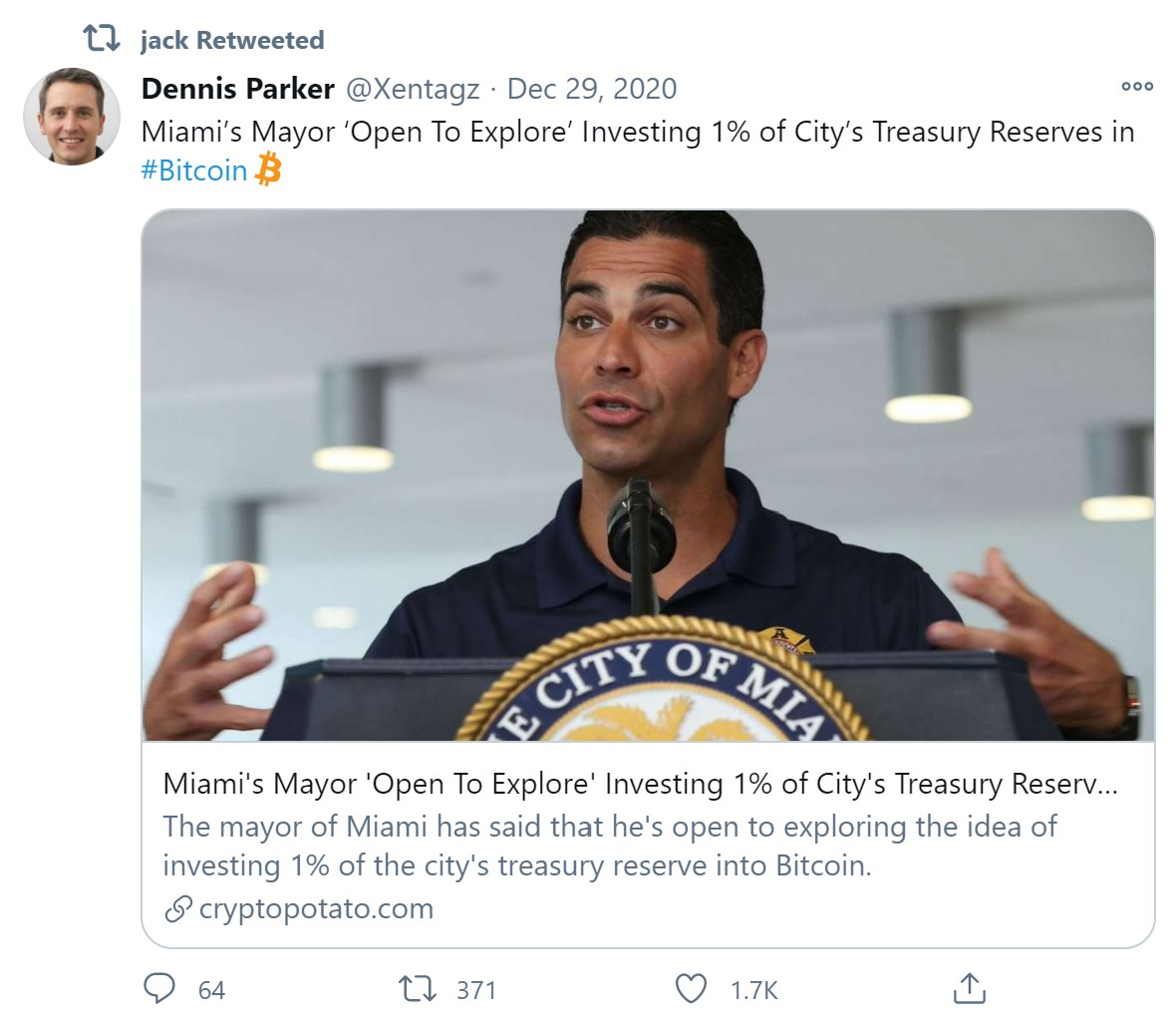 Suarez has been generating buzz in the media and on Twitter, where he is actively promoting Miami as an up and coming tech hub.

Others, including Founders Fund general partner Keith Rabois have also been writing a steady stream of tweets explaining why Miami has a bright future as a tech center.

He was photographed at Miami Beach’s Liv and Story nightclubs in September 2019.