Is This Singapore Airlines? Travel Blogger Is Amazed By Brightline’s Train Service From Miami

A popular travel blogger took Brightline from Miami for the first time this week, and came away amazed by the service.

One Mile At a Time publisher Ben Schlappig is noted for his reviews of premium airlines around the world, and has published reports on nearly every major airlines’ first and business class after personally flying each product.

Brightline’s service is incredible, he wrote.

Trains were clean and included wifi, while bathrooms were kept spotless and even had toilet paper rolls with folded triangles. Every employee seemed helpful and happy, according to Schlappig.

MiamiCentral station is so beautiful that it “puts airports to shame,” he wrote. The lounge for Select passengers at the station is better than almost any Admirals Club, he added.

Schlappig paid just $31 for the trip from Miami to West Palm Beach, and wondered how tickets could be sold for so little. The fare includes access to a lounge and might be the least expensive way to book a conference room in Miami, he noted, while the complimentary food and drinks in the lounge and on the train might make it the cheapest happy hour in the city.

Brightline is headquartered in downtown Miami at 3 MiamiCentral, and has commenced construction on a route to Orlando after obtaining financing for it earlier this year. An extension to Tampa is also in the final stages of bidding. 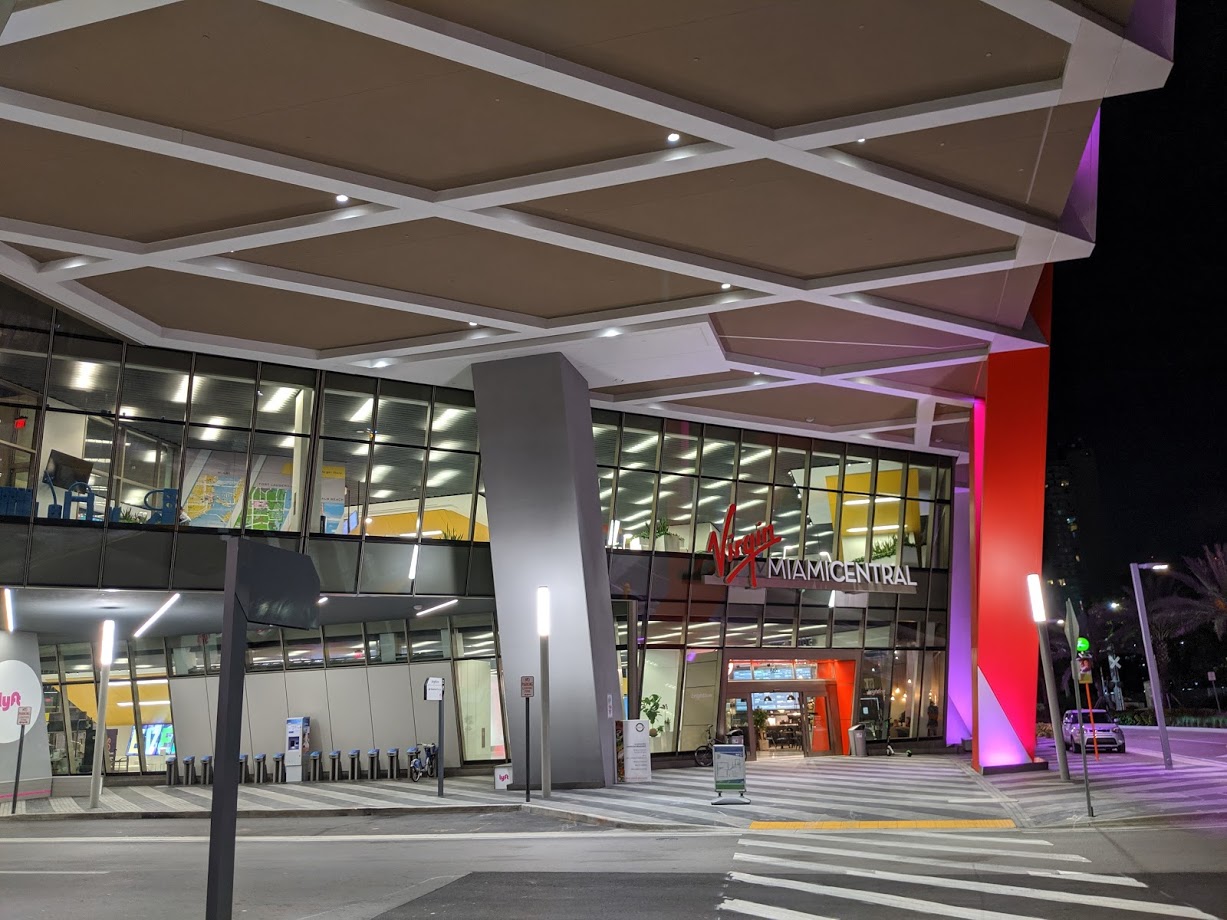