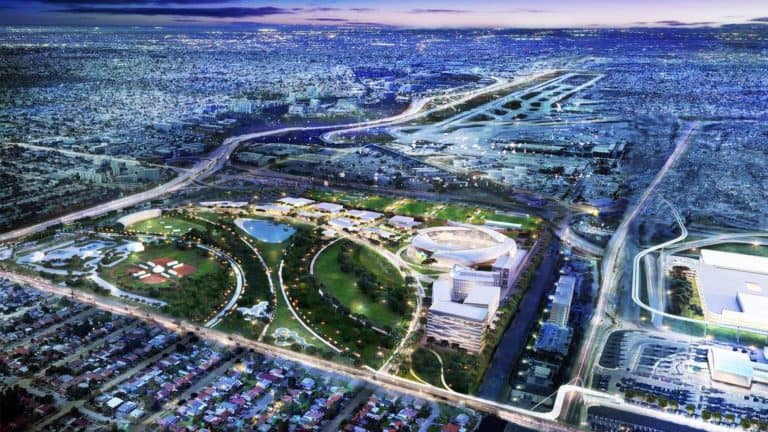 Jorge Perez: Beckham’s ‘Ridiculous’ Stadium Proposal Is Even Worse Than The Marlins Deal

Writing from the “Mountains of Italy,” Perez sent a strongly worded email to Miami commissioners over the weekend, in which he criticized the deal. The email was obtained by Glenna Milberg.

The “Melreese Giveway” is so bad that it would make the Marlins Stadium deal look good for the city and county, he wrote.

Perez called the financial terms “ridiculous,” and asked why it was being rushed through without a proper appraisal and community input. Beckham’s lobbyists are pushing commissioners to approve a referendum calling for a minimum of just $3.5 million in rent.

Team owners and developers would profit handsomely, he warned, while the stadium would end up being built at the public’s expense.

Perez said that only the stadium should be built if anything, with the remainder of the park kept as open space.

The email in full:

Mr commissioner, I am in Italy but I sent you an email that I think did not go through. It was just to express my dismay at “the Melreese giveaway”. I am pro soccer and like the Mas family very much. But, as Jorge himself states, this is a billion dollar deal: and City gets $3.5MM in rent??? This will Make Marlin Stadium like a good deal for the City/County. Why does the City not take its time and hire a professional appraiser to determine value. If I was developing a billion dollar deal, the land portion would be approximately 20% or $200,000,000. At a 6% return, rent would be $12,000,000. While I am oppose to giving public land away for private, for profit purposes without any social benefit,if AFTER COMMUNITY INPUT, the City desired to sell or lease public open space to private individuals, they should conduct an appraisal and determine what is fair market value. It is bad enough turning the Little open space we have left for the gain of a few wealthy individuals, but to give it away for a ridiculous sum is unconscionable. Remember, if this goes through? The end result is not only that the stadium will be built for free at the expense of our citizens but that, in addition, the team owners/developed will profit handsomely. Is there a reason why, before going to a referendum, the City does not take the required time to solicit both professional(value and planning)and community input??? Let’s help build a soccer team, but take your time and do it correctly. And, make it just what is necessary for a soccer stadium and keep the rest as community open space. Thanks for listening(would have called but I have spotty communications in mountains of Italy). All the best, jorge Perez 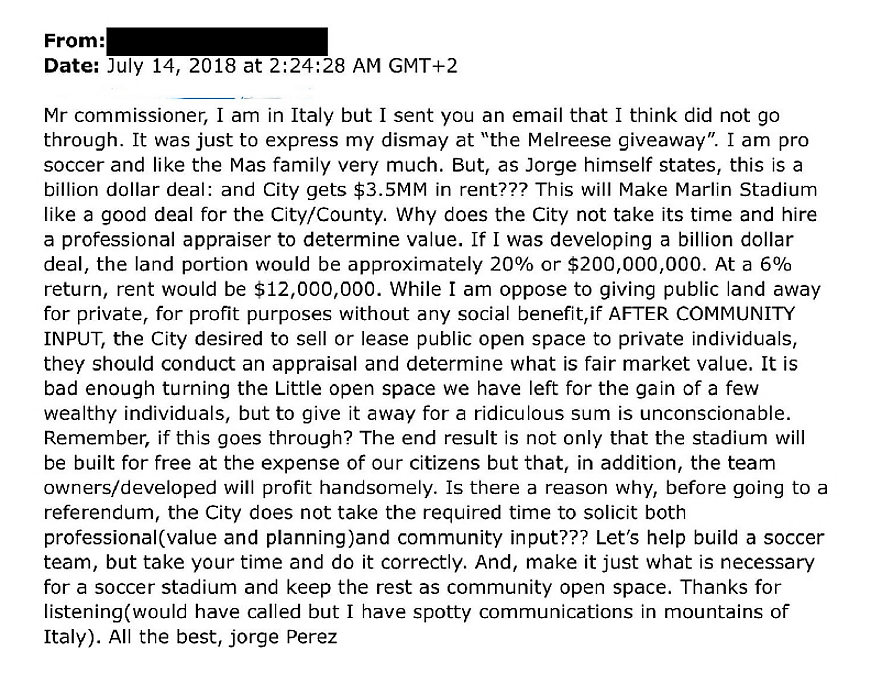