Miami commissioner Ken Russell wants a public park to be built as part of a redeveloped Hyatt in downtown Miami.

At a commission meeting today, Russell presented a conceptual proposal for Julia Tuttle Park, which would be built next to the rebuilt Hyatt and Knight Center.

Russell showed a rendering of the concept prepared by Zyscovich Architects, which places the park on the river. The Hyatt is set back, while access ramps to I-95 are removed.

With the new proposal, the Hyatt redevelopment likely won’t be placed before voters on November’s ballot, after the item was withdrawn.

Hyatt’s current lease runs until 2078, so the company still has the option of walking away from redevelopment talks and remaining in the existing hotel.

In a statement, architect Bernard Zyscovich said that his concept would open up the area by bringing I-95 ramps to grade.

Under Zyscovich’s plan, the Miami Ave. Bridge would become more accessible by providing a second access point from I-95, which could help reduce congestion at the intersection in front of the Brickell Avenue Bridge.

Moving the Hyatt development to the North opens up a new way of entering the City while still leaving enough space for a new park, according to Zyscovich.

By pushing the I-95 entry to come to ground at Miami Ave instead of Brickell, it also creates the opportunity for a boulevard enty/exit into the City next to the River, while still allowing for a new tower on the available developable space.

“This is the moment in time when we can solve multiple problems at one time and will forever transform the entry to Miami’s downtown,” Zyscovich said.

I withdrew the Hyatt redevelopment downtown item. Not going to the ballot. Instead I’ve introduced the concept for Julia Tuttle Park. pic.twitter.com/dnH6Lb9WR8 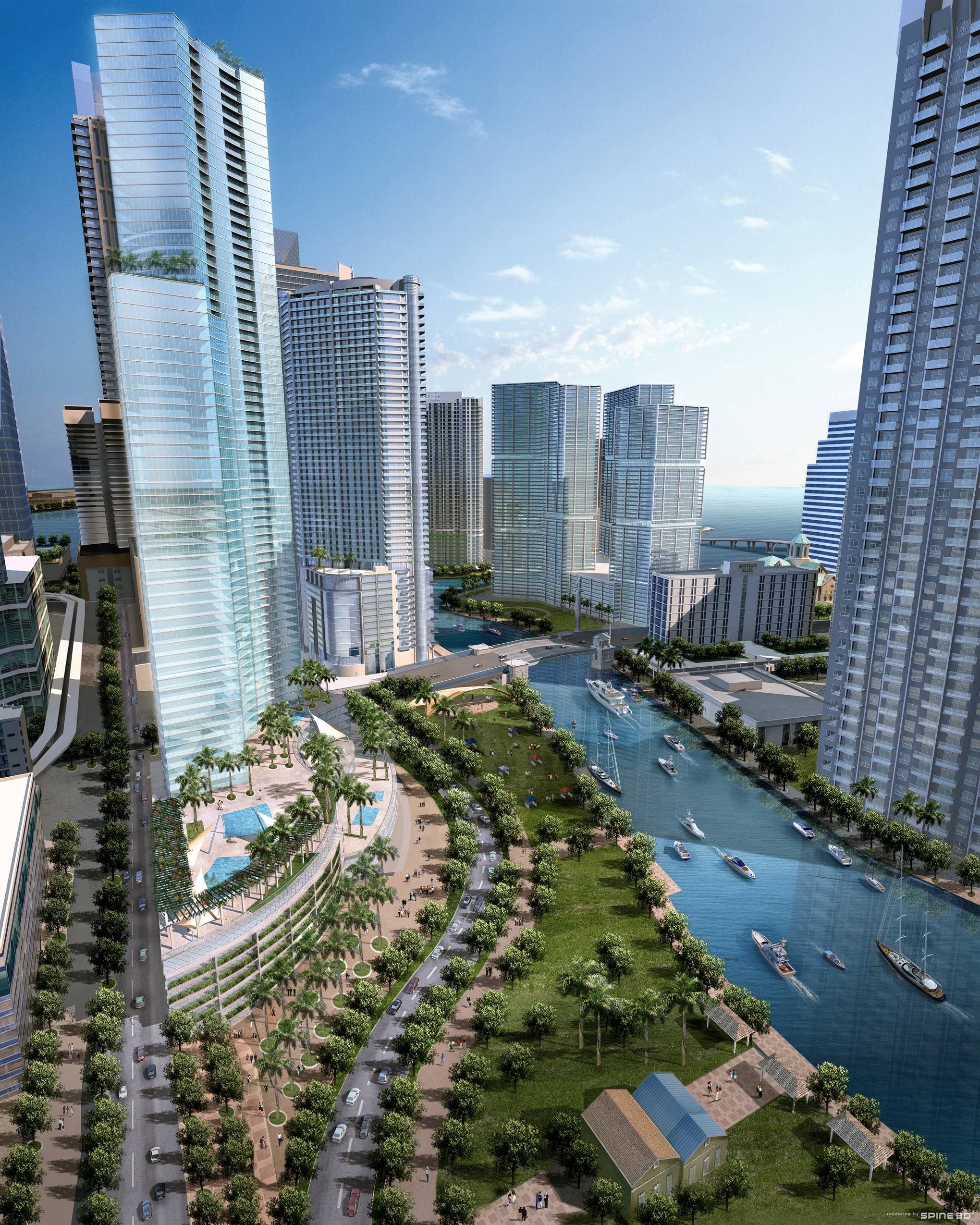