Korean Air Operates First Ever Nonstop Seoul-Miami Flight, Longest Ever For The Airline

Korean Air operated a nonstop flight from Seoul to Miami International Airport this week for the first time ever.

It was the longest flight ever flown by Korean since the airline was founded in 1969, the company said.

Korean normally flies cargo planes to Miami six times weekly, but those flights make a fuel and crew stop in Anchorage before continuing to and from Miami.

For this week’s nonstop flight, the airline used a 777-300ER passenger plane converted to cargo use.

The flight covered a distance of 13,405 kilometers and lasted for 14 hours and 42 minutes.

The plane had 25 tons of COVID-19 diagnostic kits to be sent to the Dominican Republic onboard.

Korean’s previous longest ever flight was to Atlanta.

See the flight playback at Flightradar24. 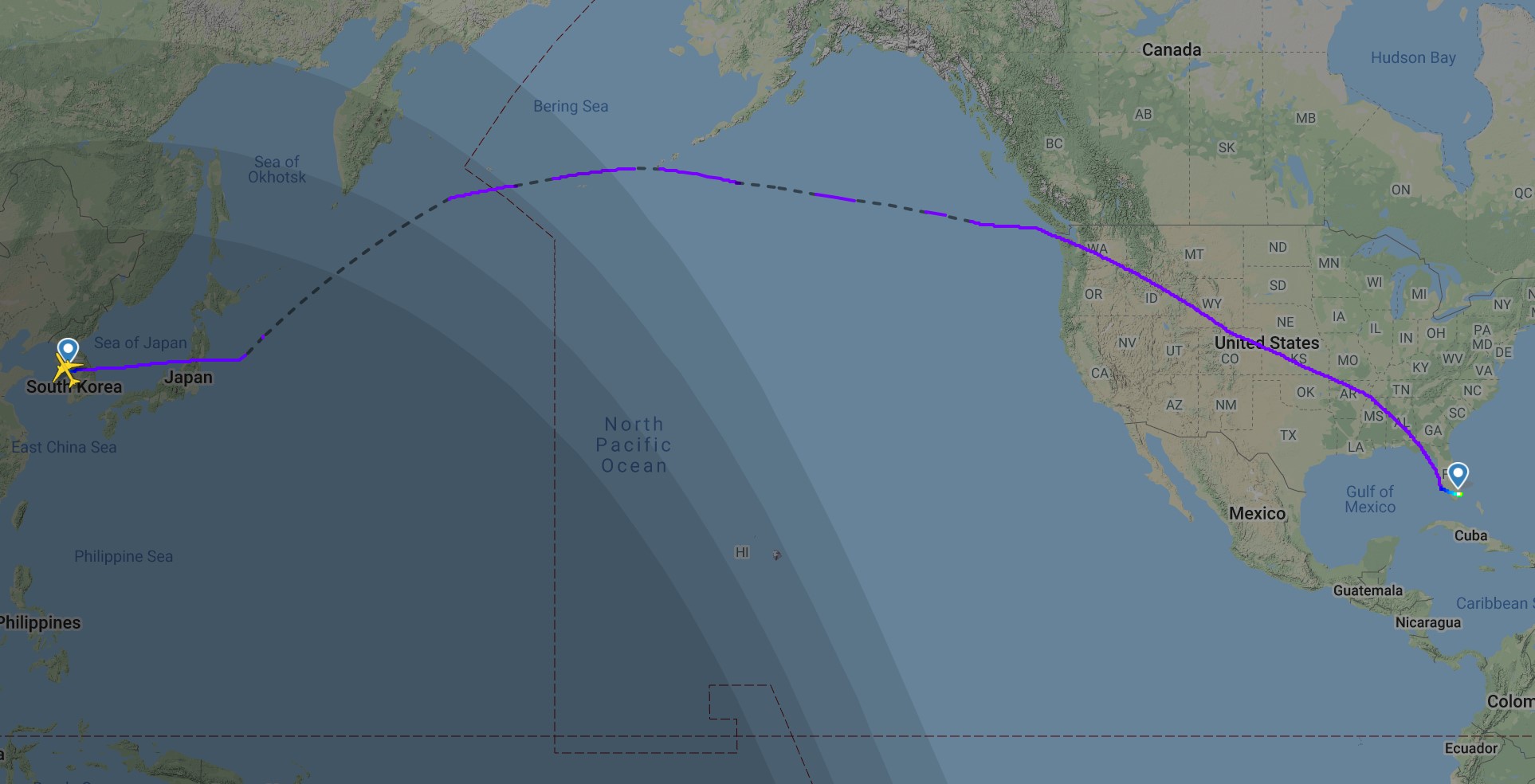